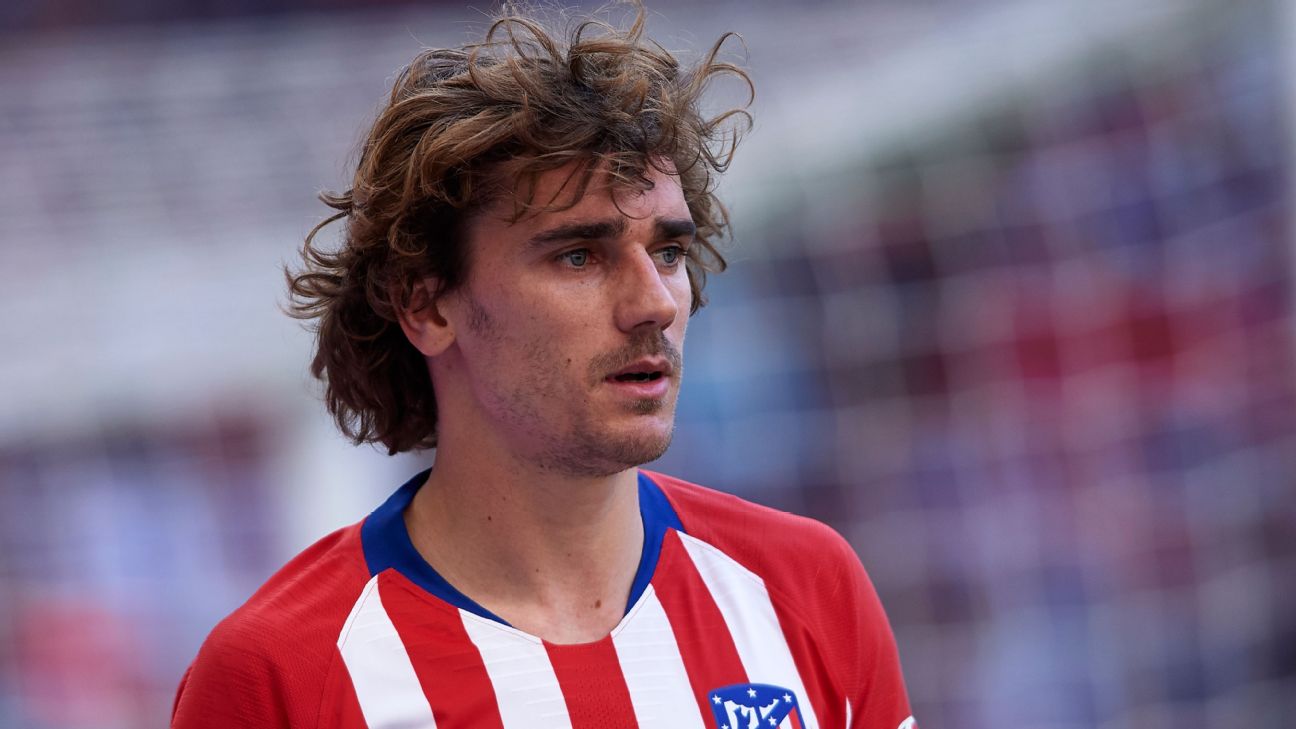 Barcelona have signed Antoine Griezmann after they deposited the Atletico Madrid forward’s €120 million buyout clause with La Liga, an amount that Atleti claim is €80m short.

Griezmann, 28, is expected to arrive in Barcelona over the weekend, where he will pen a five-year contract with the Spanish champions before joining preseason training next week. The deal also includes an €800m release clause.

The France international becomes Barca’s third signing of the summer, following the arrivals of Frenkie De Jong and Neto. Griezmann’s release clause dropped from €200m on July 1, and sources told ESPN FC at the time that the Blaugrana were working on a deal for the attacker.

✌️ Life is all about second chances. pic.twitter.com/5ArFiaP2ht

Atletico, however, claim they are due €80m more, because they feel the agreement between Barcelona and Griezmann predates the reduction in the buyout clause.

In a news release released on Friday, the club said”it is obvious that the agreement between the player and Barcelona was completed before the date of the buyout clause’s reduction from €200 to €120m.”

Barcelona delayed triggering the clause immediately in the hope they could negotiate a deal with Atletico that would allow them to pay the fee in installments. The two clubs met in Madrid last Thursday, but it quickly became apparent that Atletico would not accept a payment plan.

Atletico condemned Barca for approaching Griezmann while the La Liga title was still being contended between the two teams and demanded the player return to the club for training. He didn’t and was subsequently fined.

Sources at the Catalan club have told ESPN FC they are “relaxed” about Atletico’s threats, adding that Griezmann did not sign a precontract agreement before July and that they have not breached any of FIFA’s regulations.

ESPN FC first revealed in March that Griezmann was looking to leave Atletico. Barca were reluctant to move for him initially due to the way he turned them down via a documentary called “The Decision” last summer.

Following an internal debate, though, with Bartomeu and coach Ernesto Valverde both advocates for the signing, they decided to reactivate their interest in him.

Griezmann announced in May that he would be leaving Atletico this summer, but it was not until July, when his release clause dipped, that Barca confirmed they wanted to sign him.

Real Sociedad, Griezmann’s former club, are in line to pocket €24m from the deal due to a 20 percent sell-on clause inserted when they sold him to Atletico in 2014.

During five years with Atletico, Griezmann, a World Cup winner with France last summer, scored 133 goals in 257 appearances. He also won the Europa League, the UEFA Super Cup and the Spanish Super Cup in that time.