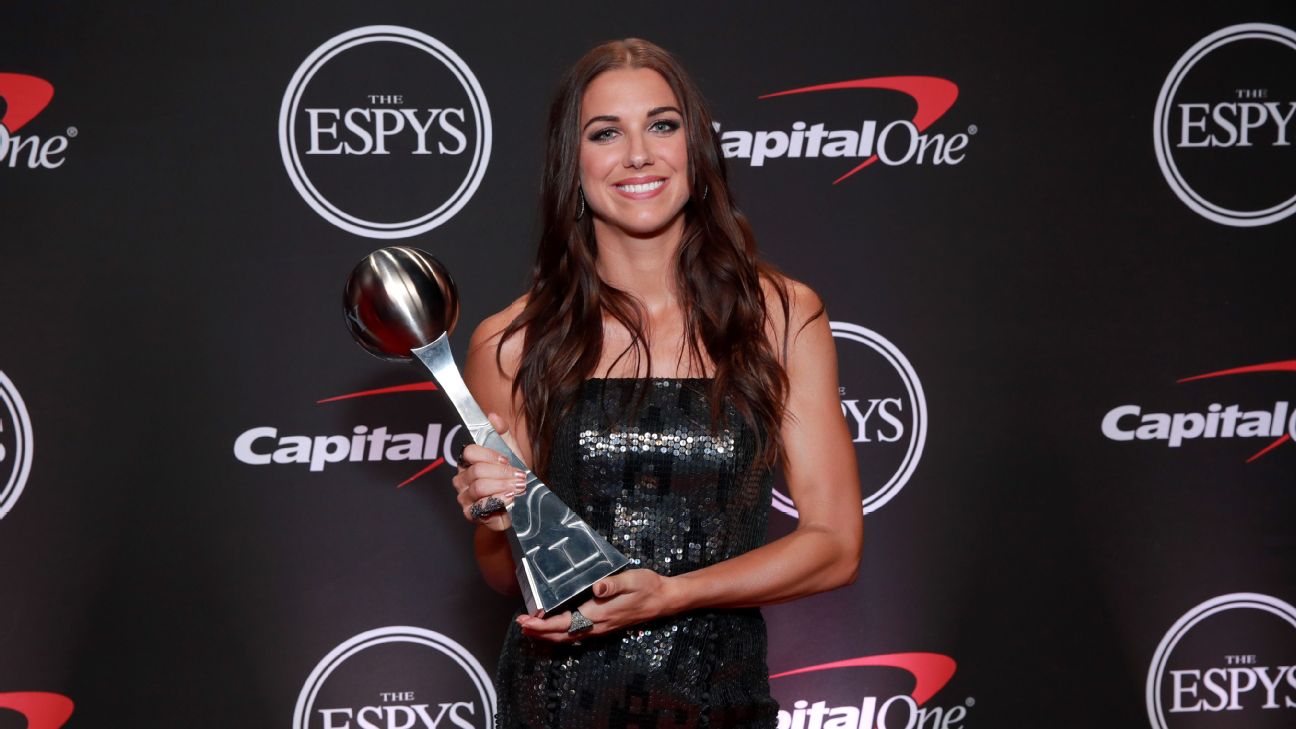 Just days after lifting the Women’s World Cup in France, Carli Lloyd, Megan Rapinoe and the rest of the USWNT were on hand to accept the award at the Microsoft Theater in Los Angeles.

Along with the Best Team award, Morgan earned the ESPY for Best Female Athlete, joking that it was the second best trophy she has earned this week.

The 30-year-old played a vital role in the U.S. retaining the Women’s World Cup, walking away as joint top-scorer of the tournament with teammate Rapinoe.

Messi was named Best International Men’s Soccer Player after leading his club to yet another Spanish crown this season, scoring 36 goals in 34 Liga appearances. The 32-year-old added a further 12 goals in 10 Champions League matches before seeing Barcelona losing out to eventual winners Liverpool in the semifinals.

The award caps off what has been a difficult month for the Argentina international, who saw his nation controversially beaten 2-0 by Brazil in the Copa America semifinal before being sent off in La Albiceleste’s 2-1 third-place playoff win over Chile.

Australia’s Kerr was named Best International Women’s Soccer Player. The Matildas star was top-scorer in both the NWSL and W-League last season, but was unable to inspire the Matildas past a round-of-16 spot at the Women’s World Cup.

Ibrahimovic received the ESPY for Best MLS Player after lighting up the league with LA Galaxy.

The outspoken striker has let his football do the talking for Guillermo Barros Schelotto’s side, scoring 13 goals in 15 MLS games this season.