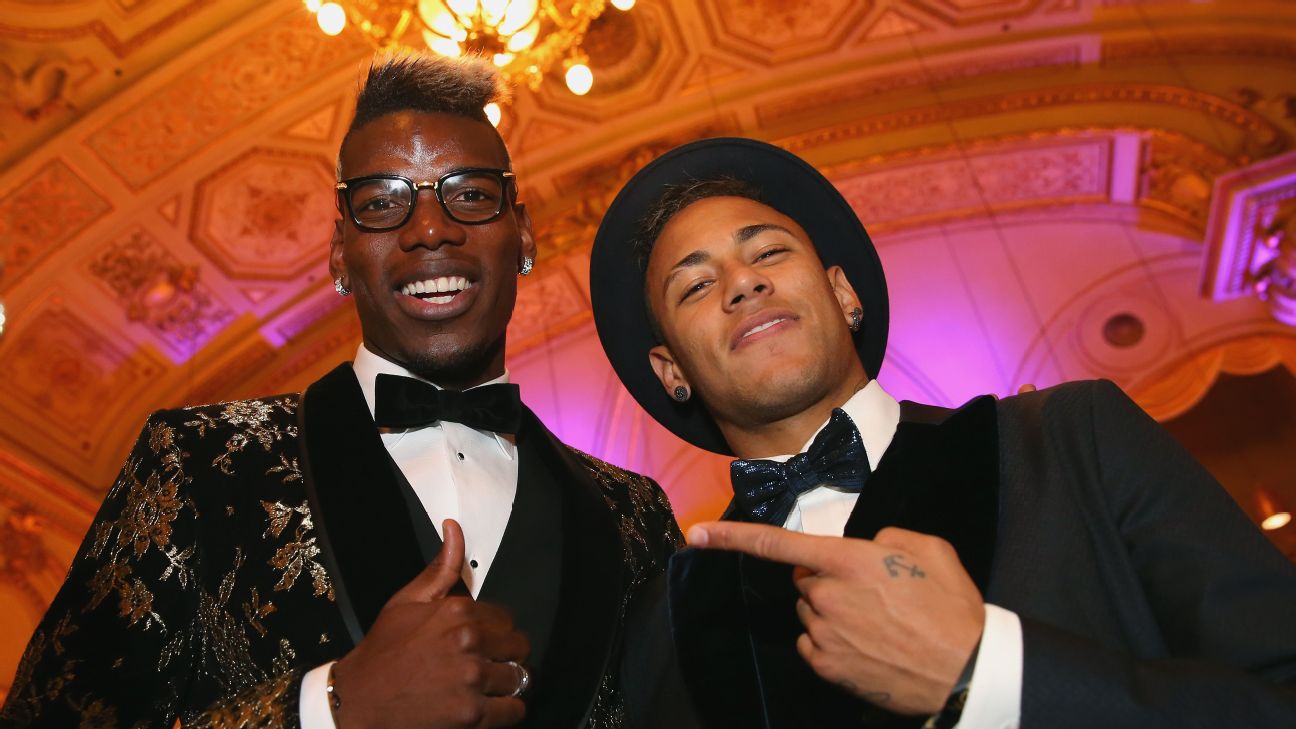 When Manchester United signed Angel Di Maria from Real Madrid for a then-British record transfer fee of £59.7 million in August 2014, research done by the club found that Google activity relating to the Argentine shot up by 1,111% on the day of his transfer compared to when he completed his move from Benfica to the Bernabeu four years earlier.

The same data also showed that searches for Radamel Falcao, on the day he sealed a loan move to United from Monaco, increased by 909% in comparison to interest in his transfer from Atletico Madrid to the Ligue 1 side 12 months prior.

- How should United respond if Pogba wants out?
- PSG say absent Neymar can leave under one condition
– Griezmann set for fine in Atleti-Barca saga

From United’s perspective, the numbers emphasised two things. First, that they are a club that can act as rocket fuel for any player’s commercial and social media profile. And second, that they can too often allow the lure of a player’s “brand” to obscure the most important factor for any professional participant in a team game — their ability to deliver on the pitch as spectacularly as they can do off it.

Twelve months after arriving at United in a blaze of publicity and social media spikes, Di Maria and Falcao were gone — shipped out by the club after proving to be abject failures when it came to doing what they had been signed to do, which was score and create goals for the team. Di Maria didn’t go quietly, either. Having failed to turn up for United’s 2015 summer tour of the United States, the winger forced a move to Paris Saint-Germain and left Old Trafford with few admirers, on or off the pitch.

The stories of Di Maria and Falcao should have been a warning to United and other high-profile clubs of the dangers of allowing a player’s “brand” or reputation to carry too much weight. But five years on from those moves to United, the “brand” footballer has become even more of a problem and it is not just United who are suffering the consequences this summer.

Paul Pogba, rated by SportsPro as the world’s most marketable athlete of 2018, is the player giving United plenty of heartburn this summer due to he and his agent’s unsubtle public statements about his desire to move away from Old Trafford.

PSG are dealing with their own high-profile superstar, Neymar, following his failure to report for preseason training earlier this week — the Brazilian is being linked with a return to Barcelona — while Atletico Madrid must somehow find a way to resolve the situation that has seen them left with an unhappy Antoine Griezmann following his failure to secure his own move to Barca.

Pogba, Neymar and Griezmann are all world-class players with brands to match. Many at United and PSG would argue that Pogba and Neymar have underperformed and underdelivered for their teams, but if you asked those in the commercial departments at Old Trafford and the Parc des Princes, they would insist that each has been a huge success.

Pogba and Neymar are hugely recognisable figures across the globe, which is why they remain so valuable to their clubs. Atletico have also done well with Griezmann as a commercial entity — the France forward has delivered on a far more consistent basis than Pogba and Neymar on the pitch, too — but his self-indulgent “I am staying at Atletico” announcement last summer hinted at a player whose ego had begun to grow at an alarming rate.

Griezmann played the same card by releasing his decision to leave Atletico on social media at the end of last season, but it has since backfired. To this day, the 28-year-old remains an Atleti player, albeit one who has now alienated himself in the eyes of the club and their supporters.

Pogba is the subject of scorn on a daily basis from supporters and former players alike as a result of his actions surrounding his United future this summer, while PSG sporting director Leonardo has admitted Neymar can leave for the right offer due to the French club running out of patience with the 27-year-old.

But there is also a sense of reaping what you sow with Pogba and Neymar.

United have long made it clear that a player’s commercial power matters at Old Trafford, with Richard Arnold, the club’s managing director, claiming as far back as 2012 that United have a squad of “25 George Clooneys.”

“Our games are shown in 1.1 billion homes across the globe and you think “which film does that 60 times a year?” Arnold added. “Be it George Clooney or Brad Pitt, what is there where that is shown? There just isn’t anything like it.”

PSG, meanwhile, when they signed Neymar from Barcelona for a world record £198m in August  2017, admitted the deal was as much about making a statement of their intention to grow as it was about winning trophies, saying Neymar’s “arrival into the Paris Saint-Germain family emphasises more than ever the club’s aims to rise to the top of world football.”

From a purely football perspective, you have to question whether all of the commercial uplift and brand awareness generated by signing Pogba and Neymar has really been worth it for United and PSG, respectively. And how much have Atletico benefited from helping Griezmann develop his own brand to the point where his premature social media pronouncements end up creating a problem for everybody connected to him?

From Di Maria and Falcao to Pogba and Neymar, there is a thread that leads to the conclusion that allowing the brand to become as important as the football rarely ends well. In other words, the short-term gain doesn’t really translate to long-term success where it matters most — on the pitch.