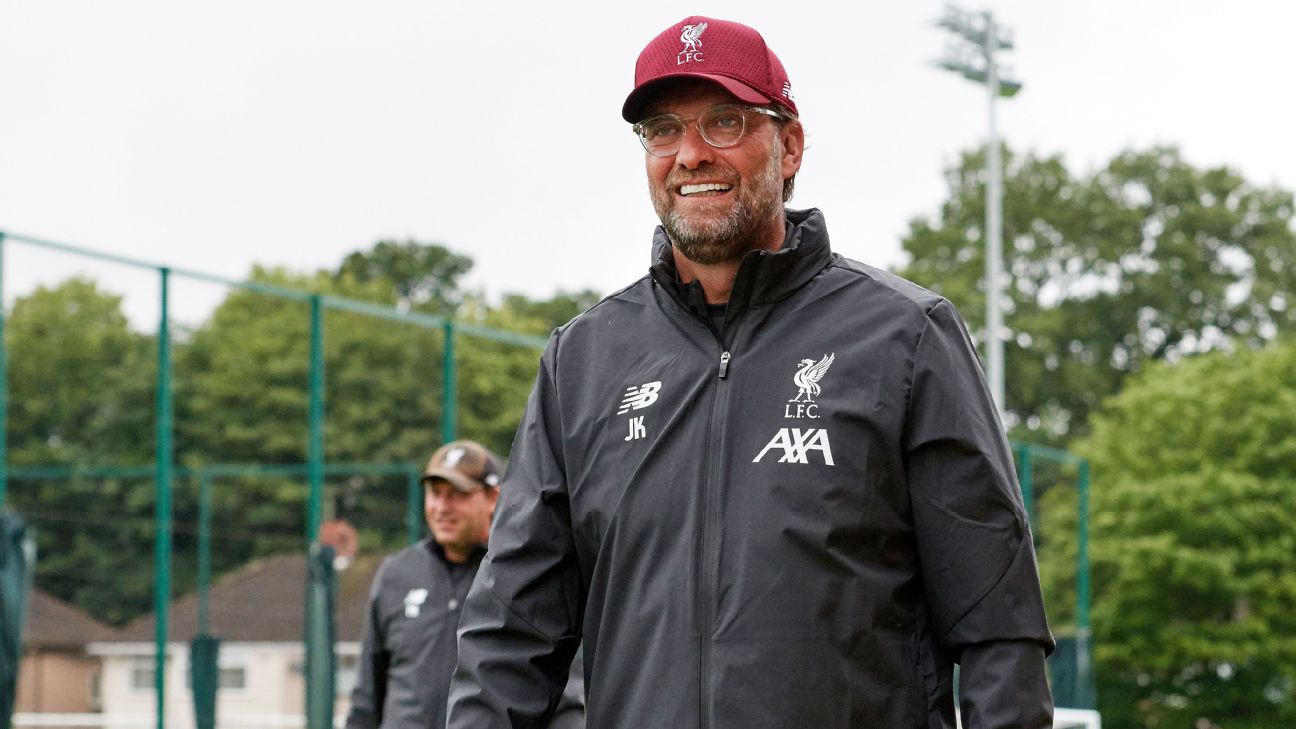 Liverpool manager Jurgen Klopp has reiterated that the club will be measured rather than spend massively this summer following their opening 6-0 pre-season victory over Tranmere Rovers.

The club’s latest acquisition, 16-year-old Harvey Elliot, was in the Prenton Park stands to witness several of his teenage teammates stand out.

Rhian Brewster, Yasser Larouci and Ki-Jana Hoever were particularly impressive as Liverpool got their preparations for 2019-20 underway.

Klopp admitted it will be a testing conditioning period for the European champions on account of their absent world-class talent.

– Man City vs. Liverpool: When is the Community Shield?
– When are Liverpool in the FIFA Club World Cup?
– When is the Champions League group-stage draw?

Mohamed Salah, Roberto Firmino and Alisson have only just begun their off-season break following exertions at the Africa Cup of Nations and Copa America, respectively.

Sadio Mane’s Senegal are in the AFCON semifinals to be contested on Sunday and are favourites to reach next Friday’s showpiece in Cairo.

Naby Keita and Xherdan Shaqiri are nursing injuries and Klopp admitted that while Liverpool are keeping an eye on the market, there is unlikely to be major business.

“The transfer market is open. We will see what we do, but I don’t think it will be the biggest transfer window of all time,” he said.

“Rhian Brewster, Alex Oxlade-Chamberlain and all the young boys didn’t play for us last year.

“It is a difficult pre season for us — Sadio is in the semifinal, which means he has two more games and will come late.

“The Brazilians have finally finished a 13-month season. We will not have a pre-season together, only just a week before we start the games.

“We looked tonight like we can find some solutions. It was a good sign for us, but we have to be better than last season.”

Brewster, the standout player against Tranmere with two goals and an assist in the first half, was one such solution to alleviating the attacking burden on Firmino, Salah and Mane.

“Rhian is a top striker, he is a top talent and I have told him already that he has an important role this year, but how important depends on him,” Klopp said.

“We will see. He has to play different positions as well — the centre, the wing is possible I think. We will see how we line up, but there will be opportunities for him, I am sure.”

Thursday night provided the first opportunity to see Liverpool in action again following their Champions League triumph, but Klopp reminded his players that their focus should be on the objectives for the season ahead rather than the success already attained.

“They should be happy and get confidence from it, but it is not like we are running around saying we are Champions league winners 24-hours a day,” the manager said.

“During the season we have to go for winning something new and not look back. We want to play the best season we can play.”