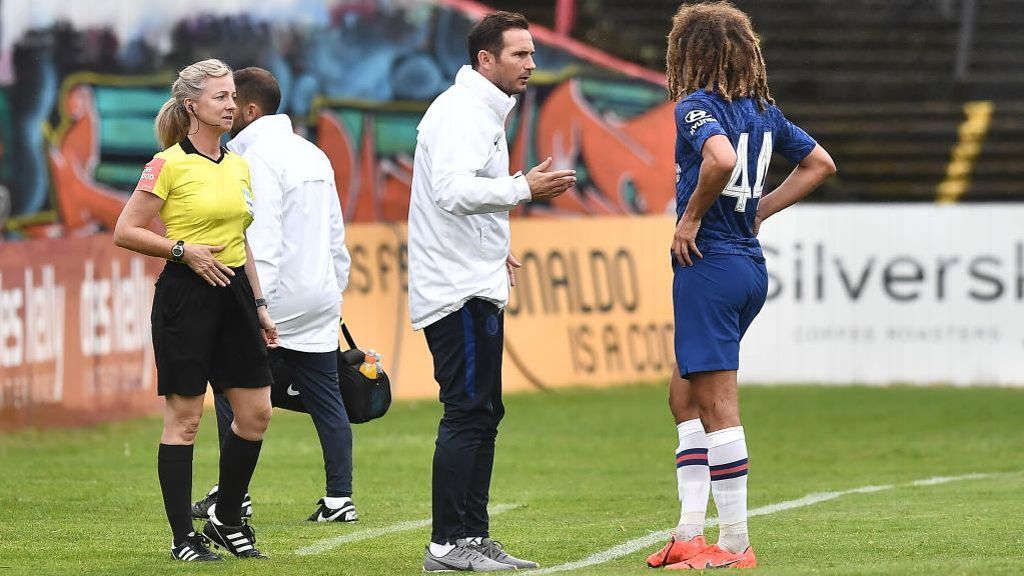 Frank Lampard was denied victory in his first match as Chelsea head coach with a late goal from trialist Eric Molloy snatching a 1-1 draw for Bohemians in Dublin.

Michy Batshuayi put Chelsea in front after just eight minutes when he pounced on Kenedy‘s deflected shot in the box, but Molloy found the top corner after racing onto Keith Ward’s pass as the League of Ireland side finished stronger.

Lampard had promised a “clean slate” for every Chelsea player at his unveiling last week, and backed up his words by handing Batshuayi, Danny Drinkwater and Kenedy opportunities to impress from the start.

Chelsea academy player of the year Conor Gallagher was the No.10 in a 4-2-3-1 formation, supplied by Ethan Ampadu alongside Drinkwater at the base of midfield and fellow Cobham talents Marc Guehi and Dujon Sterling in defence.

Bohemians found themselves pinned back early by confident Chelsea passing and intense pressing, and Batshuayi capitalised on a fortunate bounce of the ball to lash the visitors in front inside eight minutes.

Batshuayi and Ampadu were Chelsea’s two most impressive performers in a first half short on clear chances, though Gallagher spurned a decent opportunity to double the lead when he blazed over from the Belgian striker’s cutback.

Lampard made 11 changes at half-time, switching to a 4-3-3 system and introducing Tiemoue Bakayoko and Kurt Zouma as well as several academy prospects and Izzy Brown, fit again after a serious knee injury.

Chelsea began the second half as brightly as they had the first, with the lively Billy Gilmour twice threatening the Bohemians goal after late runs into the penalty area and Bakayoko stinging the palms of James Talbot with a low strike.

Both teams allowed their intensity to drop off for much of the final half-hour, but Bohemians took encouragement from some unconvincing Chelsea defending to push for an equaliser in the last 10 minutes.

Ike Ugbo came within inches of converting Brown’s low cross barely a minute later to provide a final twist, but Bohemians were left to celebrate the draw.

Chelsea are next in action against St Patrick’s Athletic, another League of Ireland side, at Richmond Park in Dublin on Saturday.