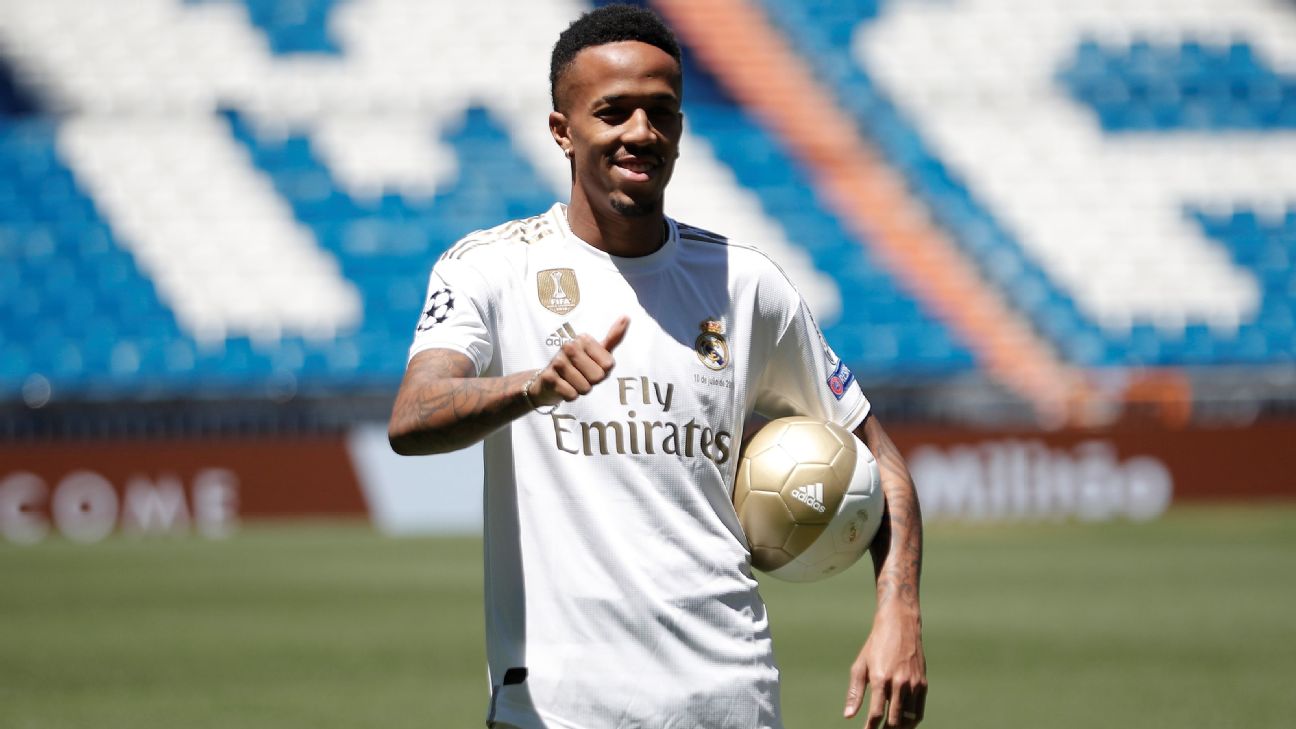 Real Madrid’s presentation of new €50 million defender Eder Militao was cut short when the 21-year-old Brazil international complained of feeling dizzy and had to be helped away to recover.

The midday event at a sweltering Bernabeu was proceeding as expected, with the former Porto player having spoken of his joy at arriving at the “biggest club in the world” and promising to “give everything on the pitch” for his new team.

Video | Militão started feeling dizzy and had to end the press conference. pic.twitter.com/RZrIbxVNYo

Then just as a reporter was beginning a question about the future of his international teammate Neymar, Militao began to loosen his tie and took a deep drink of water before saying: “I feel dizzy, I feel dizzy, it’s so emotional. I can’t do anything more.”

Madrid’s press officer immediately ended the news conference, and the player was quickly helped away from the room.

Messi ‘annoyed’ by pen miss despite Argentina win
Sources: Gabriel Jesus out for rest of World Cup
The seven tendencies Lionel Messi displayed against Poland
Koulibaly strike sends Senegal into last 16
Follow live: Ecuador, Senegal square off with a spot in the round of 16 on the line