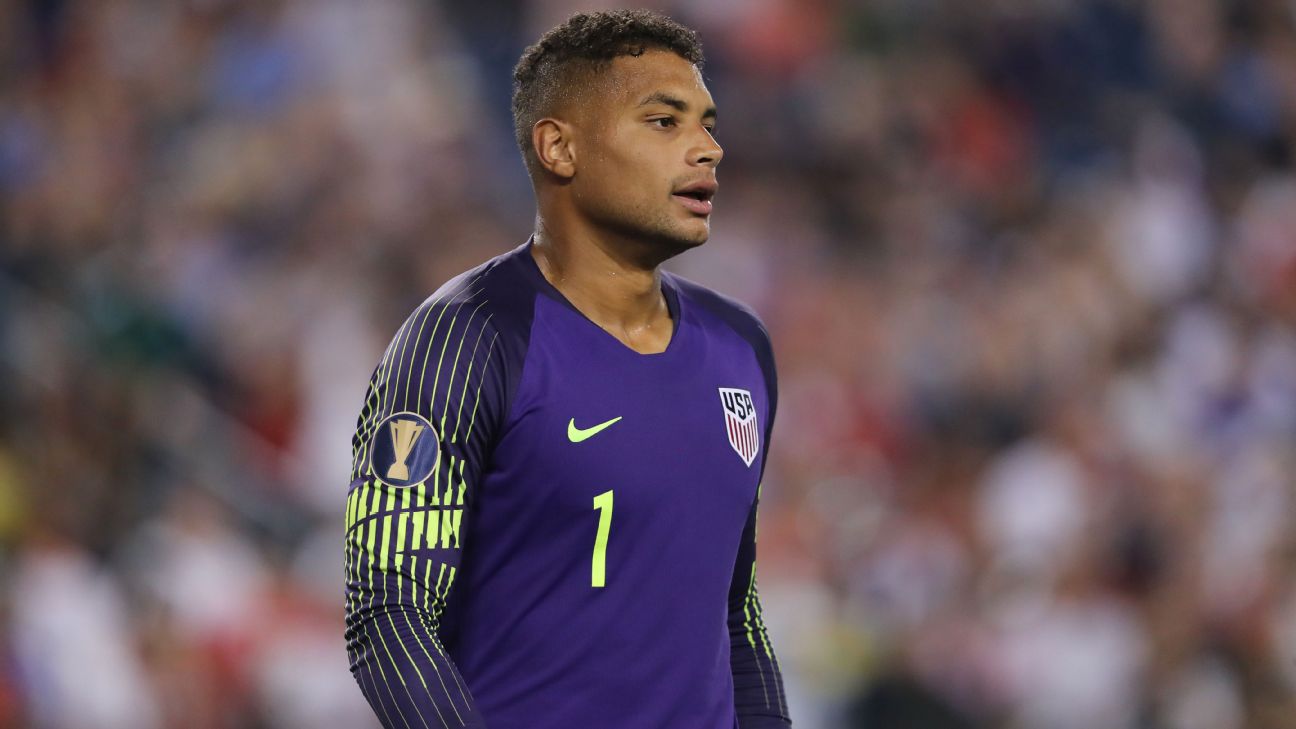 The 24-year-old is making a return to the Bundesliga three years after leaving SC Freiburg for Columbus Crew.

“I am happy to be coming back to Germany and be joining such a historic club,” he said in a short video message released by Fortuna.

Earlier this summer, Steffen joined City from Columbus Crew for a fee between £7 million and £10m. He signed the contract earlier in 2019 and the transfer became official on July 9 — the day Dusseldorf announced the loan deal.

He said of Steffen: “His technique is well-trained, he is strong in the one-on-one situation and is an outstanding footballer. Manchester City made the decision to sign him to a long-term deal for a reason.”

Steffen, who only conceded two goals at the 2019 Gold Cup, will now look to make his first Bundesliga appearance after being limited to just 14 matches for Freiburg’s under-23 side during his first stint in Germany.

He will compete for the place between the Dusseldorf posts with 35-year-old Michael Rensing, who played a solid season as Fortuna steered clear of relegation in their first year in the top flight since 2013.

Steffen won the MLS Goalkeeper of the Year award in 2018 and featured in five of the six Gold Cup matches for the U.S., who finished the tournament as runners-up.