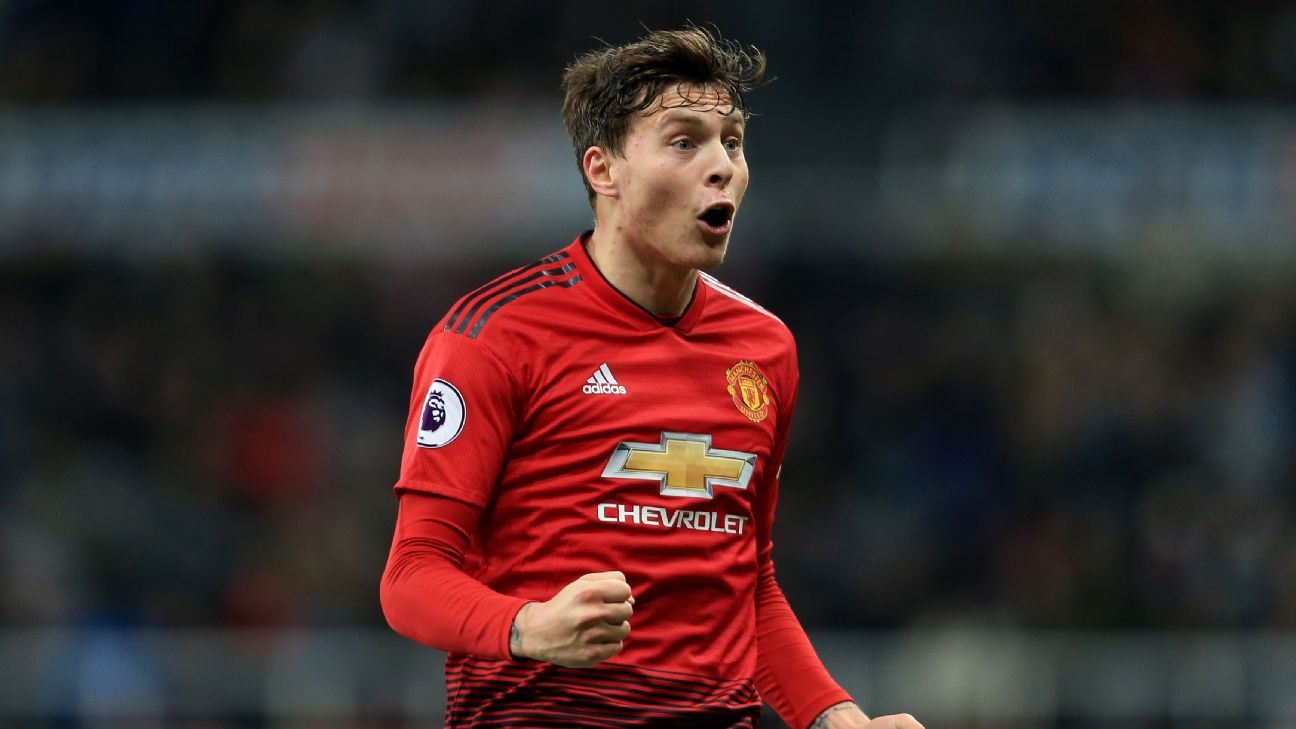 With Matthijs de Ligt almost certainly heading to Juventus, Barcelona’s search for a new centre-back has taken a surprising turn — to Manchester of all places.

According to Mundo Deportivo, the Spanish champions are interested in oft-criticised United centre-back Victor Lindelof.

The Sweden international endured a difficult start to life at Old Trafford after his €35 million move from Benfica in 2017, but is slowly beginning to find his feet in the Premier League.

Can Barcelona convince Ole Gunnar Solskjaer and Co. to cash-in on Lindelof now to fund yet another rebuild of United’s squad? The Spanish outlet says that Barca are hoping to open talks this week.

Another day. Another story surrounding the future of Paul Pogba. No really. This time it’s The Sun claiming that he has been asked to stay at Old Trafford for one more year before calling it a day on his consistently underwhelming career in the North West.

Ole Gunnar Solskjaer is calling on the French star to remain at the club for next season as he rebuilds a squad capable of challenging for major honours, before letting him head off next summer — with Juventus and Real Madrid those most likely to spend big for the France international.

Solskjaer, with the backing of the United board, are set to propose a deal which they believe would suit both the player and the club. The Red Devils could end up bolstering their coffers to the tune of £120m in 2020, while Pogba would get his wish to do move on without holding the club ransom in the current window.

PSG’s new sporting director has come clean and admitted that he can’t promise that Kylian Mbappe will remain at the club for the long-term. Leonardo returned to the club earlier this year and knows he has his work cut out to keep the French star in the French capital beyond his current contract, with Real Madrid — where else? — the most likely destination for him.

Mbappe recently admitted that his career had reached a “turning point” — possible code for get me on a plane to Madrid as soon as possible. Now Leonardo’s admission will send fresh hares running in both France and Spain even as the club deals with a burgeoning transfer saga involving Neymar.

“I never make promises,” Leonardo told Le Parisien. “For two reasons: the first is that I am not the person who does everything at the club; the second, I do not want to pluck promises out of thin air, without being certain I can keep to them.”

Refreshing honesty from the Brazilian.

Inter Milan’s bigwigs are expected to be spotted in Manchester over the next few days as the Italian giants look to finalise a deal to bring Romelu Lukaku to the San Siro. So say Calciomercato, who reports that the saga over the Belgian forward’s future could soon be at an end. Or at least a little nearer its conclusion.

Despite Lukaku’s apparent desire to quit Manchester United, there has been little firm news on his departure until now. But with his agent, Federico Pastorello, pushing for a move, and Lukaku apparently keen on playing under new Inter boss Antonio Conte, it looks at though the wheels are finally being put in motion for the Belgian to move to Italy.

– It’s shirt number dishing out time again and it looks as though Nikola Kalinic could be the man who misses out for Atletico Madrid this season. According to Marca, his No. 9 shirt has been handed to Alvaro Morata, with Kalinic instead being given the far-from-coveted 21 in a clear indication that his future may lay away from the Spanish capital. Hardly surprising given that Kalinic will be vying for a first-team place with the prodigious Joao Felix, Morata and Diego Costa this time around.

– And finally, The Sun reports that Arsenal are looking to hijack Everton‘s move for Barcelona winger Malcom. That could be bad news for Wilfried Zaha, who had been Unai Emery’s top target.