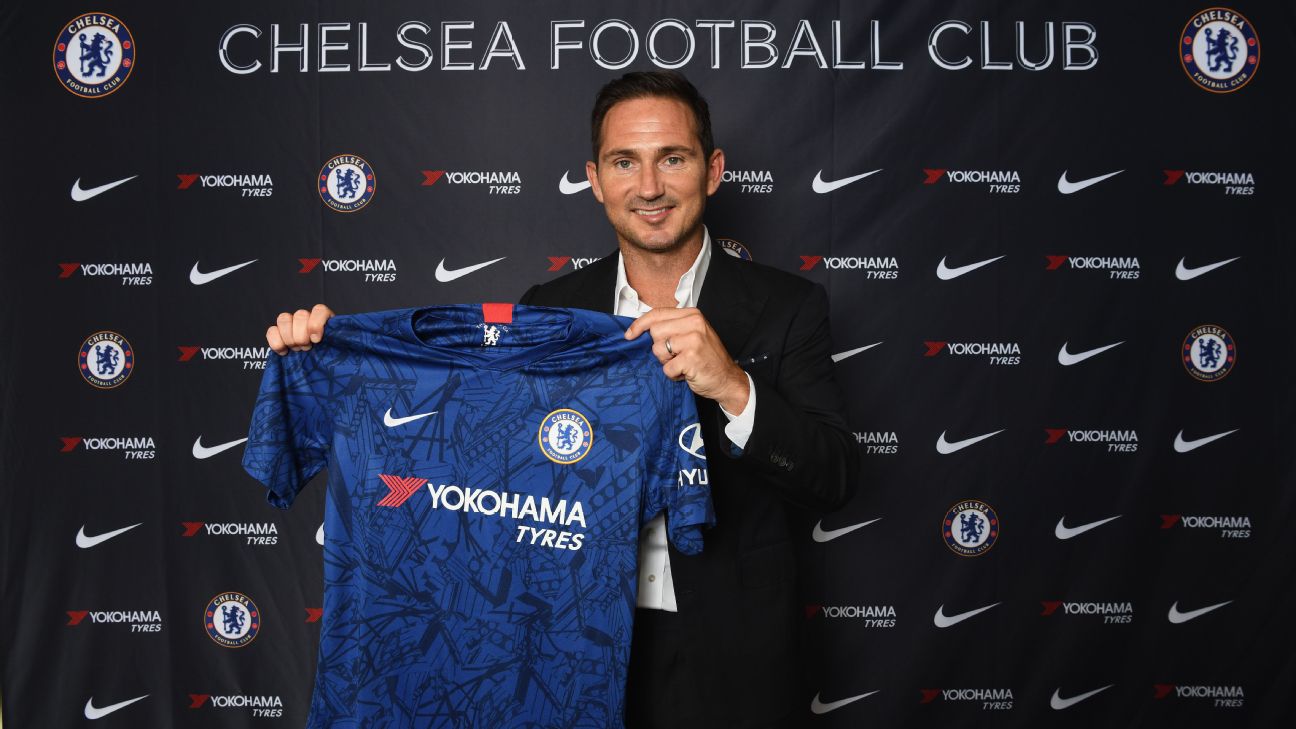 LONDON — Frank Lampard revealed he did not speak to Chelsea owner Roman Abramovich prior to being appointed the club’s new head coach, adding that director Marina Granovskaia instead led the recruitment process.

Chelsea unveiled Lampard to the media on Thursday after securing him on a three-year contract from Derby County as the replacement for Maurizio Sarri, who left to take over at Juventus last month.

Lampard has a long-standing relationship with Abramovich dating back to his illustrious 13-year stint as a Chelsea player, but said the conversations that ultimately sealed his return to Stamford Bridge were held with Granovskaia, who oversees the day-to-day running of the club on the billionaire’s behalf.

– Ogden: Will Lampard sink or swim as Chelsea boss?

“I will be speaking with the owner in preseason. I know he is a busy man and I know he is a very private man and I respect that completely so it won’t be one where I come out explaining what has been said.

“I do think one of the benefits of me being here is that I don’t need huge amounts of conversation. The conversations I had with Marina were exactly as I expected. We want to be competitive, yes we want to bring young players through but that is something I should look to do anyway — it isn’t a major part of the conversation and we want to win.

“I felt that from the minute the owner came in years and years ago. I remember him landing at Harlington, coming and speaking to us and for me the landscape of the club changed in an instant because of the desire for excellence.

“A desire for excellence in training facilities at the time, standards on the pitch at the time and I don’t think the levels have dropped since then.

“It is not easy every year. Nobody can win the league year in, year out and have complete success. But for me that hasn’t changed, so when I do speak to the owner I expect him to demand the same things I demand of myself and the team.”

Lampard’s return to Chelsea, with former academy coach Jody Morris as his assistant, has raised hopes that the club may finally be prepared to give their most talented homegrown prospects an opportunity to shine in the first team. But while he views it as a key part of his job to create a pathway for talented youngsters, Lampard was also keen to stress opportunities to play in his Chelsea team will need to be earned.

“The reality is we should be competing no matter what and my job is to try and find a balance between the players that think they are in the first-team squad and the players breaking through,” he added. “There is no use me sitting here and saying I’m going to play all the young players. They have to show individually they can do it so the balance from me will be to remain competitive and bring them through.

“Every manager has their own idea. My eyes will always be open to the young players but they have to show they are good enough because we can’t lower our levels too much.

“This is Chelsea, so I am not going to be doing young boys favours and put them in the team. They need to prove themselves to get in the team and if they can do that I will be proud because it will be what I see as a big part of my job this year.”

Chelsea’s inability to register new players due to a FIFA-imposed transfer ban may help provide further encouragement to their academy prospects, but Lampard does not believe it should be the deciding factor.

“Personally I think the motivation should be there [anyway], but I understand that if a door can seem locked for a long time then it can affect young players.

“I have spoken about it and I will make it very clear going in that the door is open if you prove that you are good enough, but I do think the motivation should be there.”

Galaxy fined, president suspended for hidden pay
USMNT out of up after rounWorld Cd of 16 loss
Spain won’t gamble to avoid Brazil clash – coach
No charges over racist chants towards Vinicius
Pele responding well to treatment for respiratory infection – hospital