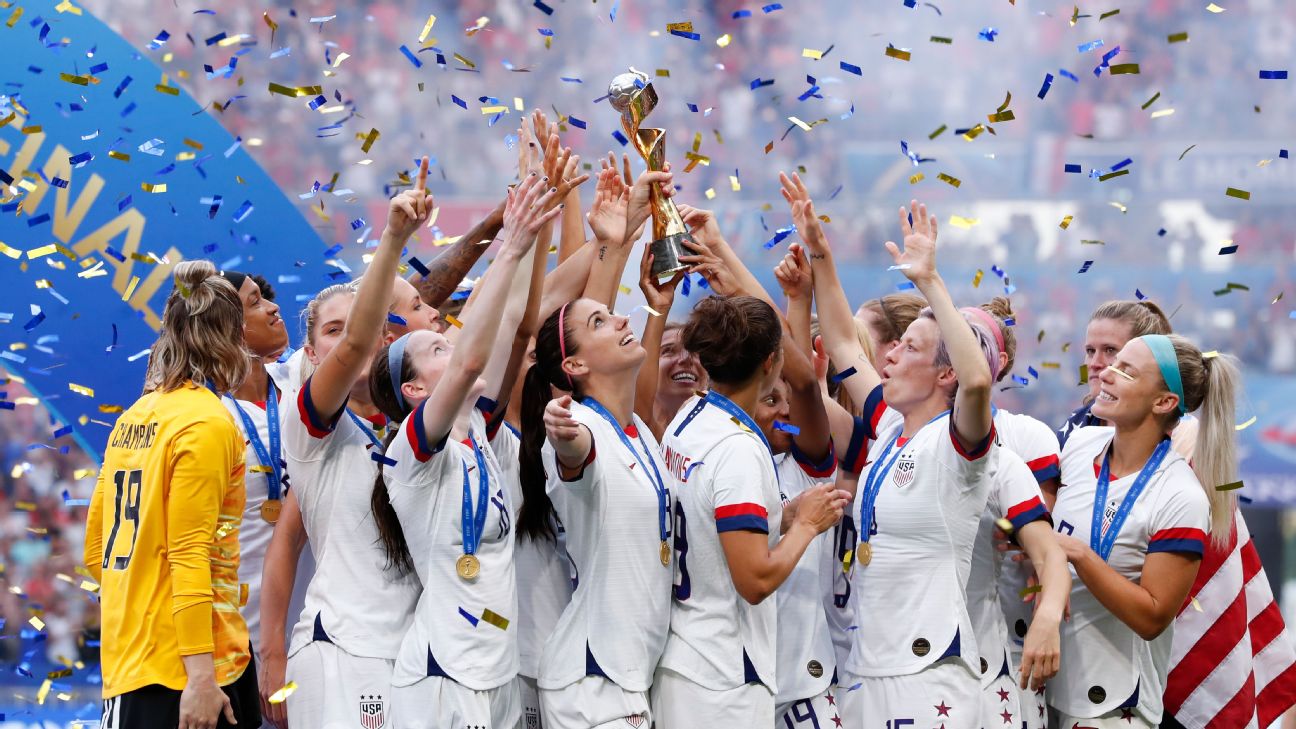 Senator Joe Manchin (D-W.Va.) introduced a bill Tuesday that would prevent the federal government from providing funding for the 2026 FIFA World Cup until the United States Soccer Federation agrees to equal pay for its men’s and women’s national teams.

“No federal funds may be appropriated or otherwise made available to provide support for the 2026 World Cup, including support for a host city, a participating State or local agency, the United States Soccer Federation, the Confederation of North, Central America and Caribbean Association Football (CONCACAF), or the Federation de Football Association (FIFA), until the date on which the United States Soccer Federation agrees to provide equitable pay,” the bill reads.

In March, 28 members of the U.S. women’s national team filed a lawsuit against the U.S. Soccer Federation accusing U.S. Soccer of gender discrimination.

On Sunday, the U.S. won the 2019 Women’s World Cup with a 2-0 victory over the Netherlands. The U.S. never trailed during the tournament and beat the second, third and fourth place teams on its way the title.

After the final, the crowd at the Parc Olympique Lyonnais in Lyon chanted “equal pay” during the post-match celebration.

“The clear unequitable pay between the U.S. men’s and women’s soccer teams is unacceptable and I’m glad the U.S. Women’s Soccer Team latest victory is causing public outcry,” Manchin said in a statement. “They are the best in the world and deserve to be paid accordingly.”

Within moments of the final whistle on Sunday, a spokesperson for the U.S. women’s players association released a statement contending the 2-0 win and all that went with it was further proof that the men’s and women’s national teams should be paid equally.

“At this moment of tremendous pride for America, the sad equation remains all too clear, and Americans won’t stand for it anymore,” the statement read. “These athletes generate more revenue and garner higher TV ratings, but get paid less simply because they are women. It is time for the federation to correct this disparity once and for all.”

The Wall Street Journal reported on the eve of the first U.S. knockout round game that U.S. Soccer and representatives for the 28 players involved in the ongoing lawsuit have agreed to mediation that will begin as soon as possible after the World Cup.

Players deferred to their legal representation throughout the tournament, saying they preferred to focus on soccer, but they didn’t miss the significance of the crowd’s reaction Sunday.

“It’s cool because unless we get to the final, and obviously win the final, maybe that chant isn’t being chanted,” Tobin Heath said. “So I think in a lot of ways, this team has been, I guess you could call it, single destiny with this fight for equal pay.

“I think it’s our responsibility, and it’s something that we love to do.”

Information from Reuters was used in this story.