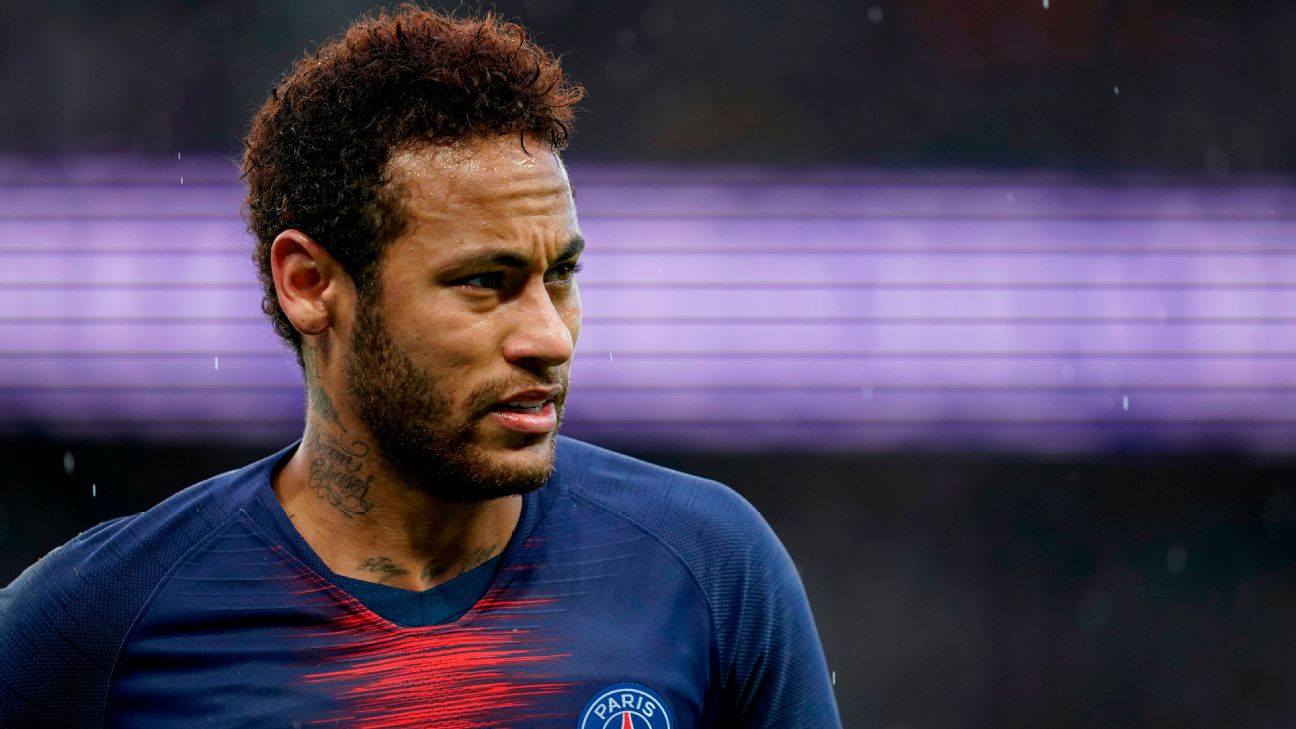 Neymar will report to Paris Saint-Germain’s preseason training on Monday, something the French club had been informed of weeks ago, according to the player’s father and agent.

PSG announced they would take “appropriate action” against the Brazil forward after he failed to turn up for the first day of training on Monday, a move that Neymar Sr. laments.

“We had commercial and institutional commitments [on Friday, Saturday] set,” Neymar Sr. told Fox Sports Brasil. “For the past five years, [Neymar’s] institute takes part in those.

“PSG, with the presence of president Nasser [Al-Khelaifi] included, took part in those events. I don’t understand the reason for this arbitrariness. We are annoyed by this but PSG knew about this situation.”

Instituto Neymar Jr. is a “non-profit civil society organisation dedicated to social causes and serving thousands of children, adolescents and their families,” according to NR Sports, the company that manages the ex-Barcelona man’s career and image rights.

PSG sporting director Leonardo said those dates “were not agreed with PSG” and added that Neymar would face the same consequences as “any other employee” for his unapproved absence.

Neymar has been strongly linked with former club Barcelona in recent months, and Leonardo said Neymar can leave the club this summer if the right offer comes along.

Meanwhile, sources at Barcelona have told ESPN FC that Leonardo’s comments will not speed up any potential transfer. The club has already acknowledged publicly that Neymar wants to return, although president Josep Maria Bartomeu had said PSG did not want to sell the player.

Knowing Neymar is available, though, will not change their plans this summer. They are exploring what sources have said is a “complicated but not impossible” move for the Brazilian, while also continuing their pursuit of Antoine Griezmann. A deal for the Atletico Madrid forward should be completed this week.

However, while Leonardo added there had been “superficial contact” with Barca, the French champions had not received any offers for the 27-year-old.

UOL Esporte reported Neymar spoke to Leonardo, who presented his team project to the player. However, according to the Brazilian outlet, while Neymar praised the ideas of the new sporting director, he reiterated his wish to leave PSG this summer.

Neymar, who joined PSG in a world-record €222 million transfer from Barcelona in 2017, has three years left on his contract with the Ligue 1 giants.

He missed the Copa America, which his country hosted and won, because of an ankle ligament injury sustained during the team’s preparations for the tournament.