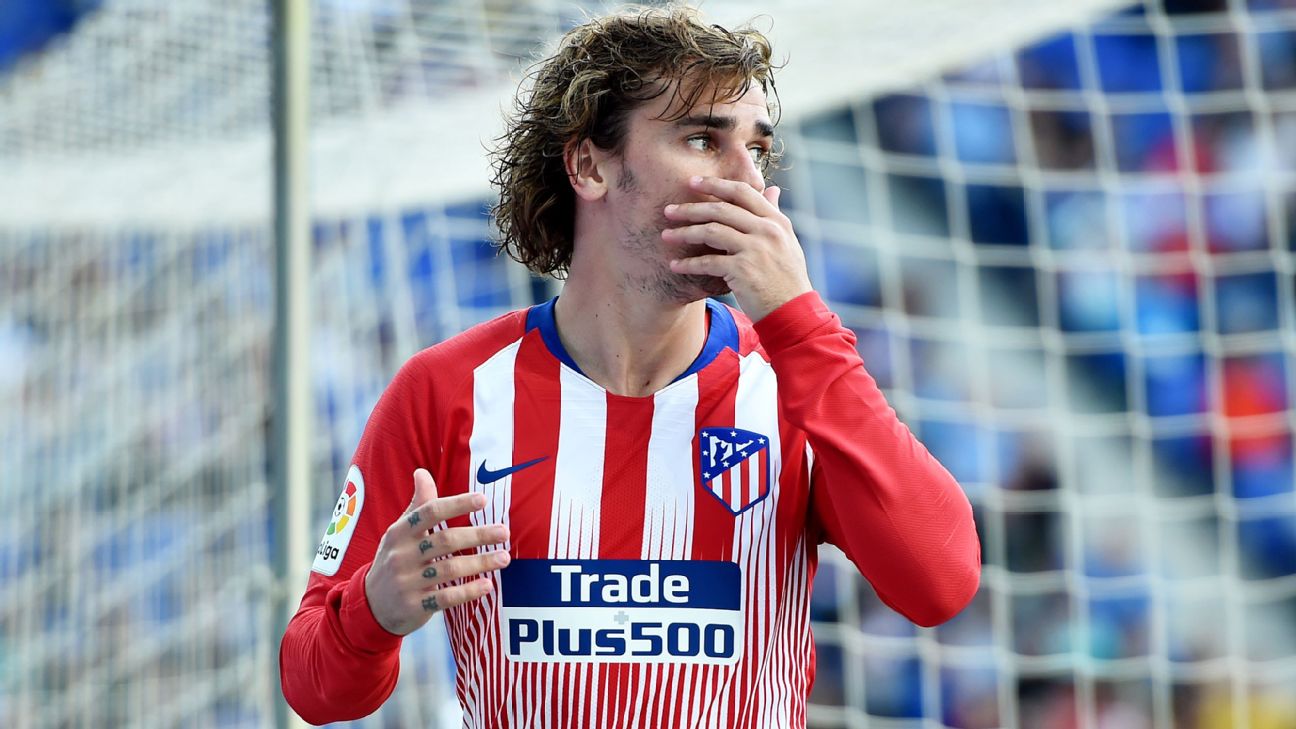 Atletico Madrid have publicly denounced the behaviour of both Antoine Griezmann and Barcelona, while saying they have turned down a request from the Catalan outfit to be allowed to sign the France international now but pay for him later.

At the end of last season, Griezmann, 28, informed Atletico that he was leaving and Barca were expected to immediately trigger the clause when it dropped from €200 million to €120 million on July 1.

However, nobody has yet visited the La Liga offices to deposit the money, and blaugrana president Josep Maria Bartomeu said at a news conference on Friday afternoon that “first contact” over the transfer took place on Thursday when Barca director Oscar Grau met with Atletico chief executive Miguel Angel Gil.

Soon after Bartomeu had finished speaking, Atletico responded with a lengthy and angry club statement which denounced the behaviour of both Barcelona and a player who remains under contract at the Wanda Metropolitano, and added that the request for “deferred payment” of the €120m release clause showed “disrespect.”

“On May 14, Antoine Griezmann informed Miguel Angel Gil, Diego Pablo Simeone and Andrea Berta of his decision to leave our club at the end of the season,” the statement said. “In the days that followed that meeting, Atletico Madrid learned that FC Barcelona and the player had reached an agreement in March, specifically in the days following the return match of our Champions League tie against Juventus, and that they had been negotiating the terms of the agreement since mid-February.

“Regarding president Bartomeu’s statement today we wish to state that it is true that yesterday there was a meeting between Miguel Angel Gil and FC Barcelona CEO Oscar Grau, at Barcelona’s request and that at that meeting, Mr. Grau expressed his intention, once the release clause of Antoine Griezmann’s contract had decreased from 200 to 120 million euros, to ask for a deferred payment of the aforementioned amount of the clause in force as from July 1. Atletico Madrid’s response was obviously negative, as we believe that FC Barcelona and the player have disrespected Atletico Madrid and all its fans.”

Atletico’s statement went on to say that they expected Griezmann to be at training on Sunday with his current teammates, while saying both the player and Barca had broken “basic rules of integrity” by negotiating a transfer last February when he and Atletico were still in competition against the Catalans on two fronts.

“Through this statement, Atletico Madrid wishes to express its strongest disapproval of the behaviour of both, especially FC Barcelona, for prompting the player to break his contractual relationship with Atletico Madrid at a time of the season when the club was involved in the Champions League tie against Juventus, as well as the league title race against FC Barcelona, something that we believe violates the protected periods of negotiation with players and alters the basic rules of integrity in any sporting competition, as well as causing enormous damage to our club and its millions of fans.”