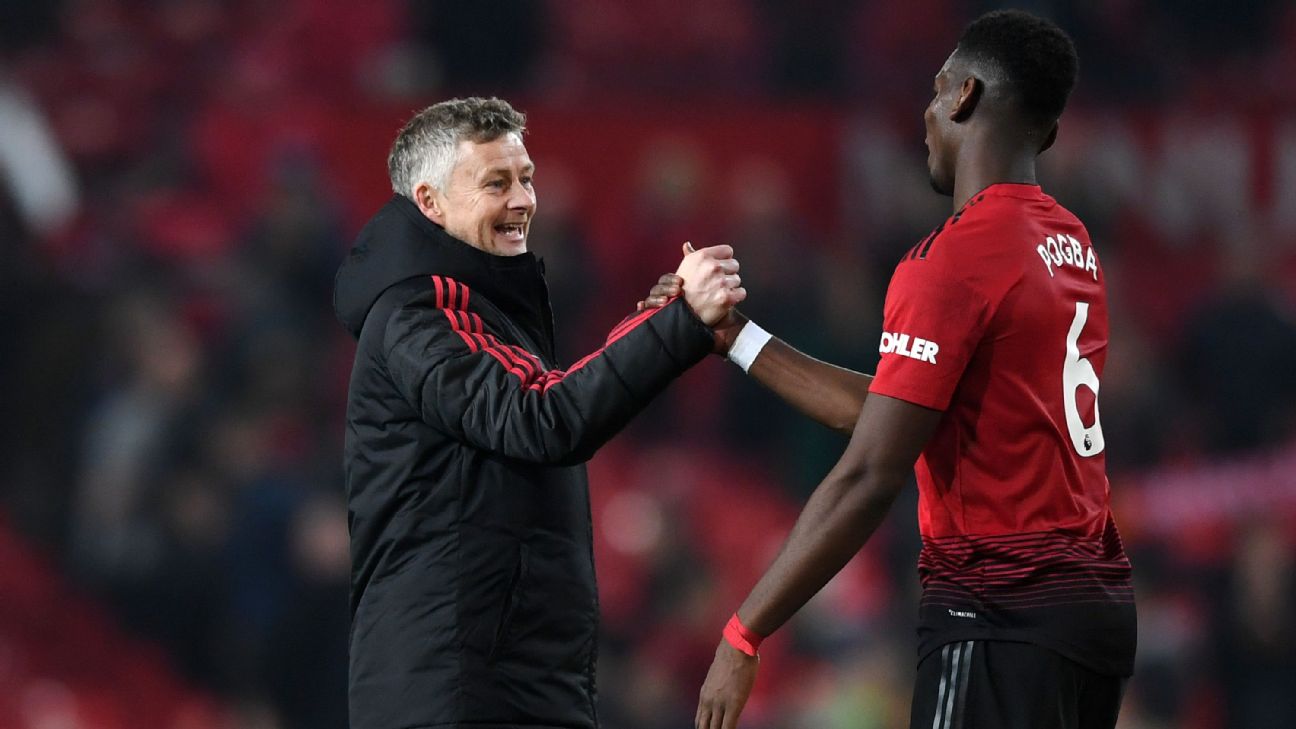 Ole Gunnar Solskjaer is including Paul Pogba in his plans for Manchester United’s preseason tour despite uncertainty over the midfielder’s future, sources have told ESPN FC.

Pogba has been granted extra time off by Solskjaer after playing more minutes than any other United player during the June internationals. He completed 90 minutes in each of France’s three games and was not asked to report back to Carrington for the start of preseason training on Monday.

– The Moyes Legacy: Man United contract finally expires
– Who has qualified for Europe from the Premier League?
– When does the transfer window close?

The 26-year-old has publicly declared his interest in seeking a “new challenge” amid interest from Real Madrid and Juventus but he has been included in the squad that is set to depart Manchester for Perth on Sunday. United play matches in Australia, Singapore, China, Norway and Cardiff before the start of the season.

Pogba is set for face-to-face talks with Solskjaer to discuss the Frenchman’s comments made during a promotional trip to Japan. Sources have told ESPN FC that both Real Madrid and Juventus are maintaining their interest despite United’s insistence that he is not for sale.

Pogba, who scored 16 goals last season, still has three years left on the contract he signed when he returned to Old Trafford from Juventus in 2016.

Meanwhile, Andreas Pereira has signed a new contract the club have confirmed. The midfielder, who has made 35 senior appearances, has signed a deal that will keep him at Old Trafford until 2023, with the option to extend for a further year.

“I have spent so long in Manchester that I now regard the city and the club as my home and I’m extremely happy to continue my career here,” Pereira said. “The manager has shown great faith in me and I can’t wait to get this campaign started under him. We know that we all have to work hard and that started on day one of preseason.

“I will be doing everything I can to help us perform the way we need to, this season and beyond. I also want to thank my family for the trust they have in me and God for the opportunity he has given me.”

Solskjaer added: “Andreas is another player brought through our academy that understands what it means to play for Manchester United. He came from another country but quickly understood the values of playing for this club. He doesn’t take it for granted.

“Andreas has become an important member of the squad with his energy and hard work in midfield. He works non-stop every day in training, has a great character and knows what he has to do to continue his development here. We all look forward to working with him in the season ahead.”