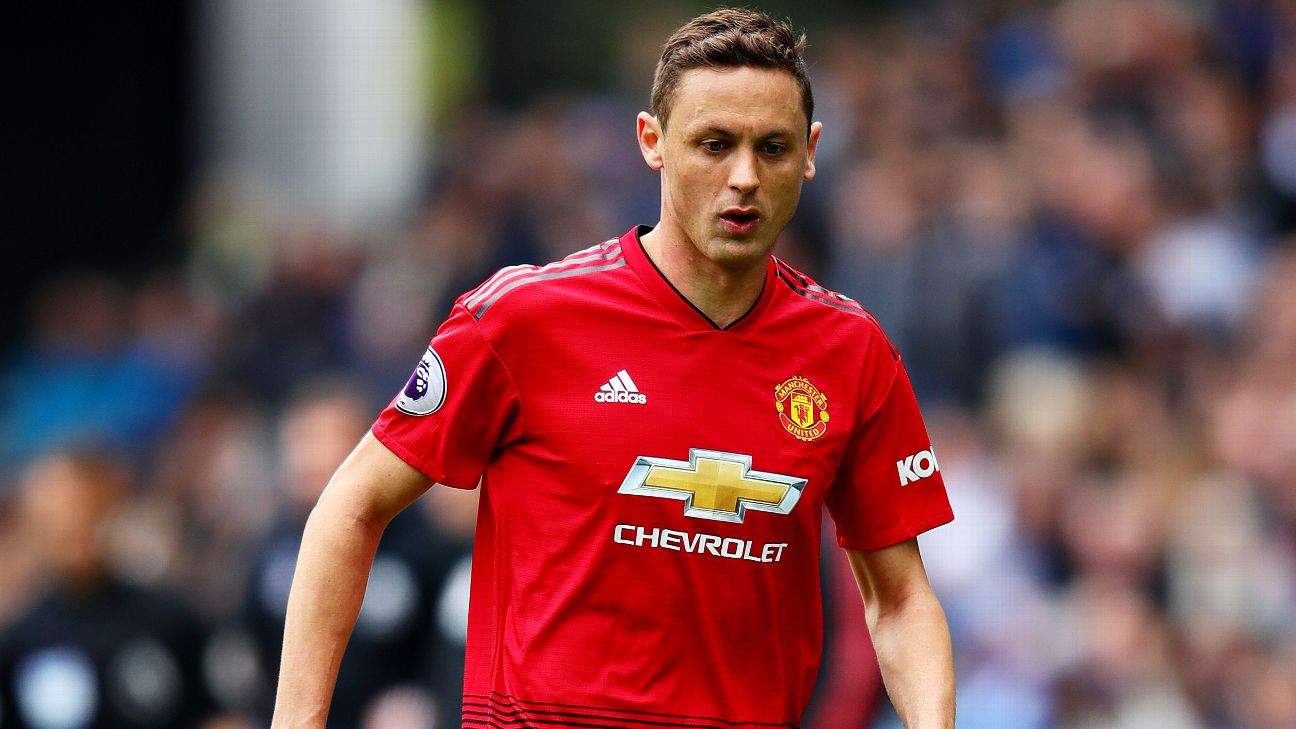 Nemanja Matic is seeking talks with Ole Gunnar Solskjaer over his Manchester United future after being made aware of interest from Inter Milan and AC Milan, sources have told ESPN FC.

Sources have told ESPN FC that Inter, who are also pursuing United forward Romelu Lukaku, have indicated a willingness to offer £10 million plus Belgium midfielder Radja Nainggolan for Matic, who cost United £40m when signed from Chelsea in July 2017.

After making an impressive start to life at United under Jose Mourinho, Matic’s form has since dipped and Solsjkaer has identified Newcastle youngster Sean Longstaff as a potential replacement for the 30-year-old Serbia international.

Sources have told ESPN FC that Matic is keen to discuss the Italian interest with Solskjaer in order to assess whether he has a future under the Norwegian at Old Trafford.

The United squad are due to fly to Perth, Australia on Sunday for the first leg of their three week preseason tour, which also involves games in Singapore and China.

Matic is expected to travel with the rest of the team to Perth, but his long term prospects now rest with Solskjaer.

Meanwhile, midfielder Andreas Pereira has signed a contract extension which will keep him at United until 2023.

Ronaldo’s latest row with his coach is nothing new; he has a long history of them
Neymar the catalyst as Brazil produce classic World Cup display performance
A way-too-early look at the USMNT depth chart for 2026 World Cup
Bierhoff resigns after Germany’s shock WC exit
WC chief on worker death: ‘Natural part of life’