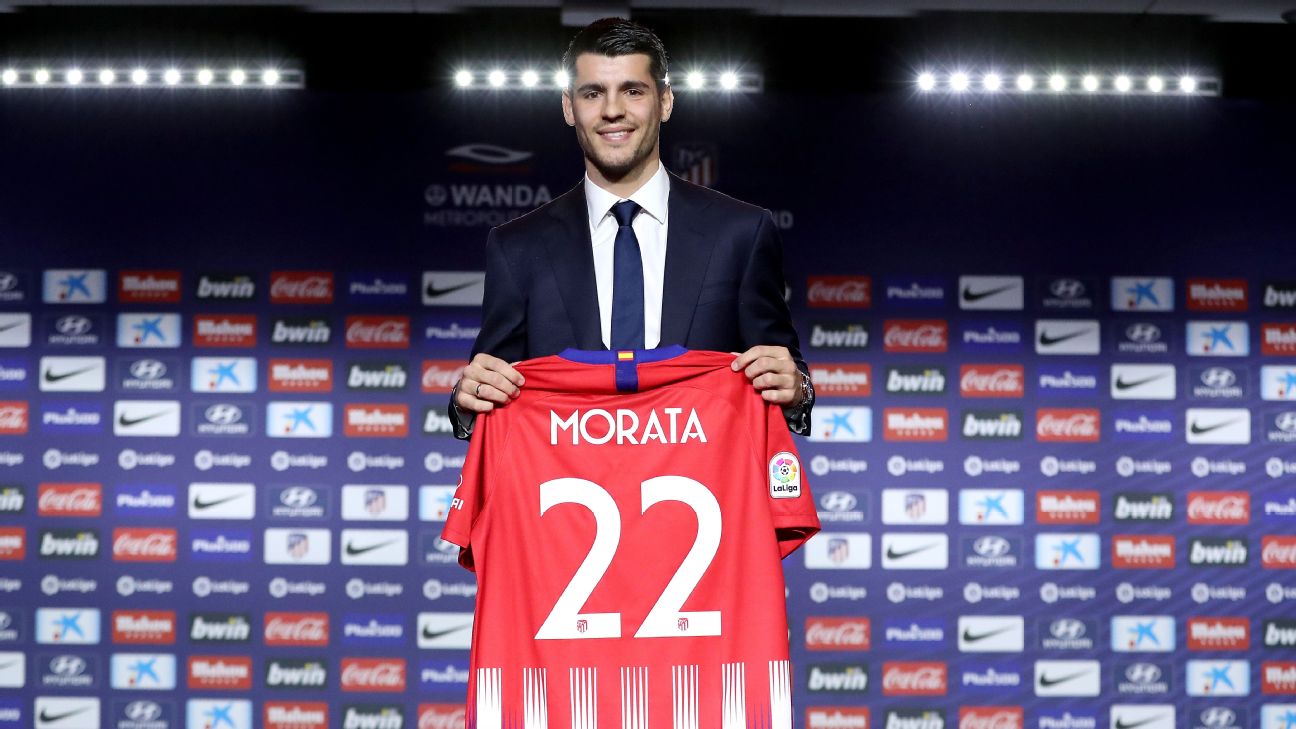 Chelsea have confirmed the sale of Alvaro Morata to Atletico Madrid.

Morata will remain on loan at Atletico for the 2019-20 season, as agreed in January, before the transfer becomes permanent on July 1, 2020.

A statement on the official Chelsea website read: “Chelsea and Atletico Madrid have today agreed terms for the permanent transfer of Alvaro Morata.

“We would like to thank Alvaro for his contribution and wish him the best of luck for the future.”

Morata became Chelsea’s all-time record signing when he arrived from Real Madrid in a deal worth an initial £58m and made a blistering start to his career in England, scoring eight goals in his first seven appearances across all competitions.

But struggles with form, fitness and confidence plagued Morata at Chelsea thereafter, resulting in him losing his starting place to Olivier Giroud and revealing he was seeing a psychologist in an attempt to overcome his problems.

Maurizio Sarri’s arrival in place of Antonio Conte last summer raised hopes that Morata could enjoy a revival, but his difficulties continued and Chelsea agreed to loan him to Atletico in January with Gonzalo Higuain arriving from Juventus to replace him.

Chelsea had no desire to bring back Morata, who scored six goals in the second half of last season with Atletico, despite not being able to register new players in this window due to a FIFA-imposed transfer ban.

He becomes Chelsea’s second high-profile sale of the summer after Eden Hazard was granted his desired move to Real Madrid in a deal worth up to £130m.

The European teams that have defied the odds since World Cup break
Sources: Mbappe an injury doubt to face Bayern
Klopp: We were improved despite FA Cup exit
Sources: Barca in talks with Galaxy for J. Araujo
Valencia sack Gattuso amid relegation fears