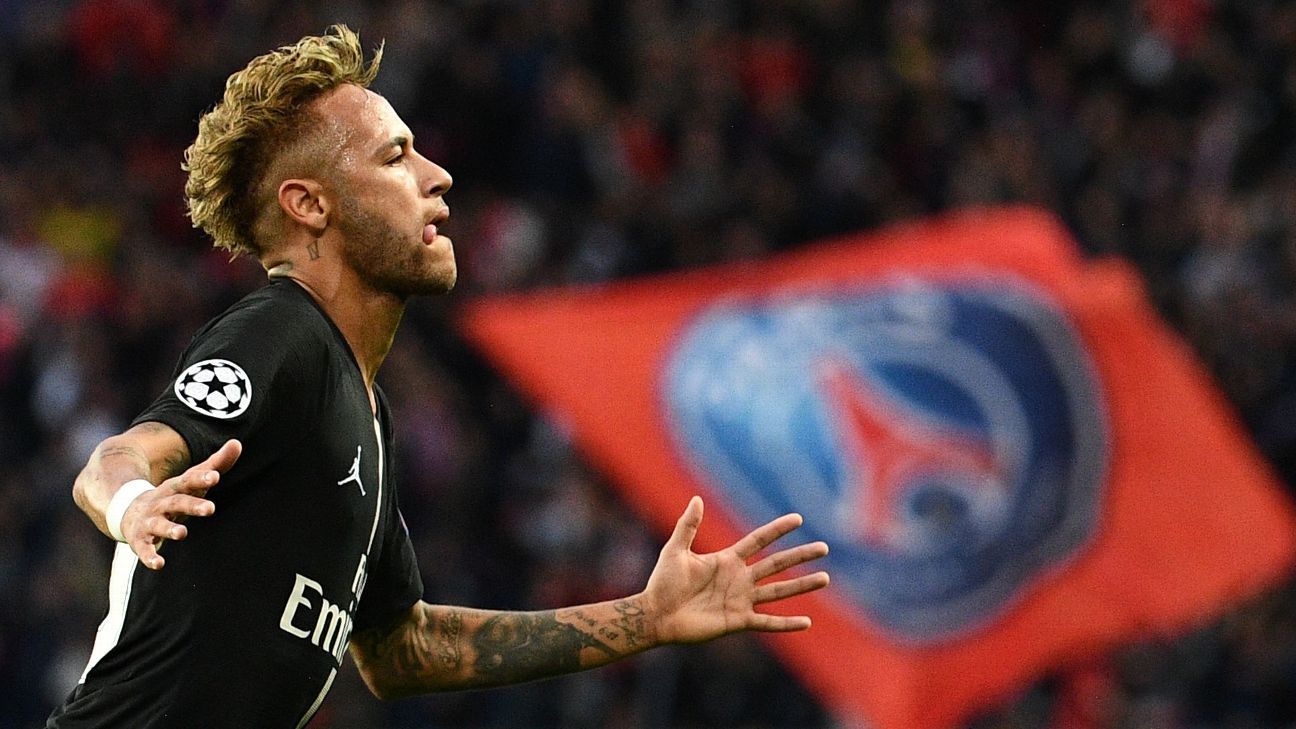 Barcelona president Josep Maria Bartomeu says he’s aware that Neymar wants to leave Paris Saint-Germain, although he says the French champions do not want to sell the forward.

Bartomeu also confirmed that talks have begun with Atletico Madrid over the signing of Antoine Griezmann. Sources told ESPN FC earlier this week that Barca’s interest in the France forward does not rule out a possible move for Neymar, who quit the Catalan club for PSG in a world-record €222 million transfer two years ago.

Barca believe a deal would be viable financially, and sources have revealed to ESPN FC that Philippe Coutinho could even be used as a makeweight to bring the cost of the operation down. However, Bartomeu downplayed the idea of re-signing the Brazil international this summer due to PSG’s reluctance to let him leave.

“We know that Neymar wants to leave PSG, but PSG don’t want to sell him, so there’s no Neymar case,” Bartomeu said in a news conference on Friday.

Asked if, in an ideal world, he would like to sign him again, the president added: “We never speak about players from other teams.”

It had been suggested in the Catalan press that Barca captain Lionel Messi had explicitly asked Bartomeu for Neymar to be brought back following a meeting between the two at the Argentine’s house in May.

“Let’s end that myth,” Bartomeu said when asked if that was true. “Messi doesn’t ask [for Barcelona] to sign certain players. He just wants a competitive team.”

Bartomeu also closed the door on the idea of Ousmane Dembele leaving the club, possibly in a player exchange deal for Neymar, even saying the French winger is a better player than the Brazilian.

“Dembele is a young, talented player who adds something different,” he said. “Watching him play is a pleasure and when he’s on the pitch you always want to see what he does. For me, he’s better than Neymar.”

Finally, Bartomeu explained that Barca have now opened negotiations with Atletico regarding the signing of Griezmann. There was a meeting in Madrid on Thursday between the two clubs’ CEOs, Oscar Grau and Miguel Angel Gil Marin.

High-ranking sources at the Catalan club have told ESPN FC that Barca asked if they could pay Griezmann’s release clause — which dropped to €120m on July 1 — in installments, while Atletico requested Nelson Semedo be involved in the deal.

However, Barca insist that Semedo is nontransferable. If they can’t reach an agreement with Atletico, they will pay Griezmann’s release clause after the weekend. Plans are already underway to present him at Camp Nou next week.