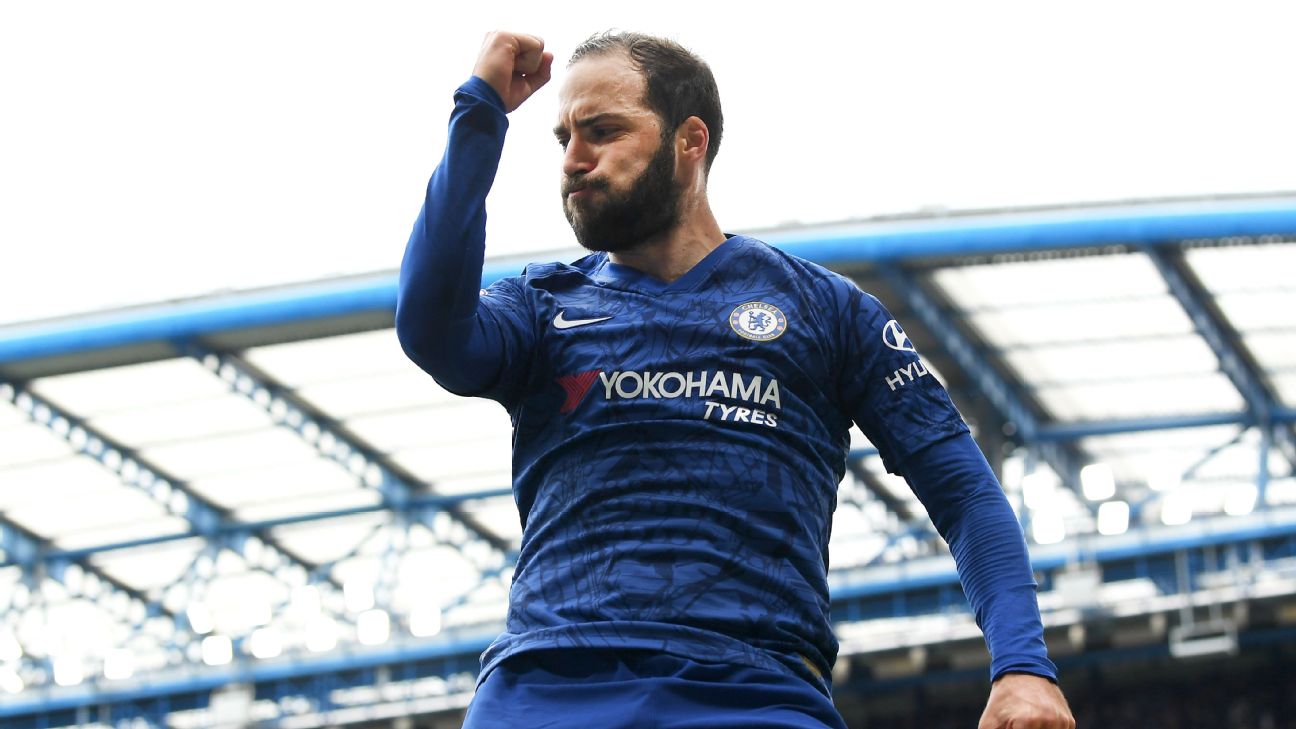 TOP STORY: Roma in for Higuain

Calciomercato claims Roma are interested in a deal for Juventus outcast Gonzalo Higuain.

The Argentine had an uninspiring loan spell under now-Juve boss Maurizio Sarri at Chelsea last season, and the Serie A champions are desperate to get the former Real Madrid striker off their bulging wage bill.

The Italian publication claims the Bianconeri have reiterated their position to Higuain and the player’s agent following talks — categorically stating the 31-year-old does not fit into the long-term plans of the club.

Higuain’s agent, who is also his brother, has recently claimed that no elite European club has shown concrete interest in his client, before then going on to say that the ex-Argentina international was not yet ready to join a Chinese Super League club.

But Roma have now emerged as potential suitors for the forward, with the club’s sporting director, Gianluca Petrachi, keen to secure high-quality signings in a bid to return to the Champions League, following his side’s sixth-place finish in Serie A.

08.00 BST: West Ham are so desperate to move wantaway striker Marko Arnautovic out of the club that they are willing to accept a “terrible” deal for him, according to Sky Sports.

Chinese Super League club Shanghai SIPG have already had a £19.7m bid rejected by the Hammers, but club bosses are now willing to accept an offer for £25m for the 30-year-old.

According to Sky, Arnautovic’s attitude has caused irreparable damage and “manager, staff and players want him out” this summer.

The Austrian forward has scored 21 Premier League goals for West Ham since joining them from Stoke City in 2017 for £24m, including 10 last season.

Manchester United striker Romelu Lukaku looks set to join his teammates on the club’s preseason of Australia, with Inter Milan continuing to drag their heels on the Red Devils’ asking price for the Belgian, according to The Sun.

Antonio Conte’s side have balked at the £75 million price tag on the 26-year-old’s head, and reports claim that Inter are struggling to raise funds that will allow them to make a serious bid for the striker, prompting Lukaku to potentially pack his bags and head down under.

Inter Milan were forced to ditch a bid that would have seen the former Everton man join on a two-year loan for a £9m fee, before completing a permanent £58m in the summer of 2021, after United made it clear they would not be interested in such a deal.

The continued uncertainty has forced Lukaku’s agent to publicly urge the Nerazzurri to make a concrete bid sooner rather than later.

Valencia move in on Maxi

Los Ches will pay a €16m fee for the Uruguayan forward, while Valencia’s Santi Mina will return to his former club on a permanent deal, and Jorge Saenz will head to the Estadio Municipal de Balaídos on a two-year loan. The centre-back joined Valencia only on Monday from Tenerife, but will now head to the northwest coast of Spain to get some much-needed La Liga experience under his belt.

It has been a busy few days in the transfer window for Celta, after they completed the signing of Denis Suarez from Barcelona on Sunday evening, and the club are set to officially unveil their latest acquisition, Gabriel Fernandez from Uruguayan side Penarol, at a news conference on Friday.

– AC Milan are nearing their third summer signing, with Calciomercato reporting that the Rossoneri are closing in on Empoli midfielder Ismael Bennacer. The 21-year-old Algeria international will make the switch to the San Siro for a fee believed to be about €16m.

– Reports in The Sun claim Liverpool have contacted FIFA regarding a possible tapping-up case involving Lazio and former Reds youth player Bobby Adekanye. The 20-year-old is believed to have been contacted while still under contract at Anfield, breaching governing body rules regarding players under the age of 23.