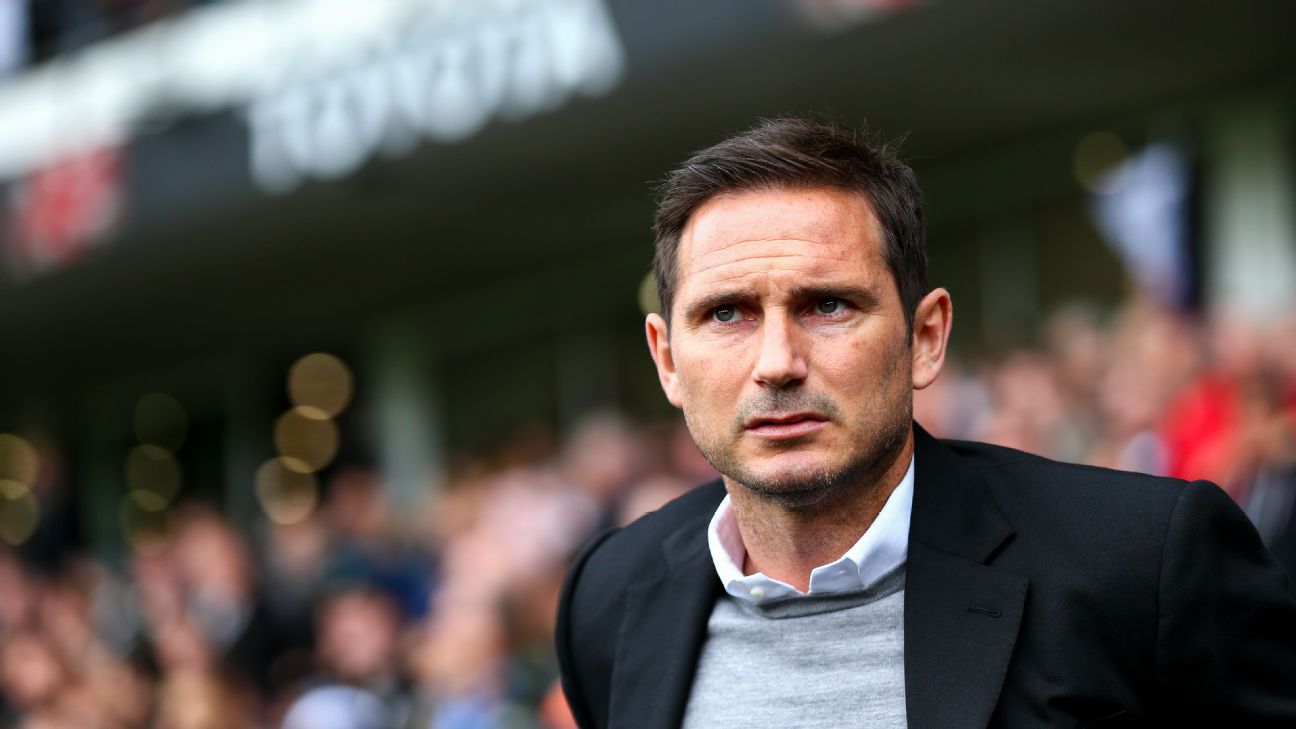 Chelsea are taking a huge punt on Frank Lampard. For all we know, he could be a new Pep Guardiola or Zinedine Zidane, but has the heart ruled the head in appointing a man with precisely one year’s managerial experience and it being in the second tier of English football?

For now, the fans, who never took to Mauricio Sarri, will celebrate the appointment of “one of their own.” In their minds, the bright and articulate Lampard is rightly a much-loved club icon after 649 appearances and, among many trophies, three Premier League titles as a player. He will start with a billion-point credit rating, and a lot will have to go wrong before anyone will think about grumbling.

Not only that, but the 41-year-old former England midfielder will start with one big advantage over recent predecessors because expectation levels at Stamford Bridge will not be so high this season. Eden Hazard‘s departure and a ban on transfers for two windows (though the club have appealed) could leave Chelsea struggling to deliver their usual silverware. A top-four finish and some entertaining football will probably be seen as a success, but even that will be no formality with the likes of Wolves, Everton, Leicester and possibly West Ham developing ambitions to gate-crash the usual top-six party.

What happens if, come Christmas, Chelsea cannot deliver the kind of results the supporters have grown used to in this trophy-laden era? Football fans being the fickle bunch they are, it isn’t difficult to imagine a scenario in which a few start to question the wisdom of appointing a rookie manager, no matter how popular a player.

America’s shining star, Christian Pulisic, whose transfer was agreed back in January and well before the ban, has big boots to fill in this changed environment. The signs are that Lampard, who came close to getting Derby promoted in his debut season, loves creative attacking players, which means Pulisic is likely to get every chance to shine. But he will be battling for a place with Pedro, Willian and, when fit again, the exciting youngster Callum Hudson-Odoi. Even with the transfer ban in place, the new manager inherits a gifted Chelsea squad, with most of those who finished third and won the Europa League last season still around.

How he manages to replace the goals, creativity and threat of Hazard will be the key issue. It will not be easy because the Belgium international is among the top five attackers on the planet, and Premier League observers often wondered what Chelsea would be without him. We are about to find out.

Lampard and his assistant, Jody Morris, who has coached in the Blues’ academy, know how this sometimes-turbulent club rolls. Nothing much will surprise them. They will also know only too well the immense power wielded by Roman Abramovich’s supremo-on-site, Marina Granovskaia, who can be a hard taskmaster.

Lampard is clever and a good frontman, adept already at handling the media, yet he will be pushed to his limits when his managerial talents are compared tactically to the likes of Guardiola, Jurgen Klopp and Maurizio Pochettino. How he fares will be one of the season’s most compelling plotlines.