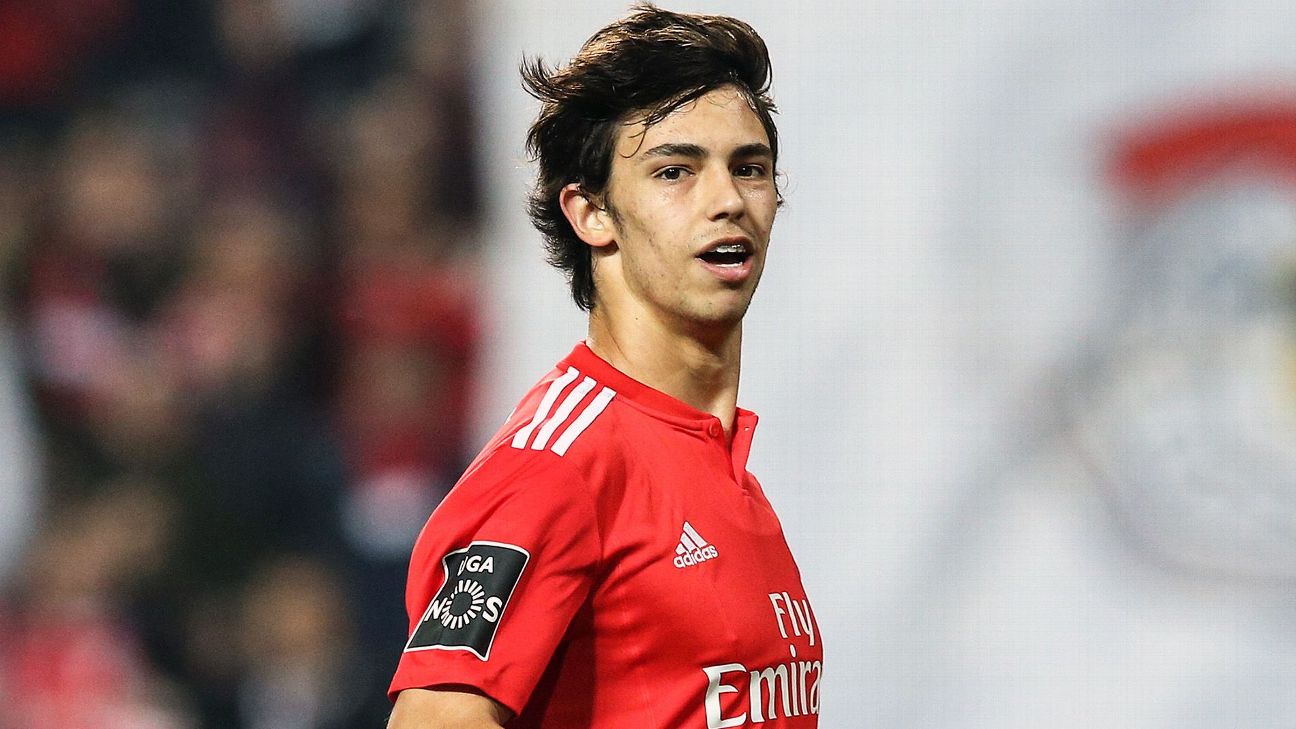 Atletico Madrid have won the race to sign highly coveted Benfica forward Joao Felix, with Benfica announcing they had reached an agreement to sell the 19-year-old for a fee of €126 million and Atleti confirming the deal.

Atletico Madrid also put out a tweet featuring Felix in the club’s colors walking through the capital city’s Prado museum with the caption “pure talent” following the most expensive transfer in club history, surpassing the €72m they paid for Thomas Lemar last summer.

Felix has signed a seven-year contract with Atleti, the club announced in a subsequent story on their website.

The fee is the fifth highest ever paid for a player after the transfers of Neymar, Kylian Mbappe, Philippe Coutinho and Ousmane Dembele.

Felix, who has been likened to Cristiano Ronaldo, attracted the attention of top European clubs, including Manchester City and Manchester United, after an impressive debut season with Portuguese champions Benfica.

It was the second big move of the day for Atleti, who earlier announced that Mexico international Hector Herrera was joining the club on a free transfer after his contract expired at Porto.

Benfica had insisted in recent months that Felix would only leave if his €120m release clause was paid, but ultimately received slightly more from Atleti for the transfer because they requested to pay the fee in installments.

Atletico needed a replacement for French forward Antoine Griezmann, who announced last month he was leaving the Rojiblancos this summer after five seasons at the club.

Felix scored 15 goals and set up nine more in 26 league appearances and had been tied to Benfica until June 2023.

He made his national team debut in a 3-1 win over Switzerland in the UEFA Nations League semifinal on June 6 and started three days later as Portugal beat the Netherlands, 1-0, to lift the trophy.

Felix is Atletico’s fourth summer signing following the arrival of Brazilian centre-back Felipe from Porto, the acquisition of Argentine forward Nicolas Ibanez from Mexican side Atletico San Luis and Herrera.

Ibanez will be loaned to Atletico San Luis for the 2019-20 campaign.

Atletico finished runners-up to Barcelona in La Liga and will play in next season’s Champions League.