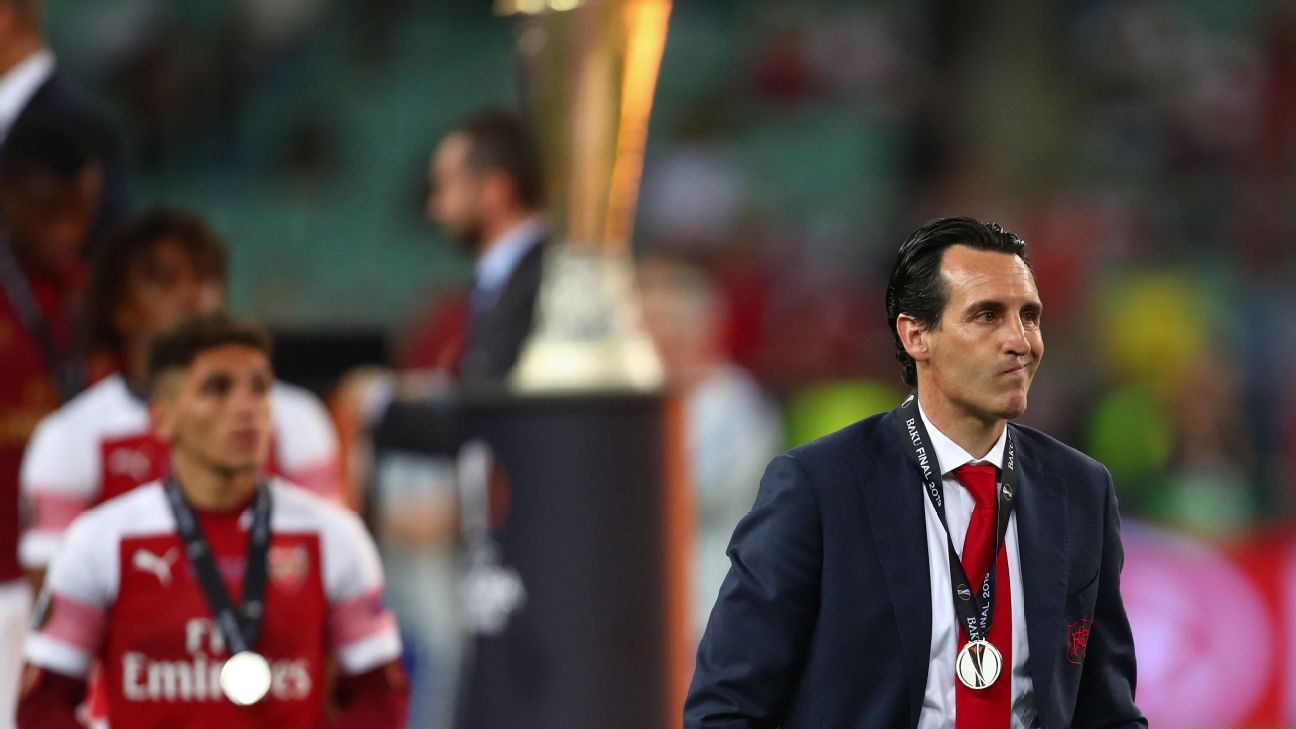 One assumes there was some logic to Arsenal making a £40 million bid for Wilfried Zaha this week. It could be the start of negotiations with Crystal Palace. It could be an effort to unsettle the player. It could be a show of ambition to their disgruntled fan base. But offering roughly half the market value for a player who signed a five-year contract in August — to a club who have just received £50m for Aaron Wan-Bissaka – only seems likely to annoy Palace, place false hope among their supporters and suggest to the player that they’re not especially serious about signing him.

At the same time, it all feels about right for Arsenal these days. Bidding for Zaha has the air of a desperate move by a club at a low ebb, making a bid they know will almost certainly fail because they feel they need to do something. It’s like a man striding into a jewellers with £500 and trying to buy a £5,000 ring in a last-ditch attempt to save a marriage.

Arsenal have backed themselves into a corner. Their limp performance against Chelsea in the Europa League final was more than just a 4-1 defeat to a hated rival — it was a reflection of how Arsenal have been run for years: passive, bloodless, uncertain and devoid of leadership. Some blame must be attributed to Unai Emery and some to the players, but this is a far bigger malaise than just those responsible for what happens on the pitch.

After that match, Emery emerged to face the media with a note of optimism. He insisted a lack of Champions League football wouldn’t make it much more difficult to recruit players this summer. He claimed their youngsters have gained experience and was adamant that while the end result of the season might have been disappointing, Arsenal are definitely, absolutely, entirely heading in the right direction. But not even the most suggestible fan believes that is true, surely? And will things be any different in 2019-20?

To put things mildly, Arsenal are a team without balance. They’re a squad with two brilliant strikers in Pierre-Emerick Aubameyang and Alexandre Lacazette, but who lost Aaron Ramsey on a free to Juventus, are lumbered with Henrikh Mkhitaryan and Mesut Ozil — a pair of two No. 10s who are as inconsistent as their wages are large — and a collection of expensive defenders who can’t defend, Shkodran Mustafi being the most obvious example.

Things look grim on the pitch, but the really bad news is it’s nothing compared to the situation off it. Arsenal started to prepare for life after Arsene Wenger before the great man left, but those plans look nothing like the reality of things at the Emirates now. Gone is the man supposed to oversee it all, Ivan Gazidis, who shuffled off to Milan having singularly failed to turn Arsenal into a financial powerhouse. They’re not even a financial powerstudio, as detailed by the football finance expert Swiss Ramble on Twitter this week. (The quick summary: Their transfer funds are low and dwindling.)

The man recruited to do the recruiting, Sven Mislintat, departed after a little over a year, reportedly due to being unable to do his job as he wanted. Now the show is run by two men, Vinai Venkatesham and Raul Sanllehi, the former a long-term club man who will look after the business side and the latter an ex-Barcelona sporting director who will handle the football side. It’s sensible enough in theory, but with two people, there’s a sense that nobody’s really sure who’s in charge.

None of this might be such a problem if there was some sort of leader above them, but instead, it’s Stan Kroenke. If there was someone dynamic, engaged or even interested in making Arsenal a better football team, there might be a little more hope, but it might as well just be an empty chair at the top of the club. “Silent Stan” occasionally drops by when he has a little free time — he sent his son to the Europa League final in Baku, Azerbaijan, instead of attending personally — but the club has slowly been rotting ever since he arrived. Through a lack of investment and even less interest, Kroenke is a landlord who has let a house degrade to the point of uninhabitability. A recent report in the Daily Mail that suggested there’s a mice infestation at the Emirates almost felt too “on the nose.”

All of which means the road back to competitiveness is long and all options from this point are flawed. You might not be convinced by Emery’s managerial nous, but sacking him when everything else is up in the air would be a bigger gamble. You could spend a lot of money on a big name or two, like Zaha, but just dropping them in this team would mean they’re treading water in a sea of mediocrity. You could try to be “smart” with some bargain signings, but it would be a risk and would take an awful lot of variables to go their way to work.

An appealing route might involve building a team around promising youngsters returning from loans, such as Reiss Nelson and Emile Smith Rowe, and hope they might learn from the small clutch of senior players worth persevering with, such as Aubameyang, Lacazette, Lucas Torreira and Hector Bellerin. But there’s no guarantee those players are good enough, and even if they are, you risk placing undue pressure on young shoulders. It’s an indication of how serious things are that placing faith in untried youth is the most preferable option.

A high-risk but creative route might be to “tank,” which is to say they sell anything and anyone other clubs will pay money for, start again and accept that things will be terrible (well, more terrible) for a few years. But that could just lead to Arsenal falling even further behind the rest, perhaps irretrievably so.

Prospects are bleak. The most optimistic thing you could probably say about them is that all of their direct competitors are either a mess, too, or face a similar summer of flux. This is a team and a club that has been drifting for years, and it’s important to note that this is all a trickle-down effect from the chronic lack of investment in the later Wenger years.

With a detached owner, changing plans and a manager who might not be the right fit, you get the sense the drift will continue for some time to come. Still, you never know. Maybe Crystal Palace will take pity on them and take 50 cents on the dollar for Zaha.