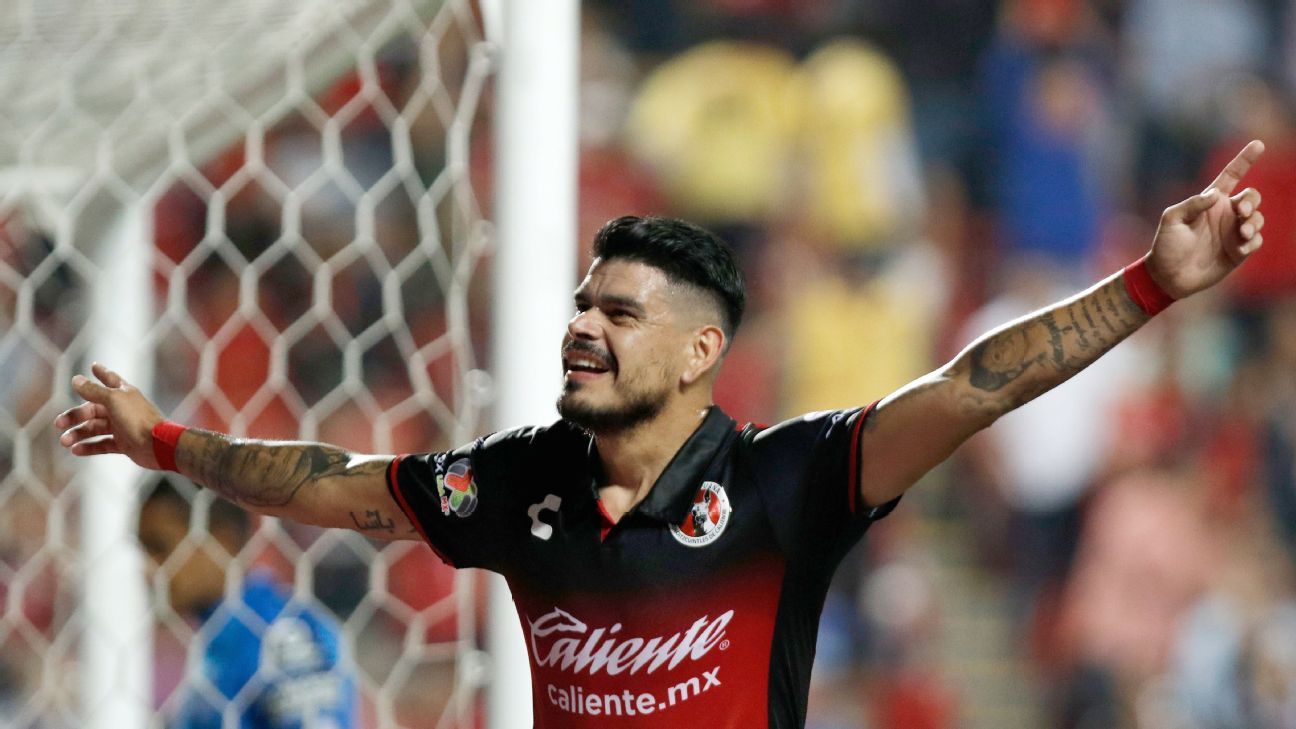 Sources close to the situation say that the discussed fee for the Argentine striker currently “is roughly half” of the $9 million being reported in Mexico.

The deal, which would make Bou a Designated Player, would include a multi-year contract with an annual salary in the ballpark of $2 million.

When asked by reporters on Wednesday, Bou suggested that he could be leaving the club.

“I’m waiting, there’s nothing official, but I know there’s a rumor, a possibility that I could leave. I’m here waiting, seeing if it’ll be resolved,” Bou said according to ESPN FC’s Tom Marshall.

“I’m uncertain about what will happen with the situation. Hopefully the situation is resolved quickly so I’ll know whether I’ll leave or not. At the same time, I’m relaxed. Like I’ve always said, if I stay I’ll be happy. I’m very content and happy here with the directors and coaching staff that have supported me.”

The signing of the Tijuana forward would be a big coup for the Revolution and a sign that the club is investing under new head coach Bruce Arena.

In 55 matches with Tijuana, Bou has scored 21 goals and provided 14 assists.

The Revolution have had trouble scoring goals this season, having found the back of the net just 20 times, which is the third-worst rate in the league.

After a slow start to the year, they have shown improved form in recent weeks under Arena, the league’s most storied and successful head coach.

Currently in seventh place in the Eastern Conference on 20 points, the Revolution are now within striking range of a playoff spot.