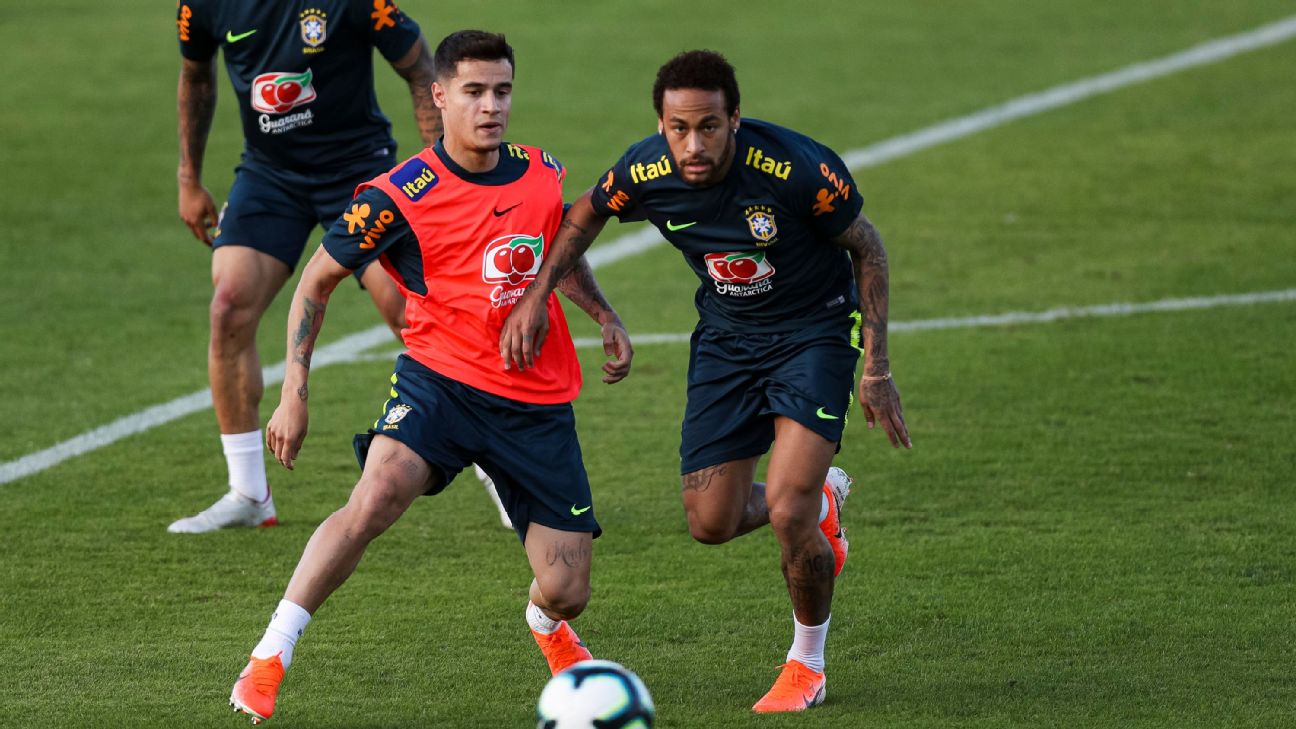 Barcelona are aware that Paris Saint-Germain want Philippe Coutinho and will work on including him in a potential deal for Neymar, various sources have told ESPN FC.

The Spanish champions are set to complete the signing of Atletico Madrid’s Antoine Griezmann next week but the arrival of the French forward will not rule out a summer move for Neymar.

President Josep Maria Bartomeu has taken charge of talks regarding bringing Neymar back to Camp Nou and the idea is that Coutinho will move in the other direction.

High-ranking sources at Barcelona have told ESPN FC that if they are able to include Coutinho as part of the deal, the chances of re-signing Neymar during the transfer window are “much bigger.”

“PSG want Coutinho and have been weighing up [a move] for a while,” sources at the Catalan club told ESPN FC. “We know that they have consulted his people about the situation. He’s a player that has interested them for some time.”

Sources told ESPN FC last month that PSG are prepared to sell Neymar. They would accept €200 million plus Coutinho, although Barca may have to look to include a second player in the deal to further reduce the price, with €120m set to go on Griezmann and €75m already spent on bringing in midfielder Frenkie de Jong from Ajax.

Barca vice president Jordi Cardoner said last week that Neymar wants to rejoin the club. And while Kylian Mbappe is keen for the Brazil international to remain in Paris with him, the Ligue 1 club’s hierarchy have grown fed up with Neymar’s poor lifestyle habits.

Barca have been actively looking to move Coutinho on since April. They are asking for €105m for the former Liverpool player and have received a number of inquiries.

Coutinho joined Barca 18 months ago in a club record deal worth a potential €160m. He arrived, along with Ousmane Dembele, with the task of filling the gap left by Neymar, who had joined PSG in the summer of 2017 in a world record €222m transfer.

He has been unable to live up to expectations at Barcelona, but he is impressing at the Copa America with Brazil. He helped the hosts beat Argentina on Tuesday to reach the final.

Barcelona are hopeful that his performances during the tournament have boosted his value again following a disappointing end to the domestic campaign.

There has not yet been direct contact between PSG and Barca. The relationship between the two clubs remains cold, to the point that Barca will wait for PSG to open negotiations regarding any deal for Neymar.

So far, everything has been handled by a number of intermediaries who are working on the futures of both Neymar and Coutinho.

Nelson Semedo, who is also drawing interest from Atletico, has been mentioned as another possible makeweight if Barca were to include a second player to further reduce the cost of signing Neymar.

However, sources at Barcelona say the Portuguese right-back is not for sale. Coach Ernesto Valverde is keen to keep him at the club beyond the end of the transfer window.

Sources have also told ESPN FC neither Samuel Umtiti nor Ivan Rakitic are of interest to PSG, while there would be questions about Dembele’s character should he be offered as part of the deal — although he does know coach Thomas Tuchel well from their time at Borussia Dortmund together.

England on course for World Cup knockouts but fans aren’t happy after 0-0 “loss” vs. USA
‘Negligence’ behind fans’ World Cup woes
Follow live: Mexico open group play vs. Lewandowski, Poland
Germany deserved to lose against Japan, but can they turn it around before their World Cup is over?
Ronaldo defends interview: ‘I talk when I want’