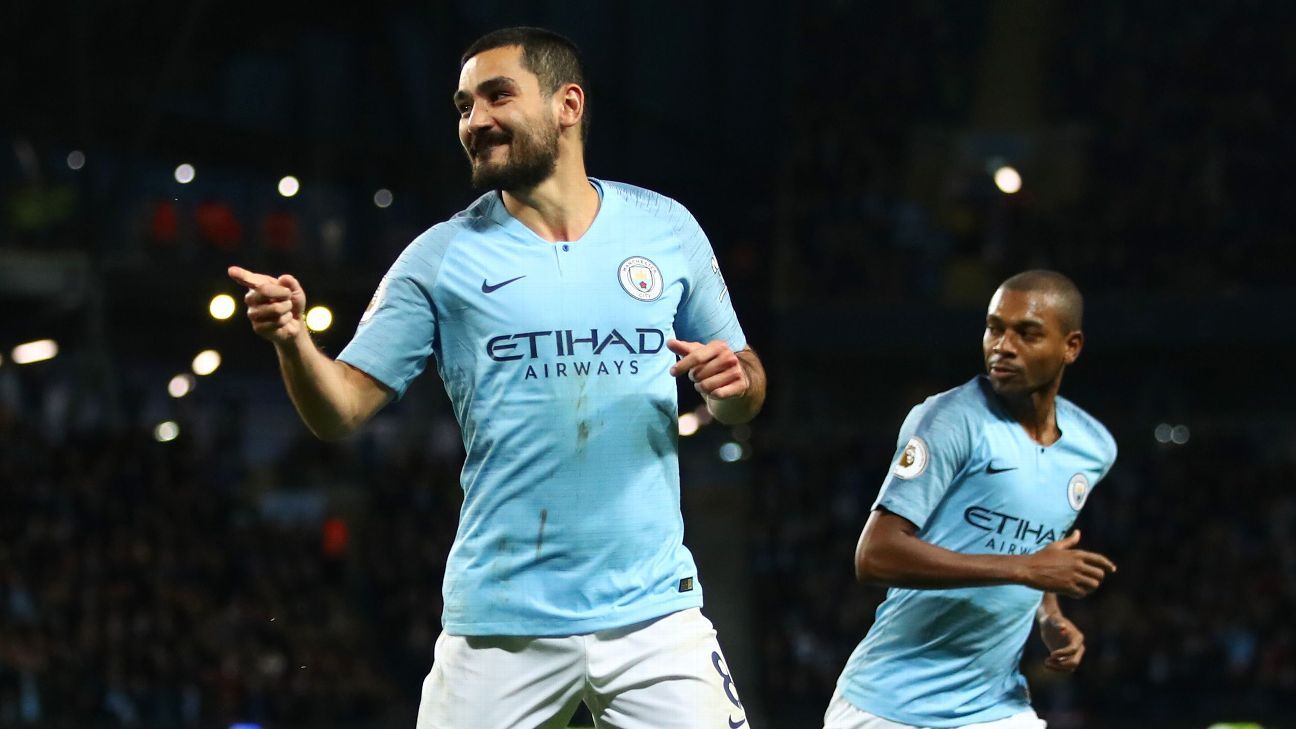 Ilkay Gundogan and Manchester City will soon resume talks about extending his contract, a source close to the 28-year-old midfielder has told ESPN FC.

The Premier League champions had initially approached the German international, whose contract expires at the end of next season, with a view to prolonging his stay last summer, but both sides agreed that they would wait until the end of the 2018-19 campaign before negotiations continued.

After an excellent term that yielded three major trophies with Gundogan as a major contributor in Pep Guardiola’s side, speculation has grown that he might leave the Etihad. But the source says his intention is to stay at City.

Previously, Guardiola has described Gundogan as an “incredibly important player” to his squad and the former Borussia Dortmund man has said he is relaxed about the situation.

Gundogan made 50 appearances in all competitions for City last season, scoring six goals — all in the Premier League — and assisting on another eight.