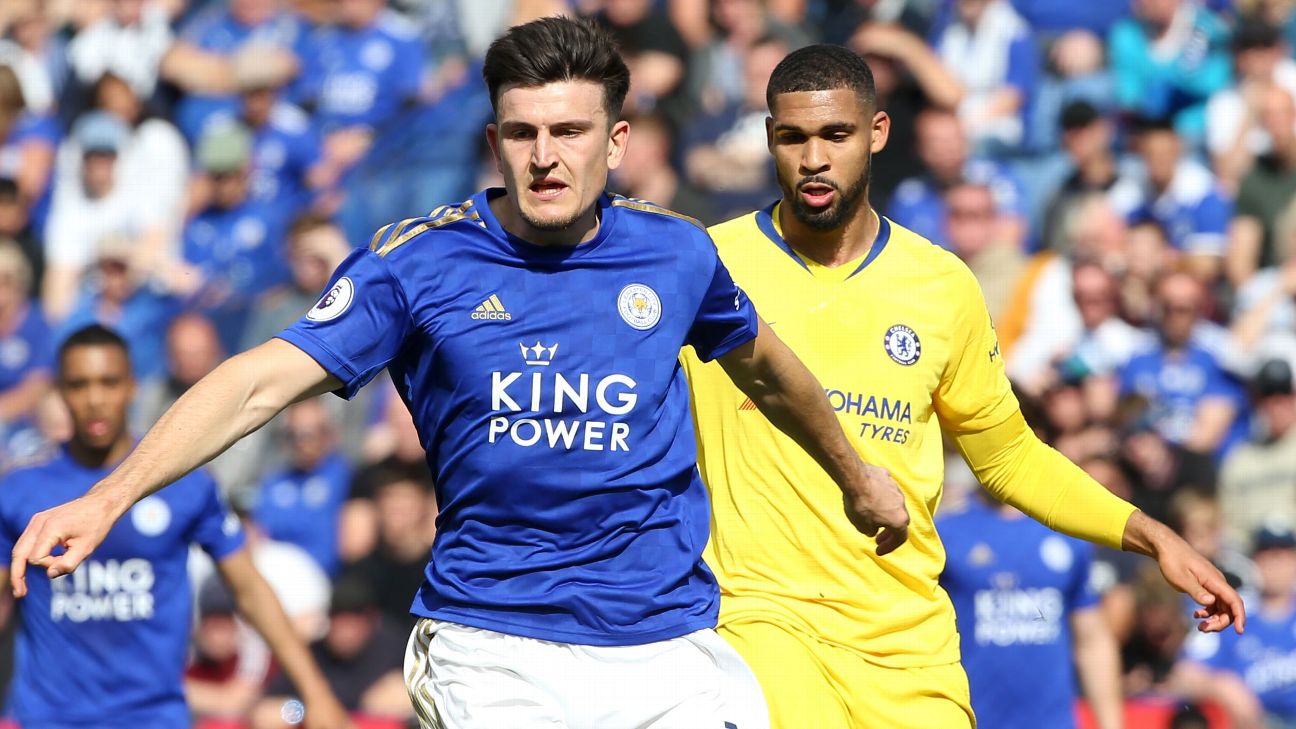 United are battling rivals Manchester City for the defender and have made a second offer after seeing an initial bid of around £40m rejected.

Maguire is open to leaving Leicester but favours a move to City because they can offer Champions League football.

He has not ruled out a transfer to United, who will play in the Europa League next season, if they can agree terms.

United’s bid is still short of Leicester’s valuation of more than £80m, and is likely to be rejected, but believe it might be enough to kill City’s interest and prevent a bidding war. United could be willing to offer a player plus cash to sweeten the deal but that is not yet on the table.

Leicester are under no pressure to sell after Maguire signed a contract extension in September but are aware the 26-year-old is keen on a move to a top six side.

Maguire was also targeted by United last summer after a successful World Cup with England but, despite Jose Mourinho urging a move, the club were put off by Leicester’s price tag.

Should he arrive, it would raise questions about the futures of Ole Gunnar Solskjaer’s other centre-backs — Victor Lindelof, Chris Smalling, Phil Jones, Eric Bailly, Marcos Rojo and youngster Axel Tuanzebe.

Lindelof was one of United’s best performers last season while Smalling and Jones have both signed new long-term contracts in the last 12 months. Tuanzebe, 21, impressed on loan at Aston Villa as they won promotion back to the Premier League.

Meanwhile, sources have told ESPN FC that Newcastle are braced for an opening offer from United for midfielder Sean Longstaff this week.

The 21-year-old is on Solskjaer’s wanted list and is likely to cost around £25m.

Solskjaer has already added two new players to his squad this summer after the arrivals of Dan James and Aaron Wan-Bissaka for a combined fee of £65m.