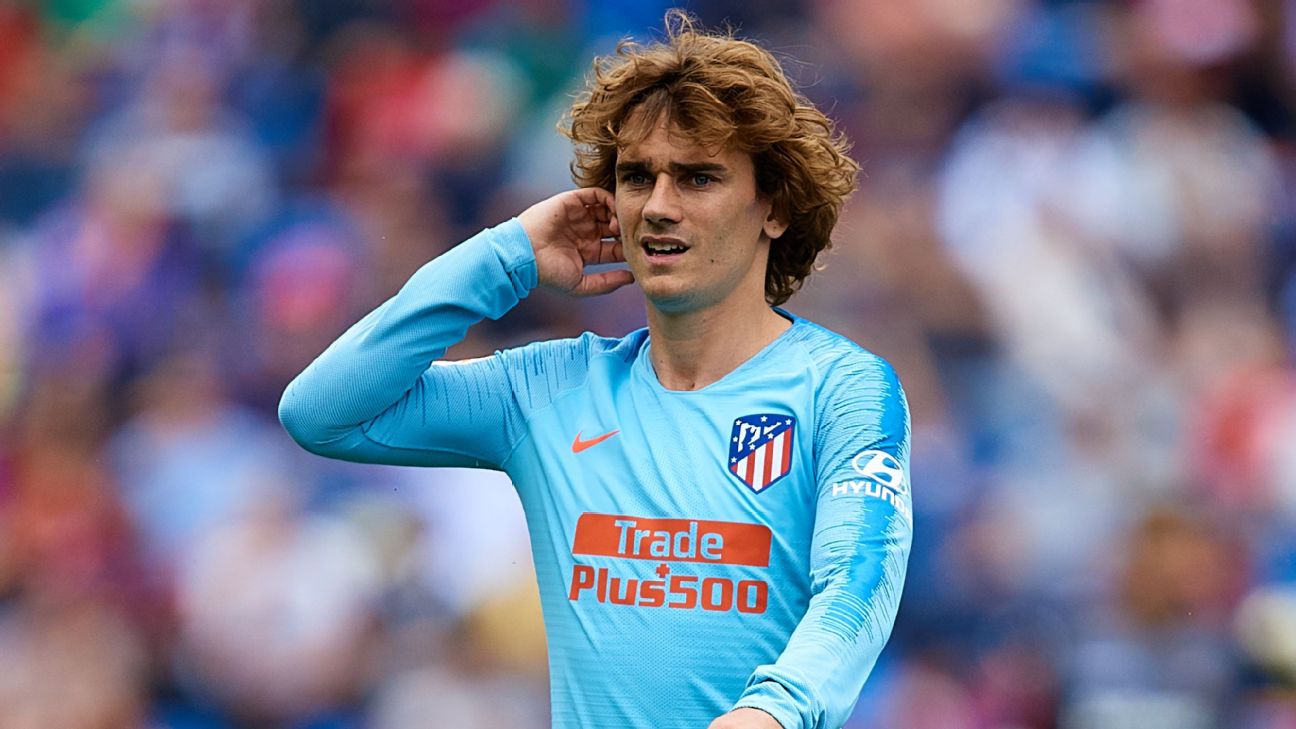 Barcelona are working on finalising the signing of Atletico Madrid forward Antoine Griezmann after his release clause dropped to €120 million on Monday, various sources at the Catalan club told ESPN FC.

An official announcement is not imminent but should arrive within a week.

The sources added that Barca will not look to negotiate the fee with Atletico and they will not pay “a penny more” than his clause, which was previously €200m. There had been speculation the Spanish champions would look to strike an agreement with Atletico to pay slightly more with the sum spread out in instalments, rather than outright.

Griezmann publicly rejected a move to Barcelona last summer via a documentary, instead opting to sign new terms with Atletico. His new deal, though, featured a clause which stipulated that the cost of buying out his contract would almost half on July 1, 2019.

An underwhelming season with Atletico led him to reconsider his future at the Wanda Metropolitano and sources have told ESPN FC that he first re-established contact with Barca regarding a transfer as early as February of this year.

The France international subsequently announced in May that he would leave Atletico this summer. He made the announcement in a short video which appeared on social media following a meeting with coach Diego Simeone and various members of the Rojiblancos’ hierarchy.

As revealed by ESPN FC at the time, Griezmann’s entourage upped their contact with Barcelona in March, before Atletico’s Champions League loss to Juventus in Turin. At first, the Catalan club were not keen on re-opening negotiations due to last year’s snub.

However, when coach Ernesto Valverde and president Josep Maria Bartomeu learned of Griezmann’s desire to come to Camp Nou, an internal debate was opened at the club on the merits of the signing. The price and the quality of Griezmann in a range of attacking positions were the main arguments for pushing ahead with the deal.

Barca would like to announce the signing and present Griezmann next week, days before the first team are due back in for preseason training on July 14. Valverde, who has been backed by the club despite a disappointing end to the season in the Champions League and the Copa del Rey, hopes to have a large part of his squad in place by then.

Atletico, meanwhile, are due to start their preseason program on Thursday. The club have not responded to a request from ESPN FC to confirm if Griezmann is expected in with the rest of his teammates.

On Friday, pending official confirmation, Barcelona then plan to present Frenkie de Jong. The Dutch midfielder is due in Catalonia this week to complete his €75m transfer from Ajax.