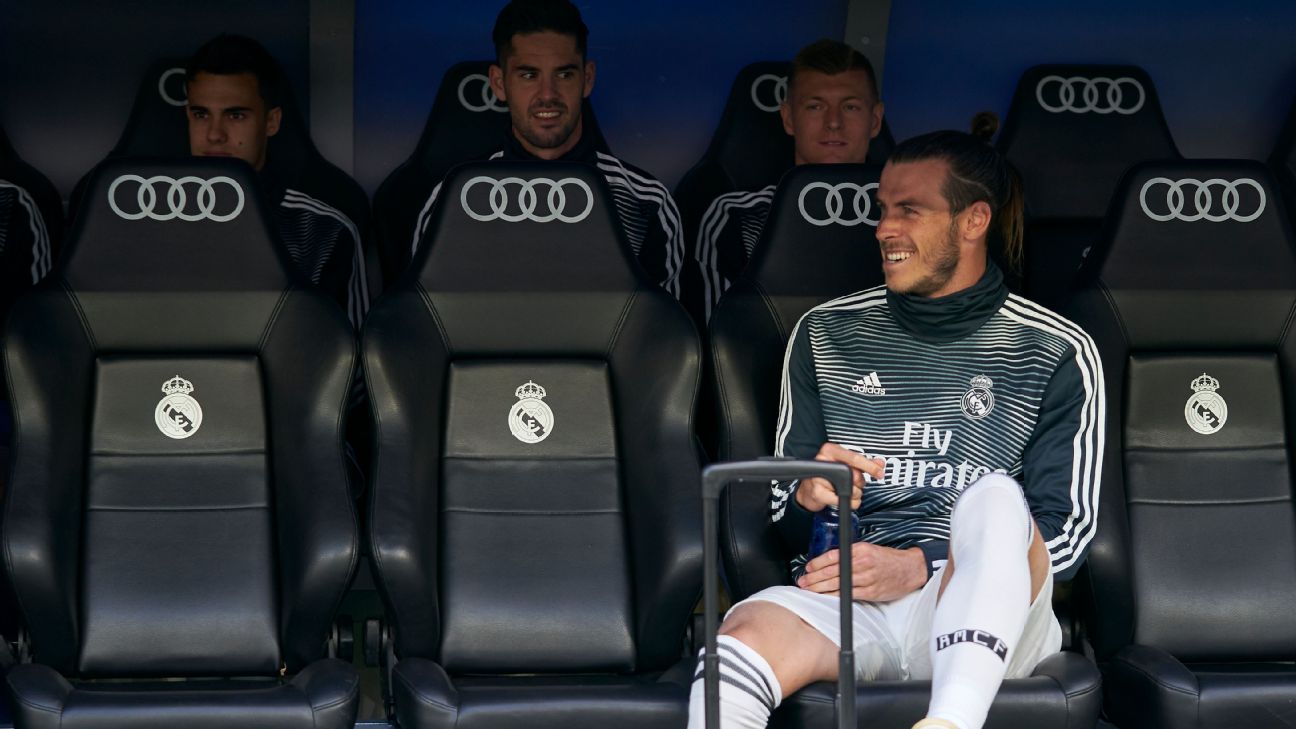 Reports that Gareth Bale could leave Real Madrid for Inter Milan this summer are “rubbish,” the Wales international’s agent has told ESPN FC.

Bale, 29, was frozen out of the first team picture by Madrid coach Zinedine Zidane at the end of last season, but his agent Jonathan Barnett said the player still has no intention of leaving and is looking forward to travelling to Montreal with the squad for preseason next week.

Sport Mediaset claimed last week that Barnett had met with Inter directors to discuss a potential loan deal for next season, following previous reports that Bayern Munich and Manchester United were looking at ways to bring in four-time Champions League winner Bale.

However, Barnett has told ESPN FC his client is still fully focused on returning to Madrid, where he remains under contract until 2022, and that “of course” he will be reporting for duty when Zidane’s players come back from their summer holidays on July 8.

Also due at Madrid’s Valdebebas base for tests ahead of their flight to Canada ahead of the International Champions Cup are new signings Eden Hazard, Luka Jovic, Ferland Mendy and Rodrygo, with club president Florentino Perez having sanctioned over €300 million in spending already this summer.

But Bale’s reluctance to consider an exit complicates Perez’s attempts to balance the books and remain within UEFA and La Liga financial rules.

Madrid are set to bank around €50m from selling Mateo Kovacic to Chelsea, sources have told ESPN FC, however they will look to raise more funds by quickly offloading other unwanted players possibly including James Rodriguez, Dani Ceballos, Theo Hernandez and Raul De Tomas.

‘The best in the world’: Why Brazil’s Casemiro is essential to their World Cup hopes
Pele to Brazil squad: I will cheer from hospital
Follow live: Mbappé leads France in knockout match against Poland
Galaxy fined, president suspended for hidden pay
Bierhoff resigns after Germany’s shock WC exit