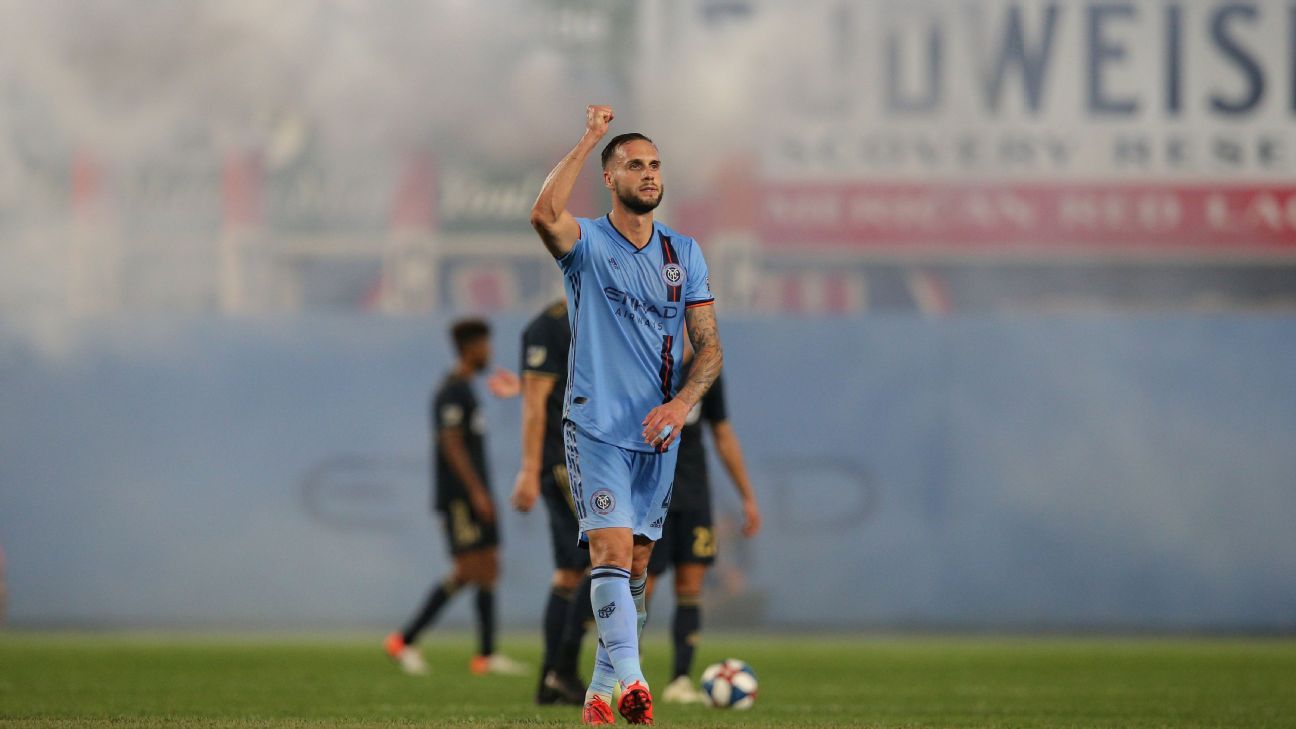 Maximiliano Moralez scored twice and set up Valentin Castellanos twice in a span of seven minutes in the second half, as NYCFC extended its unbeaten streak to 11 games and inched closer to the first-place Philadelphia Union in the Eastern Conference with a 4-2 victory Saturday night at Yankee Stadium.

Moralez converted penalty kicks –became the first player in team history to score two PKs in a game — in the 23rd and 55th minutes, tying the game each time. Both penalty kicks occurred after Castellanos drew fouls in the box.

Castellanos snapped a 2-2 tie in the 71st minute when NYCFC completed four passes, and Moralez made a nifty feed to Castellanos, who finished the play with a left-footed shot that whizzed past the diving attempt of goalkeeper Matt Freese.

Moralez and Castellanos executed a similar play in the 78th to give NYCFC a 4-2 lead.

It was Moralez’s second straight four-point showing and his sixth straight game with a point. Castellanos had his first multi-goal game in MLS.

Fabrice-Jean Picault and Kacper Przybylko scored in the first half for Philadelphia, which saw its four-game unbeaten streak end. The Union allowed four goals for the first time this season, and five of their seven shots were off target.

Neither team played with its starting goalkeeper due to international commitments.

NYCFC’s Brad Stuver filled in for Sean Johnson and did not make any saves. Freese made five saves in place of Andre Blake.

Philadelphia went ahead in the seventh minute, when Jamiro Monteiro connected with Picault in the middle of the box. Picault got free by eluding defender Maxime Chanot and lifted the shot into the net.

The lead lasted until the 23rd minute, when Castellanos was fouled by Auston Trusty near the net. Moralez converted by firing the ball into the middle of the net while getting Freese to dive to his right.

Philadelphia regained the lead seven minutes later when Monteiro made a similar pass as Picault’s goal, and Przybylko fired a right-footed shot into the back of the net.