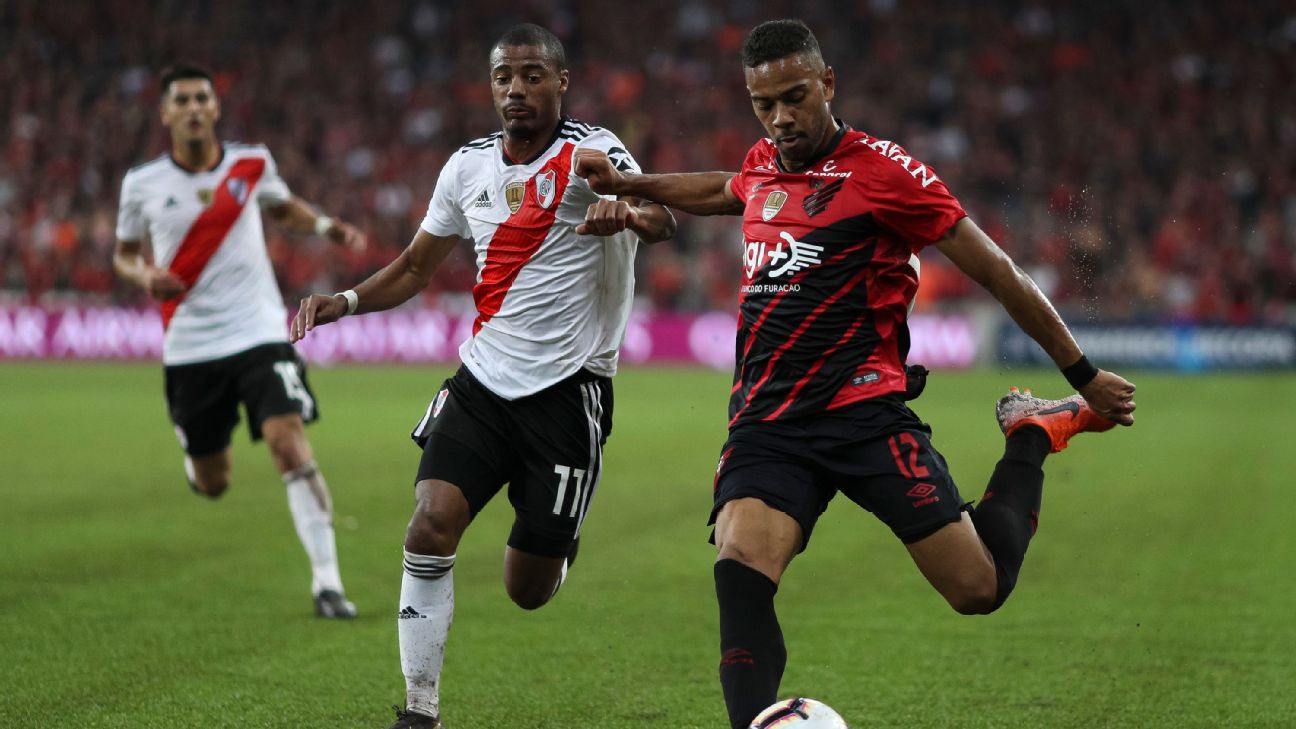 Atletico Madrid and Athletico Paranaense have reached a “preliminary agreement” over the transfer of Renan Lodi, the Spanish club have announced.

The Rojiblancos had been monitoring the Brazilian left-back throughout this season and he is now set for a move to the Wanda Metropoliano.

“Atletico Madrid and Athletico Paranaense have reached a preliminary agreement for the transfer of Renan Lodi to our club,” read a statement released by Atletico on Friday night. “The agreement is pending the final formalisation with both the Brazilian club and the player.”

Lodi, 21, has scored four goals and set up eight more in 49 official games for Athletico Paranaense, including 11 this season. He is tied to the Brazilian outfit until June 2022.

Atletico are looking to reinforce their backline after selling left-back Lucas Hernandez to Bayern Munich for a club record fee of €80 million and veteran defender Diego Godin announcing his departure after a nine-year tenure. Brazilian left-back Filipe Luis, who is competing at the Copa America, has not signed a new deal with Atletico with his contract expiring this month.

Earlier this week, Atletico made a €126m offer for highly-coveted Benfica forward Joao Felix which is being evaluated by the Portuguese champions. Atletico finished runners-up to Barcelona in La Liga and will play in next season’s Champions League.

Sources have also told ESPN FC that Manchester City hope to complete the signing of Atleti midfielder Rodri Hernandez by next week for €70m.