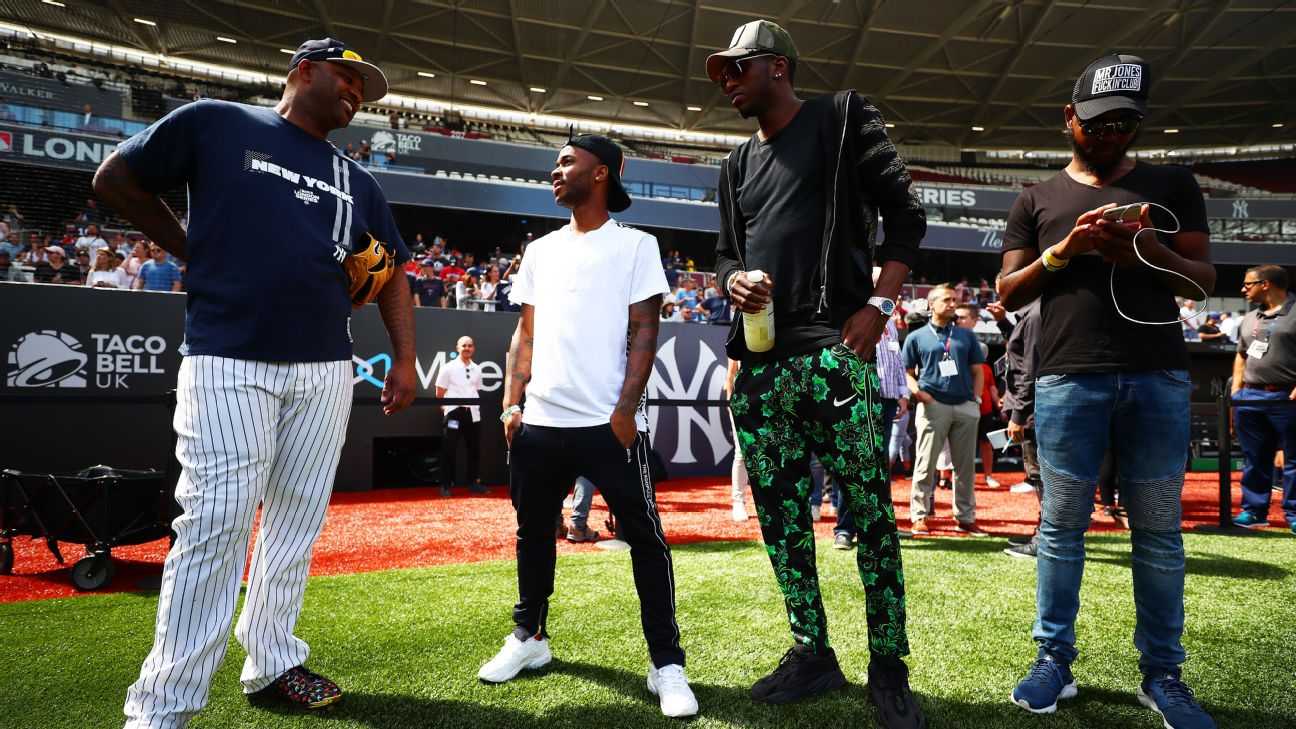 Sterling tries his hand at baseball

Baseball is coming to the UK as the New York Yankees and Boston Red Sox face off in a two-game series at West Ham’s London Stadium.

However, instead of Jack Wilshere or Mark Noble turning up to meet the MLB stars, Manchester City winger Raheem Sterling made a surprise appearance.

Enjoying a nice conversation with NY Yankees pitcher CC Sabathia, Sterling also showcased his skills with a bat in hand. Though sadly as it’s not a video, we’ll never know how far the ball went.

While there was no sign of the likes of Cristiano Ronaldo or Harry Kane down in Somerset, football was certainly on the agenda for a host of celebrities.

Poole Town manager Tom Killick got a bit of a shock when his preseason plans were interrupted by attacking midfielder Marvin Brooks disappearing to join ITV’s ‘Love Island’ TV show on Friday night.

Marvin Brooks exposed by the gaffer ahead of his #LoveIsland appearance

Brooks is also a personal trainer who has Harry Redknapp (former star of ‘I’m A Celebrity Get Me Out Of Here’ of course) as one of his clients.

The 29-year-old is one of 12 new contestants to appear on the show, but Poole fans are just wondering when he’ll be getting back into training…