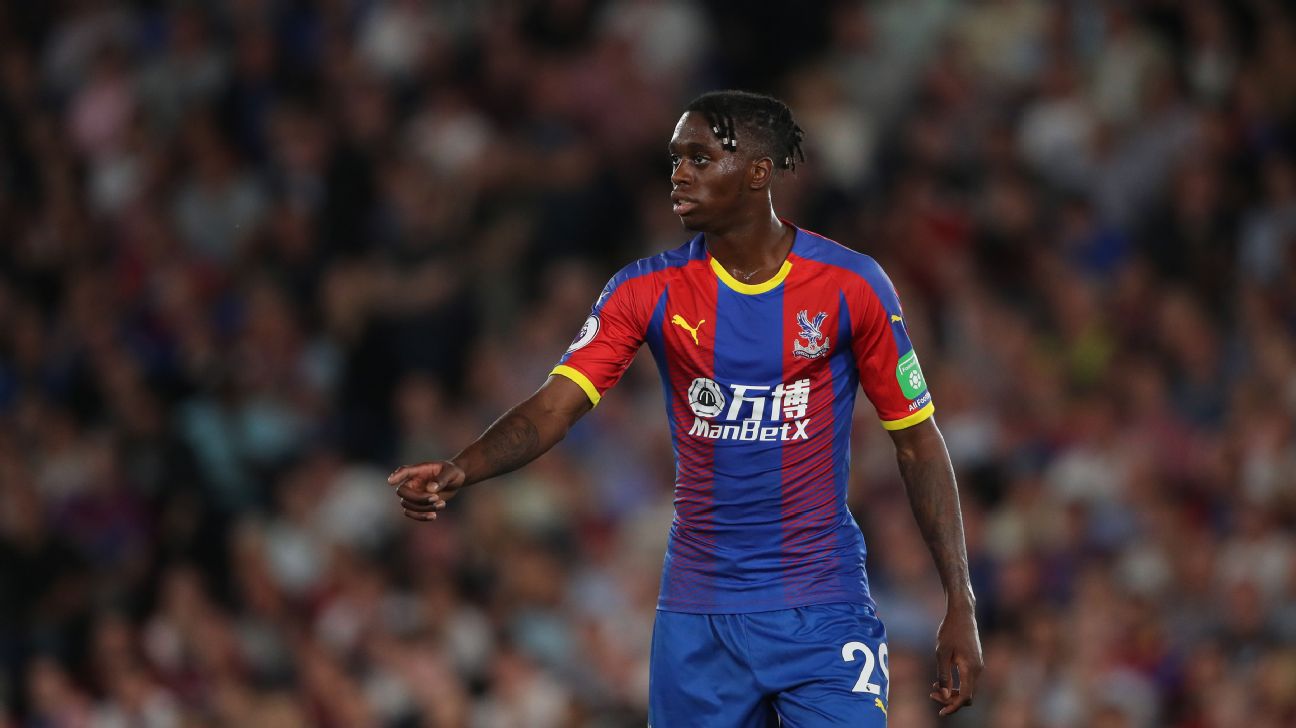 The surprising thing about Aaron Wan-Bissaka is not that he is reportedly about to become the most expensive right-back in the history of football. It’s that only two years ago, the man who Manchester United are rumoured to be spending north of £50 million for, wasn’t even a right-back.

In fact, for much of the time the 21-year-old spent in the Crystal Palace youth ranks, he was not even especially highly rated. In those days he was a relatively modest winger, not close to being cut adrift but definitely not pegged as a future star. He was consistent, a seven-out-of-ten player, but not one to catch the eye, despite his remarkable pace and long, snaking legs.

“In his under-20 year, we weren’t exactly concerned, but he probably wasn’t scoring enough or assisting enough — not of the level you’d want from a Premier League winger,” Gary Issott, Palace’s academy director, tells ESPN.

Indeed, in October 2017, only a few months before he made his senior debut (Feb. 2018) and slid into Premier League life like it was a perfectly-tailored suit, Palace were trying to find a League One club to loan him to. That January, he tried to persuade Palace to let him join a club in League Two. The problem was, none of the managers they spoke to were interested.

It was former first-team coach Kevin Keen who first suggested to academy coaches that he might have the ability to play at full-back. And one morning when the first-team squad were playing a practice match at the club’s training ground, he got his opportunity. The team were short of someone to play at right-back, so Wan-Bissaka was asked to fill in.

This wasn’t just your average practice match, though. Wan-Bissaka’s opponent was Wilfried Zaha, destroyer of full-backs and the cause of twisted blood in many experienced defenders. Zaha didn’t get a sniff, marked out of the game and was physically and tactically bested by the youngster.

“He was one of the few players who could match Wilfried’s pace and power,” says Issott. That performance stuck in the minds of everyone at Palace, even though his initial outings at the back for Palace’s youth sides were a little rough and he couldn’t see a future in the position. After a clutch of injuries left Roy Hodgson short in defence, Wan-Bissaka was called upon.

He wasn’t exactly eased in. While most youngsters might expect a couple of substitute appearances or a run-out in the League Cup to get them used to first-team football, Wan-Bissaka’s first three senior games were starts against Tottenham, Manchester United and Chelsea. His fifth saw him face Liverpool.

A look at the team sheets in those games shows the debutant, barely out of his teens, was up against Eden Hazard, Christian Eriksen, Sadio Mane and Marcus Rashford. But rather than breathing slowly into a paper bag, as most callow youths might be forgiven for doing when faced with those opponents, he excelled. The United game is remembered particularly for the moment he chased down and put in a statement of a tackle on the aforementioned Rashford. If you didn’t know better, you would have sworn he had been there for years.

All of which bodes well for a potential move to the pressure and chaos of Old Trafford. “He’s got a fantastic temperament,” says Issott. “I’m sure he does get nervous but he doesn’t show it. He reacts very well in high pressure situations.” He will need all of that with United, a club with high expectations but currently short of the players to deliver upon them.

The first thing you notice about Wan-Bissaka when you see him live is how natural and easy everything looks. He just seems to be moving quicker than everyone else on the pitch without seeming to strain himself at all. “The best athletes, that’s how they look — effortless,” says Issott. “He’s as quick as anybody we’ve ever had.”

Next, you notice how clean his tackling is. No defender in the Premier League made more successful challenges than him last season, something that’s even more remarkable when you consider most defenders have been learning this art from an early age, whereas he’s barely been doing it for two years.

“I have no idea where I get it from,” he told the Guardian last season. “I’m just as confused when I see all the stats. I’d never tackle on Walton Green [where he played as a kid in Croydon, South-East London]. I was too busy doing the tricks, and I just didn’t like defending.” The players he watched and looked to emulate weren’t Dani Alves or Philipp Lahm, but rather attackers Ronaldinho and Thierry Henry.

As a late convert to defence, he’s had to learn fast, and the good news is he’s doing just that. As an example, early last season he was sent off against Liverpool for a misjudged challenge after reeling in Mohamed Salah when clean through on goal. Yet in the following 23 games he was only booked once, and was cautioned only three further times in the campaign. Wan-Bissaka has had to do most of his education at the top level, but he’s maturing remarkably quickly.

“It’s when talent meets opportunity,” says Issott, explaining Wan-Bissaka’s rise. You suspect those opportunities will keep on coming for the talented 21-year-old.

Neymar set to return for Brazil against S. Korea
Morocco’s run to World Cup knockouts is no fluke; the secret is team spirit
You can’t go deep in a World Cup if you can’t score goals; the USA were doomed
World Cup quarterfinals preview: What to know about each team, predictions, schedule and more
France back Mbappe in QF battle with Walker