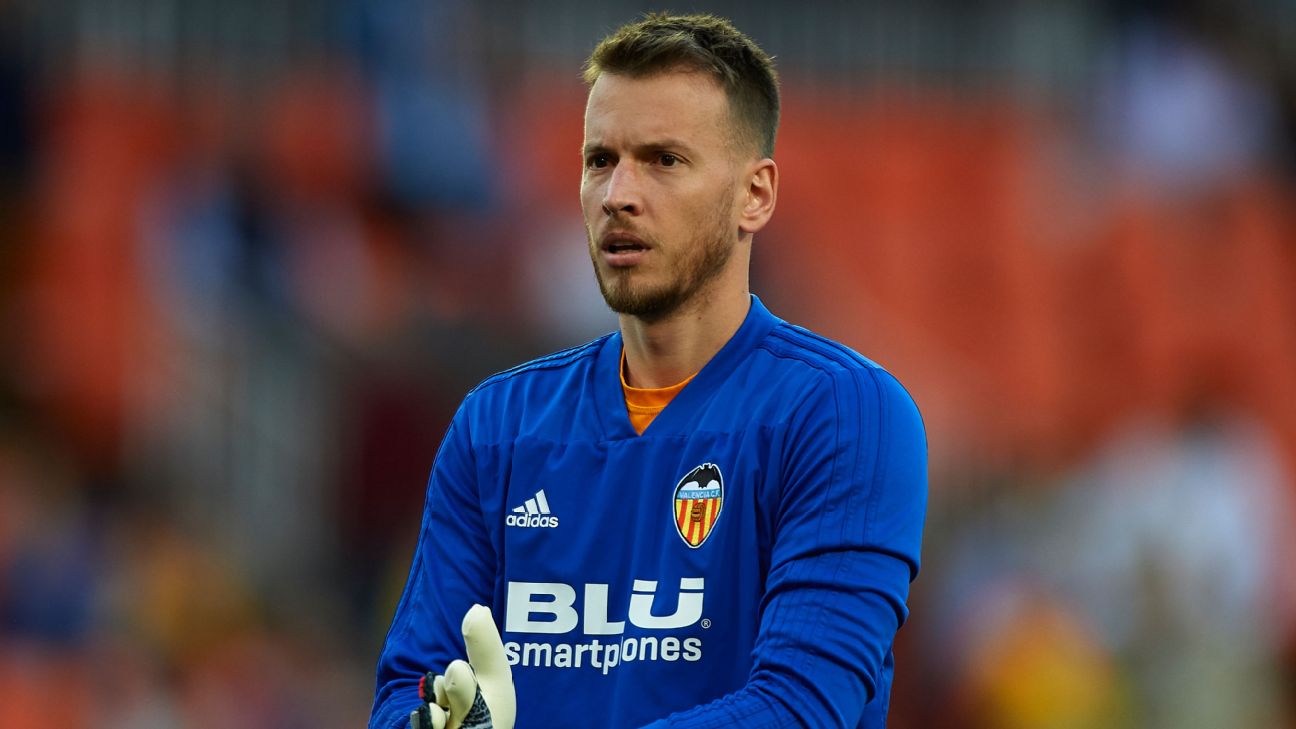 Barcelona have reached an agreement with Valencia over the signing of Brazilian goalkeeper Neto for €26 million plus €9m in add-ons, the Camp Nou side have announced.

Neto will sign a four-year contract and has a buyout clause set at €200m.

The former Juventus goalkeeper joins as a replacement for Jasper Cillessen, who left to join Valencia on Wednesday. He is expected to arrive as back-up to No. 1 Marc-Ander ter Stegen.

Neto, 29, started his career in his homeland with Atletico Paranaense before moving to Europe to join Fiorentina in 2011. He stayed at La Viola for five seasons but only became first choice in the final two, then joined Juve to work as an understudy for Gianluigi Buffon.

Despite only making 22 appearances in all competitions for the Bianconeri, he won five trophies — including two Serie A titles.

In 2017, he joined Valencia, where he made 80 appearances in two seasons across all competitions. He was on the bench for the Copa del Rey triumph over Barcelona in May.

Neto has one Brazil cap and was part of the side which won the silver medal at the 2012 Olympic Games in London.