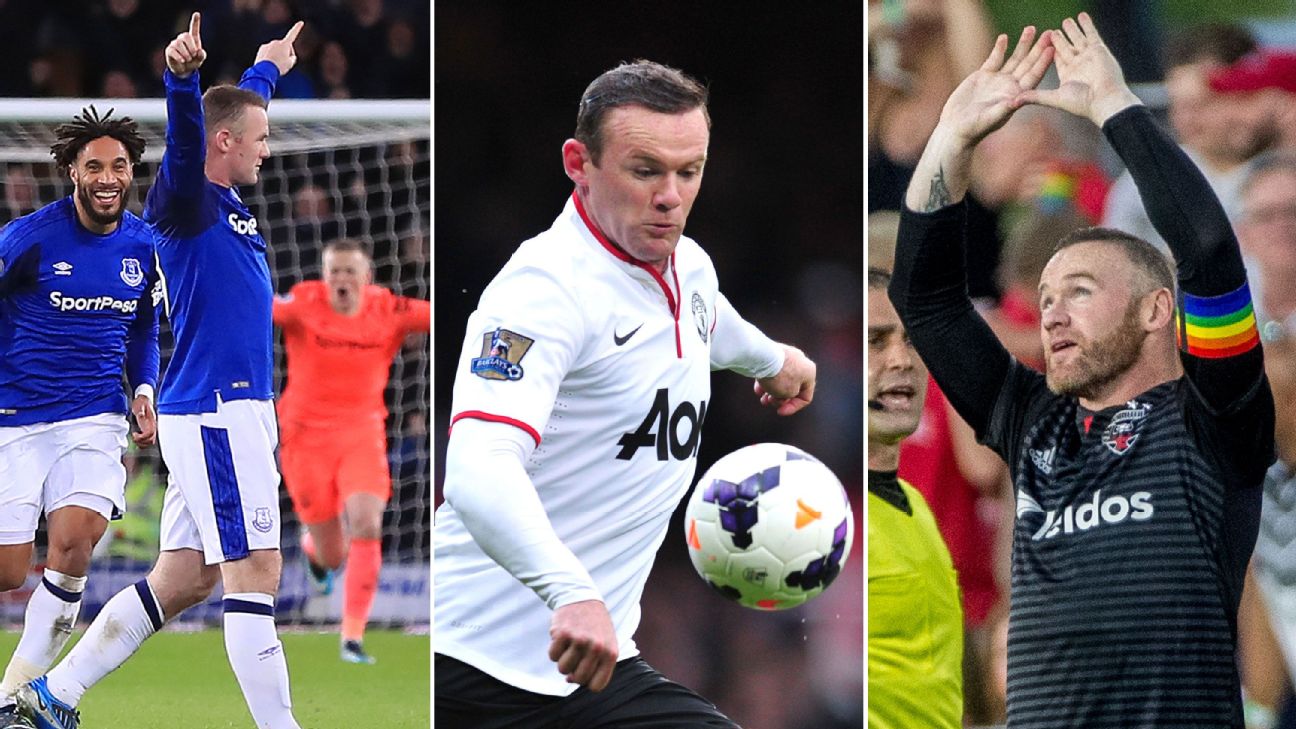 Jump to: Real Madrid ‘bring the noise’ with new away kit | Rio Ferdinand’s fiancee can’t escape him on hen party

D.C. United pipped Orlando City 1-0 in MLS on Wednesday, with Wayne Rooney once again scoring the pivotal goal that will live long in the memory.

With just 10 minutes played, Rooney picked the ball up deep inside his own half, looked up, spotted Orlando goalkeeper Brian Rowe had temporarily vacated his goal and proceeded to thump a monstrous shot in from where he stood.

You’ve got to give it to Rooney, the guy certainly knows how to score a bona fide banger, even at the ripe old age of 33.

Real Madrid ‘bring the noise’ with new away kit

After shocking precisely nobody by opting for a primarily white home kit for next season, Real Madrid have now unveiled the away strip that will be worn alongside it.

The Spanish giants have revealed a dark blue, black and gold shirt will be worn on their travels in 2019-20.

The shirt also features a “soundwave” graphic across the chest which apparently symbolises the “noise generated by the fans in the historic season in which Real Madrid conquered La Decima.”

Maybe this will start a new trend in new kits, with fans moved to ask every summer: “Never mind how it looks… How does it sound?”

With a wedding on the cards, Rio Ferdinand’s fiancee Kate Wright flew out with a group of her closest friends to Mykonos to celebrate her hen party in style.

Before flying out to the Greek island, “Mrs Ferdy-To-Be” posed for an ensemble photo with guests at the airport while perched atop a rather fetching custom suitcase bearing her future husband’s grinning face.

According to the Daily Mirror, Wright put a social media ban on the holiday while the party was in progress but she certainly made up for it after the blackout was lifted.

Indeed, we were treated to the truly harrowing sight of 16 expressionless, chanting Rio Ferdinands marching at us from out of the darkness.

If you’re wondering what Ferdinand himself was doing in the meantime, he was out in Vietnam where he met up with an old work colleague.