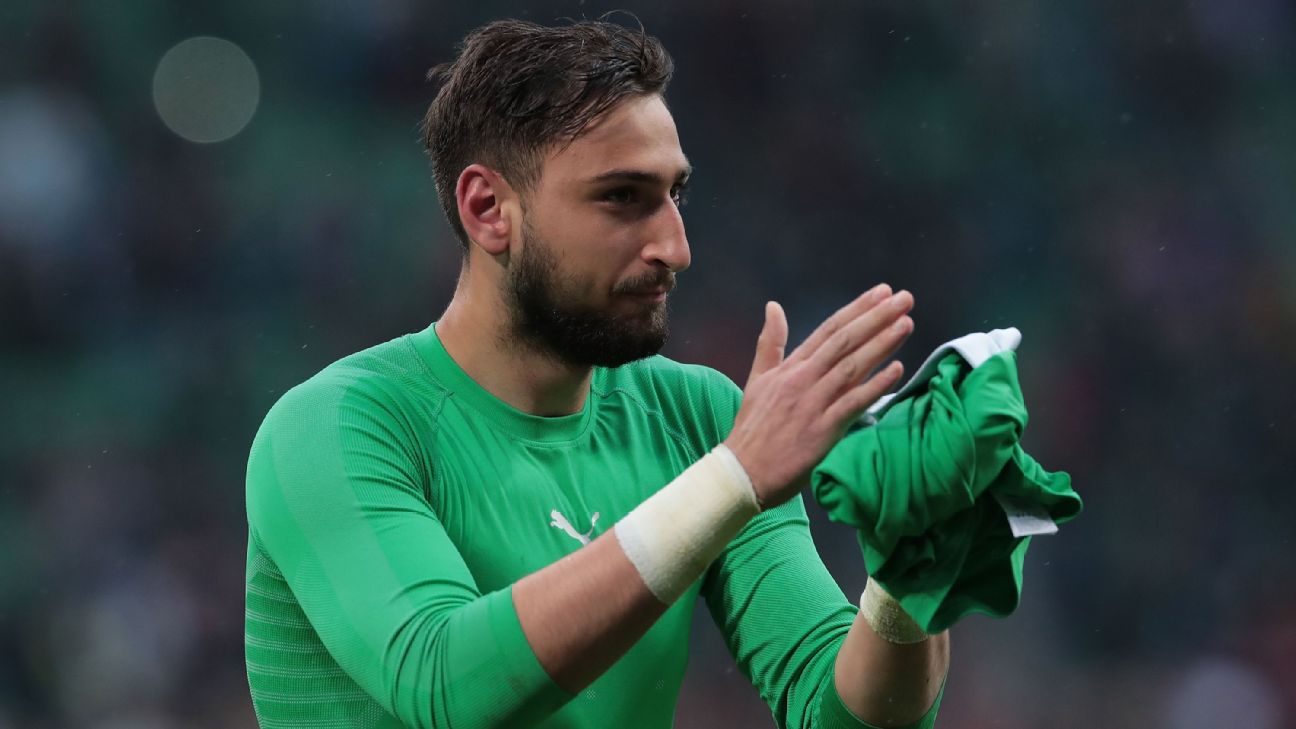 Paris Saint-Germain are in talks with AC Milan over the signing of goalkeeper Gianluigi Donnarumma in a deal which would see Alphonse Areola go the other way, sources have told ESPN FC.

The Serie A outfit would prefer a transfer fee upwards of €50 million. Agent Mino Raiola is heavily involved in the deal as he represents both goalkeepers.

Buffon, 41, has since left PSG, while Trapp could make his loan return to Eintracht Frankfurt permanent, and sources have told ESPN FC Leonardo has already returned to former club Milan to try to secure the highly-rated Donnarumma.

The Ligue 1 giants have been linked with Donnarumma in the past and Leonardo is a big fan of the 20-year-old.

Milan’s financial fair play (FFP) issues are well-documented and it was confirmed on Friday that the Italian giants will not be competing in the Europa League next season.

According to ESPN FC sources, this has both positive and negative consequences with regards to PSG’s pursuit of Donnarumma as it potentially frees him up for a move with FFP sacrifices needed this summer. However, it makes Milan less attractive to Areola, who is not keen on joining a club without continental football or being a makeweight in a transfer.

Sources have told ESPN FC PSG are primarily focused on completing a few more sales before the end of June to remain compliant with FFP regulations. Christopher Nkunku is set to join RB Leipzig and Lille are in talks to sign Timothy Weah.

However, from the start of July, financially boosted by their contract renewal with kit manufacturer Nike and new shirt sponsor AccorHotels’ Accor Live Limitless (ALL) loyalty platform, PSG will have greater funds at their disposal and can continue to pursue Donnarumma.