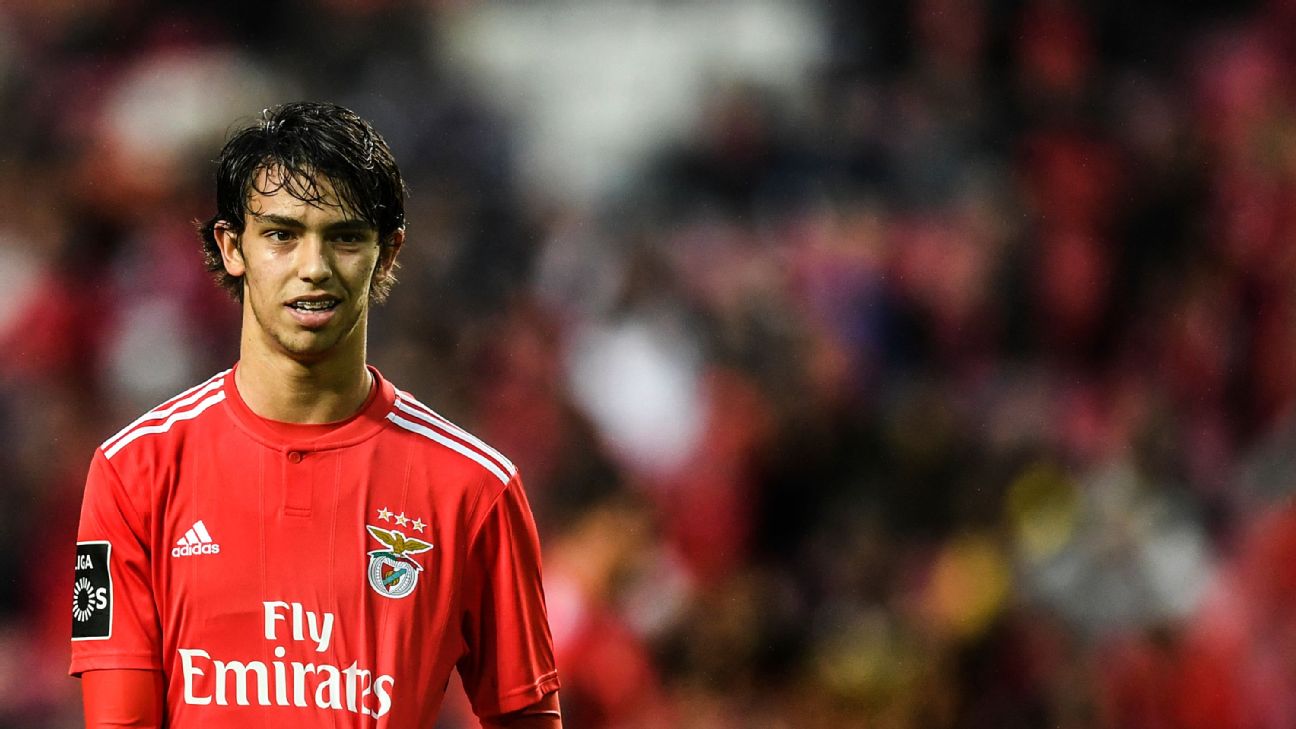 Benfica are evaluating an €126 million offer for Portugal striker Joao Felix from Atletico Madrid, the Portuguese club said in a statement on Wednesday.

If terms are agreed, the 19-year-old would become the most expensive player in Atletico’s history, smashing the La Liga side’s transfer fee record of €72m to sign France winger Thomas Lemar from AS Monaco last season.

“Atletico Madrid submitted a proposal for the acquisition of [Felix] for a total amount of €126m which is being analysed,” Benfica said in a statement to the Portuguese Securities Market Commission.

Felix would become the fifth most expensive signing in history after Neymar, who holds the record after his €222m move to Paris Saint-Germain in 2017, Kylian Mbappe (€180m), Philippe Coutinho (£142m) and Ousmane Dembele (€105m).

Felix scored 19 times for Benfica last season, which included 15 league goals and a memorable Europa League hat trick against Eintracht Frankfurt which made him the youngest player to accomplish the feat in the competition.

An uptick in performances towards the end of the season earned him a call-up to the Portugal national team where he made his international debut and partnered Cristiano Ronaldo up front in their UEFA Nations League semi-final win over Switzerland.

Atletico have been in the market for a forward after talismanic striker Antoine Griezmann said last month that he would leave in the close season.

The France international’s release clause drops from €200m to €120m on July 1, and Spanish media reported that he has agreed personal terms with La Liga champions Barcelona.