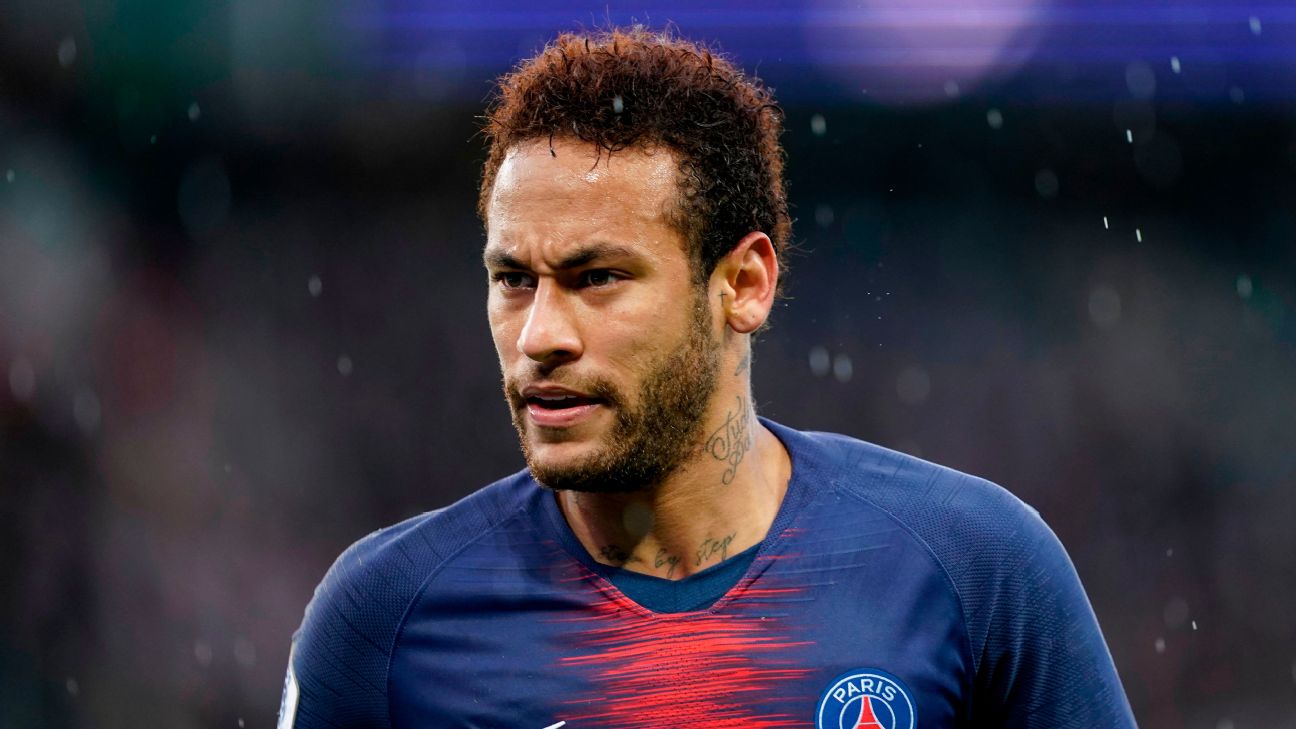 Barcelona vice president Jordi Cardoner has said Neymar wants to return to the club this summer but that the Spanish champions have not looked into bringing him back yet.

Neymar quit Barca for Paris Saint-Germain in a world record €222 million transfer two years ago but life in France has not lived up to expectations for the forward.

Sources have told ESPN FC that PSG are open to selling the Brazilian and that Barca are looking into a deal to facilitate a Camp Nou return.

However, Cardoner denied it’s something the club have discussed but revealed he is aware Neymar is keen on moving back to Barcelona.

“As far as I know Barcelona have not taken any steps to bring him here,” he said in a news conference on Thursday. “The board has not discussed bringing him back, unless the player were to take actual steps.

“It seems Neymar wants to come back, or at least that’s what he’s expressed, but it’s not something on the table. It’s not true that Barca are worrying about signing Neymar.

“It’s an operation we’d need to address, we don’t know what will happen. It doesn’t surprise me that a player that’s left wants to come back.

“There aren’t many places like Barca and Barcelona. There are others that left and came back, like Cesc [Fabregas]. Neymar’s a great player. At the time, though, he decided to leave. Now? We can’t assess it at this stage but we haven’t made contact with him.”

Cardoner suggested he would be against bringing Neymar back due to the way he forced an exit.

The Brazilian has also filed a lawsuit against the Catalan club due to an unpaid bonus he believes he’s due from the last renewal he signed before fleeing.

Barca want to sign a forward this summer and sources have told ESPN FC they will execute Antoine Griezmann‘s buyout clause when it drops to €120m next month.

Reports in the local media, though, say they would be open to bringing in both Neymar and Antoine Griezmann.

That scenario would require the club to sell a number of players to bring in the cash to fund the deals. ESPN FC revealed in April that the club hope to bring in up to €300m in sales this summer, with Philippe Coutinho, Ivan Rakitic and Samuel Umtiti among the players who could leave.

The sales started this week with the departures of Andre Gomes, Jasper Cillessen and Marc Cardona, while goalkeeper Neto has joined from Valencia.