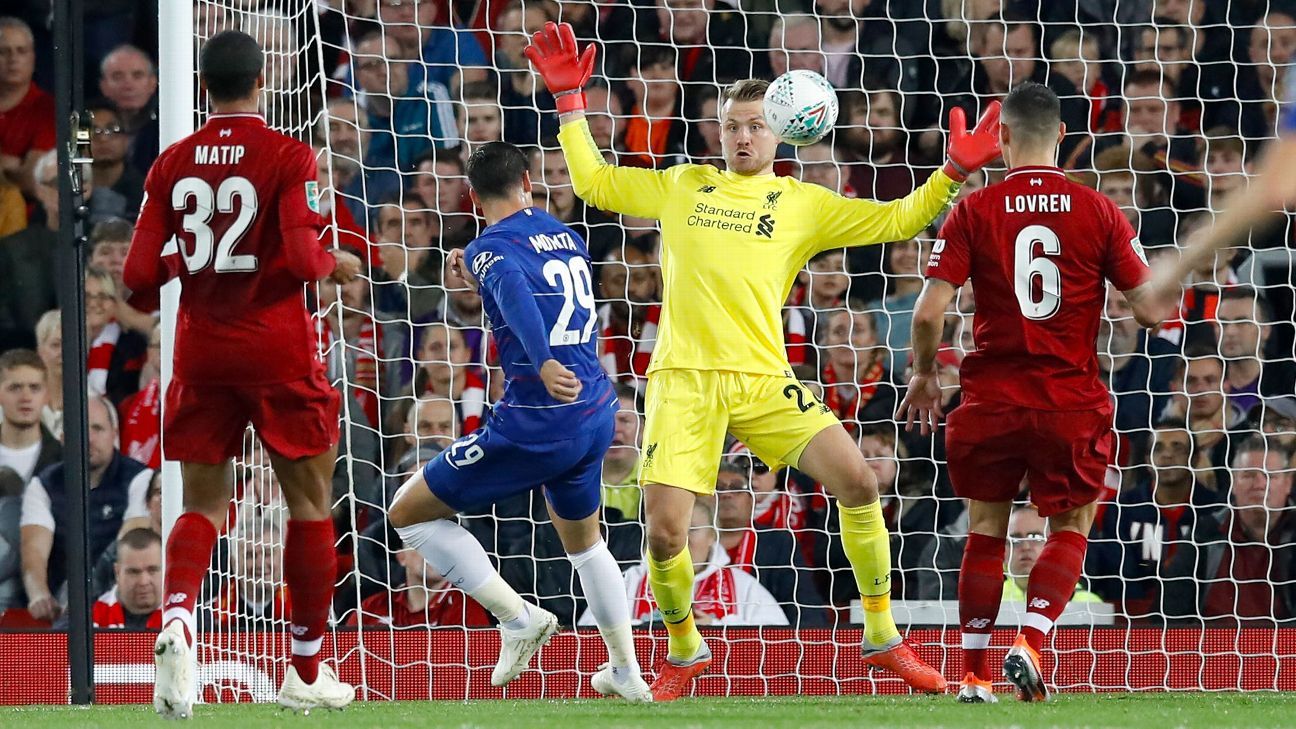 Liverpool do not intend to sell goalkeeper Simon Mignolet to Crystal Palace for £8 million, sources have told ESPN.

The 31-year-old, restricted to two appearances in 2018-19 on account of the brilliance of Alisson since his £65m switch from Roma last summer, is of interest to the Selhurst Park club.

Reports have suggested they are prepping an offer for the Belgium international, however, Liverpool expect him to remain at Anfield.

Mignolet has been the ultimate professional despite being demoted, with vice-captain James Milner revealing in April: “It’s incredible how he is around the training ground, he has the best attitude I’ve ever seen in my life.”

As such, Jurgen Klopp, goalkeeping coach John Achterberg, the rest of the backroom team and the squad want Mignolet to extend his six-year stay with the club.

This is further reflected by sporting director Michael Edwards not putting a price on the stopper, who is part of Liverpool’s senior players’ committee, as he doesn’t foresee a sale.

Palace’s valuation, nonetheless, would fall short of his worth given his extensive experience aligned with a contract that expires in 2021.

Liverpool would only consider the possibility of letting the keeper leave if he was seriously enthused by a suitor and the fee is acceptable — as was the case with Lucas Leiva’s £5m move to Lazio in 2017.

Meanwhile, Alberto Moreno has agreed to join Villarreal following his release from the club.

The left-back was offered a lucrative new Liverpool deal last year, but turned it down in search of greater game time having played just five times in the recent campaign.

The Spaniard, signed from Sevilla for £12m in 2014, was also tracked by his former club and Marseille.

Moreno knew he would be on reduced terms upon departing Liverpool, but his decision was driven by his career and the happiness of his family.

The 26-year-old will officially become a Villarreal player on July 1, when his contract with the Reds expires.

Liverpool are due to announce their first signing of the summer this week after beating out PSV Eindhoven, Bayern Munich and Ajax to land coveted teenage defender Sepp van den Berg.