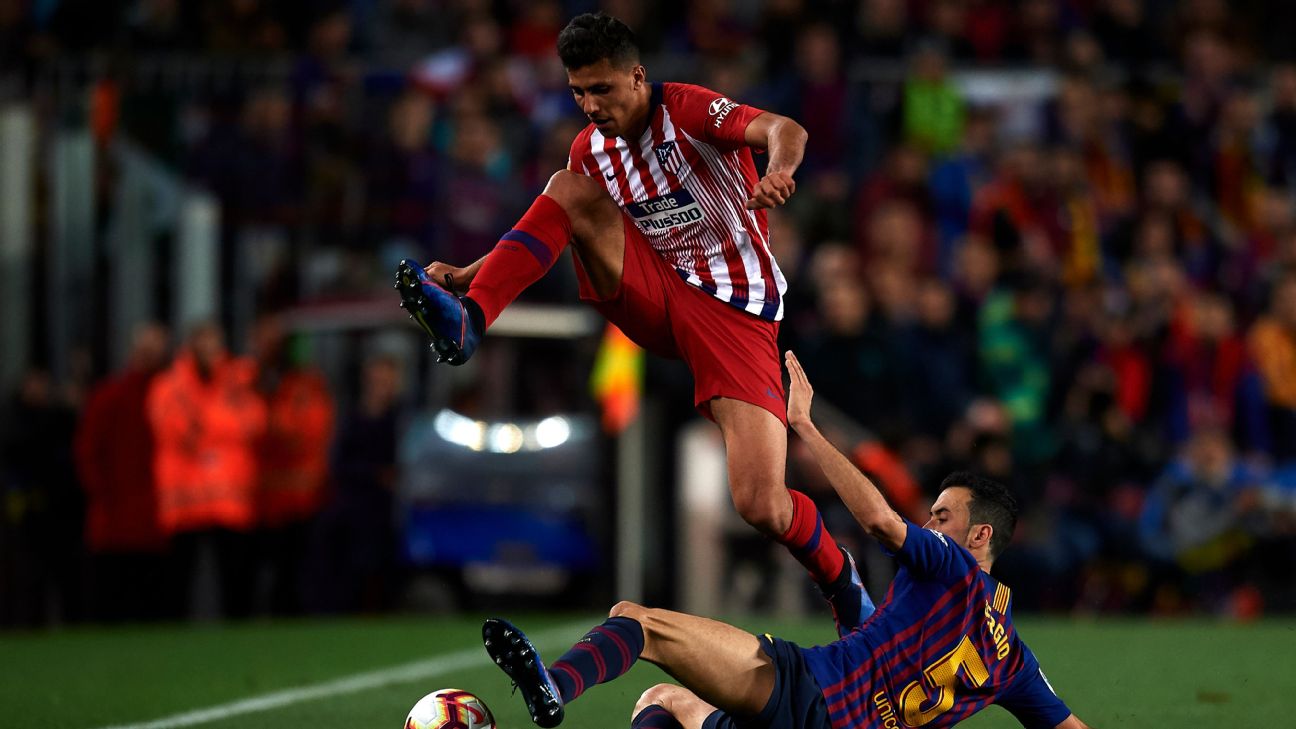 Manchester City hope to complete the signing of Atletico Madrid midfielder Rodri Hernandez by next week, sources close to ESPN FC have confirmed.

Bayern Munich had been making a strong push for the Spanish international right down to the wire, but several sources have confirmed to ESPN FC that Rodri, 23, has finally opted to accept the offer from City.

Once the agreement is official, he will become the most costly signing in the history of the club, currently managed by Pep Guardiola.

City will have to pay £63 million (€70m) of his release clause due to the fact that Atleti were unwilling to negotiate a reduction. When the transfer is complete it will set a new club record, breaking City’s current transfer record of £60m, which they paid last summer to move Riyad Mahrez from Leicester City.

In April, ESPN FC reported that Rodri was Guardiola’s top target for the summer window because the Catalan coach was in search of a defensive midfielder who could take the place long-term of Fernandinho, who turned 34 last month.

Guardiola has the services of multifaceted Ilkay Gundogan for that spot, but he wanted a specialist like Rodri, who has been hailed as Spain’s successor to Sergio Busquets at the base of midfield and who was a key player for Barcelona during their golden era. Rodri left Villarreal just one year ago and was signed by Atletico for €20m.

Atletico Madrid coach Diego Simeone had tried to convince his prospect to continue at the Wanda Metropolitano by offering him a bigger role. Sources say Rodri seriously considered Simeone’s proposal, but last week made his wishes known to the club front office to seek a new challenge outside of LaLiga.

Bayern made a last-minute push to convince Rodri to follow Lucas Hernandez to Germany, but ultimately Guardiola won the appeal. Manchester City are expected to pay the €70m to La Liga by next week to seal the deal.