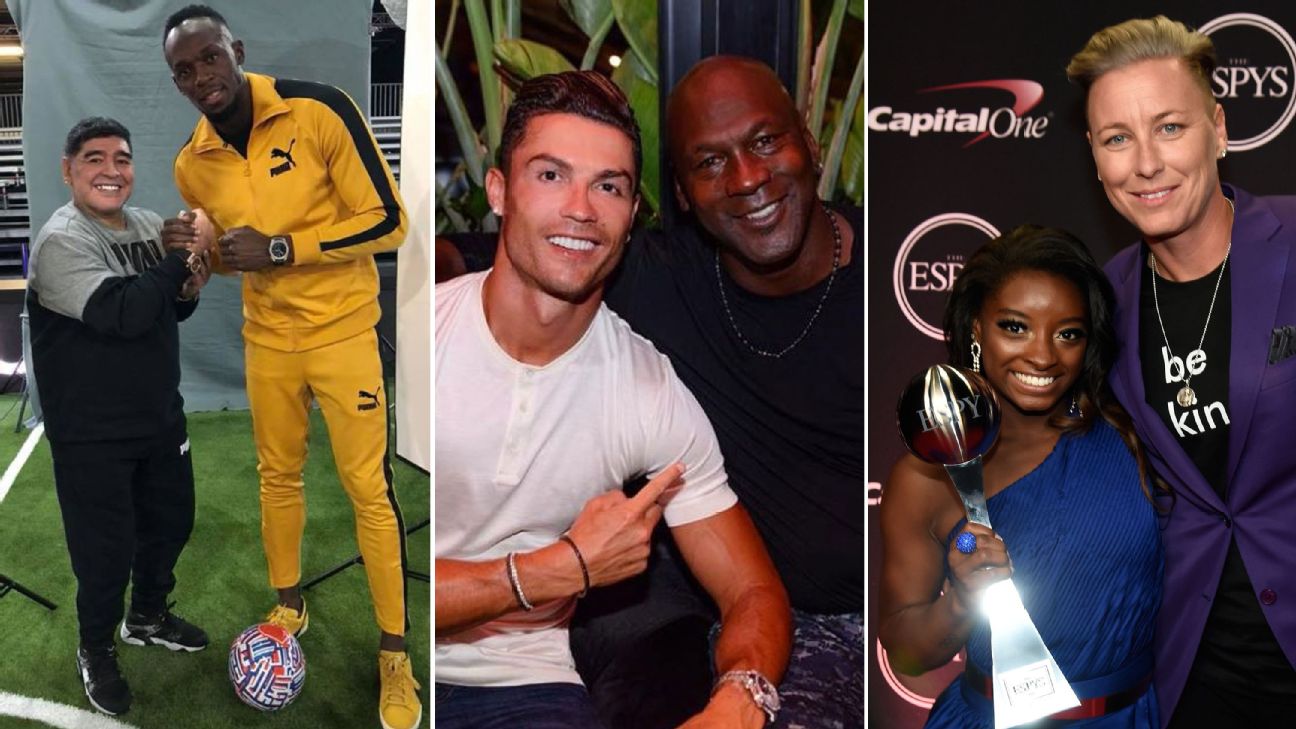 Jump to: Ex-Barca captain Puyol proves he’s a legend in his own back garden

Cristiano Ronaldo had the pleasure of meeting with a fellow sporting icon recently when he bumped into none other than Michael Jordan.

The Juventus star, who is currently enjoying his summer break after a long season, met the NBA legend and recorded the meeting for posterity via his Instagram account.

“We made history,” Ronaldo exclaimed in his caption, along with emojis of a football, a basketball and a gold medal. The image garnered well over five million likes within the first 12 hours of it being posted

– Ramos rode dragon to ‘Final Countdown’ at wedding
– Bellerin lights up Paris Fashion Week in pink snakeskin
– How do stars leave Whatsapp groups when they move?

Puyol a legend in his own back garden

When it comes to blitz training drills, Carles Puyol most definitely still has it.

The former Barcelona captain has posted a video of him going through his paces in the back garden, along with an intriguing caption that reveals he is “working on a new project.”

The mesmerising clip is rounded off by a lovely little dinked finish from a man you’re more likely to associate with full-blooded blocks and heroic last-ditch sliding tackles.

It was even enough to earn a round of emoji applause from former Barca cohort Javier Mascherano in the comments.

As for the new project, we eagerly await further developments with bated breath.