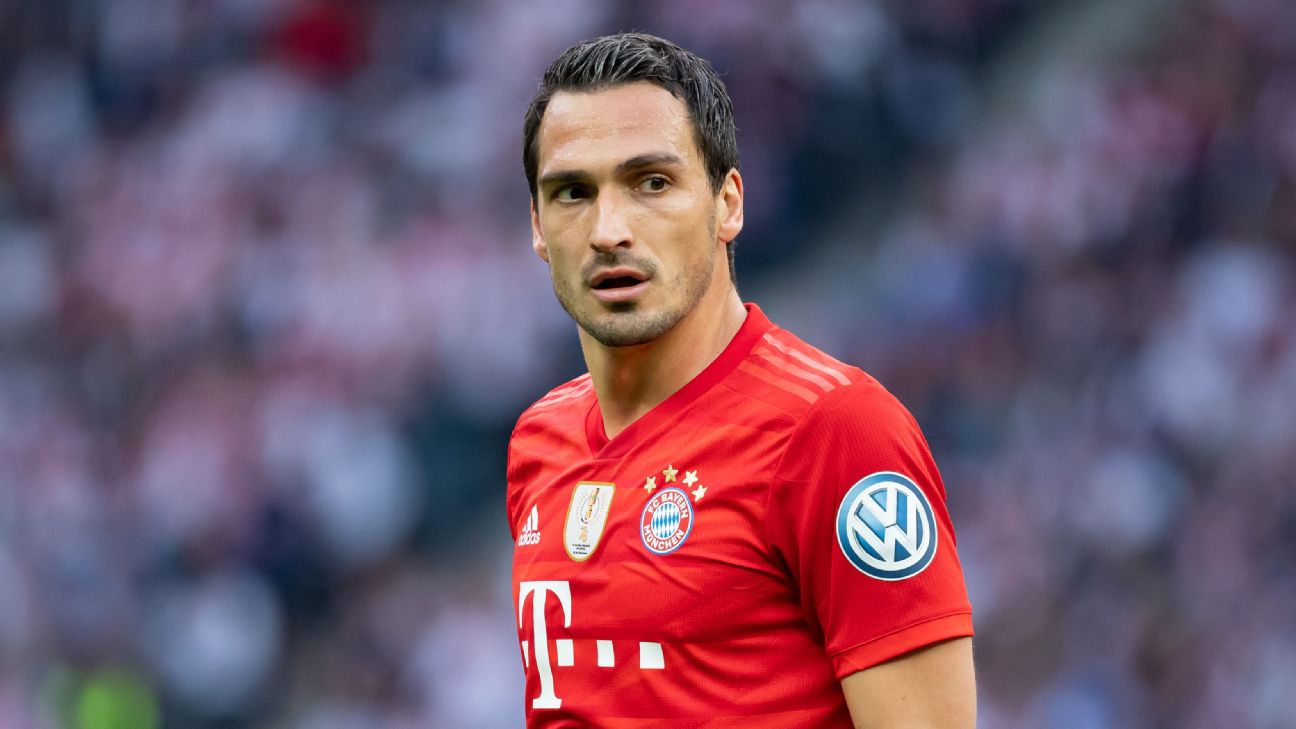 Why? The obvious and indeed most accurate answer is that all three parties felt that Mats Hummels‘ move back to Borussia Dortmund from FC Bayern Munich was in their interest. But that tells us nothing about how each of them arrived here, and then quickly found an agreement that would have seemed beyond the realm of fantasy a few months ago.

Borussia’s thought process is relatively easy to explain. The main reason that last season’s runners-up failed to win the league was their young defence’s lack of experience and self-organisation. The professorial coaching methods of Lucien Favre exacerbated the problem: BVB were missing crucial intangibles like presence, grit and leadership in key games after the winter break and paid dearly.

Towards the end of the campaign, the board started looking out for the centre-back equivalent of Axel Witsel; they wanted a player who’d be prepared to challenge Favre in a productive fashion and make for a more vocal representative of the club’s more ambitious outlook, too. They initially discussed making a move for Bayern’s want-away stalwart Jerome Boateng but were soon tipped off that another Munich-based 2018 World Cup winner might be available this summer: Hummels.

– Story: Hummels returns to Dortmund
– Honigstein: What else do Dortmund need to overtake Bayern?
– When is the Champions League group-stage draw?

Unmistakably confident in his own abilities, the former Germany international had been one of the key members of the team during the renaissance under Jurgen Klopp a decade ago. Hummels and Klopp often clashed due to the player’s outspoken nature, but his overall reliability and influence made him undroppable.

The return leg against Real Madrid in the 2013 Champions League semifinal was a good example of that: Hummels, 24 years old at the time, stood up in the Bernabeu dressing room and told his visibly nervous teammates that there was nothing to fear. As far as he was concerned, they would go out and smash the Spaniards a second time. (Dortmund lost 2-0 on the night but progressed to the final 4-3 on aggregate.)

In Dortmund’s estimation, Hummels’ coolness under pressure more than makes up for his distinct lack of pace, as will the fresher legs around him. In any event, Favre’s team rarely play a high line and can really do with his superb passing from the back.

Dortmund’s fabled scouting department will also have taken a very close look at Hummels’ performance figures and concurred with external data providers like Impect, who have consistently maintained that his demise has been exaggerated. At a fee of €30 million rising to €38m, the pros for the Black and Yellows vastly outweighed the cons, which mainly consist of an expected backlash from fans still annoyed about his transfer to Bayern three years ago.

How will this impact Bayern?

The champions’ willingness to let their most technically accomplished defender leave for a direct competitor is much more surprising. When rumours first started circulating at the end of March that Bayern might be pushing Hummels out of the door, the story never made it into the Bavarian papers: quite simply, no one quite believed it. Reporters were right to be skeptical, as not even Hummels himself could be entirely sure that his employers were serious, according to a source close to the player. Bayern had flip-flopped over the sale of Boateng the previous summer, the defender recalled, and perhaps their mind wasn’t really made up this time, either.

Yet Bayern’s less than subtle hints about Niklas Süle being the new boss at the back, combined with fresh competition from French World Cup winners Lucas Hernandez and Benjamin Pavard got Hummels thinking that his future might lay elsewhere. “He got the the hint,” says a source close at Bayern. Following an internal review after their Champions League exit against Liverpool, the club decided they needed a younger, quicker defensive pairing at the back.

There was another, political dimension to this parting of ways as well. Hummels was one of Niko Kovac’s most outspoken critics, both in front of the media and even more so behind closed doors. When president Uli Hoeness, Kovac’s biggest advocate at the club, won the argument over CEO Karl-Heinz Rummenigge and the Croatian manager was kept in the job for next season, letting Hummels go made sense in terms of internal dynamics.

The club are well aware that Kovac goes into 2019-20 with sections of the team still not convinced that he’s up to the job. The least they could do was to make his job a little easier by axing another prominent internal critic and installing a new assistant coach, Hansi Flick, to lift the mood in a gloomy dressing room. (Take Hoeness’ insistence that the former deputy of Germany manager Joachim Low was hired “at the specific request” of Kovac with a bucket-load of salt.)

In the end, Bayern’s decision to stick with their embattled manager after the double win helped Hummels make up his mind to head for the exit. He’d rather attempt to lead Dortmund to another championship than to fight for a place under a coach who doesn’t enjoy his full confidence, ESPN was told, and could well have seen his authority questioned again if Bayern were to perform poorly to open the season.

For the Bavarians, this comes down to a €115m bet that Hernandez and Pavard will be better than Hummels and (the soon-to-be-sold) Boateng as second and third-choice centre-backs. Judging by the largely vexed reactions of their fan base following Hummels’ sale, they had better be right.