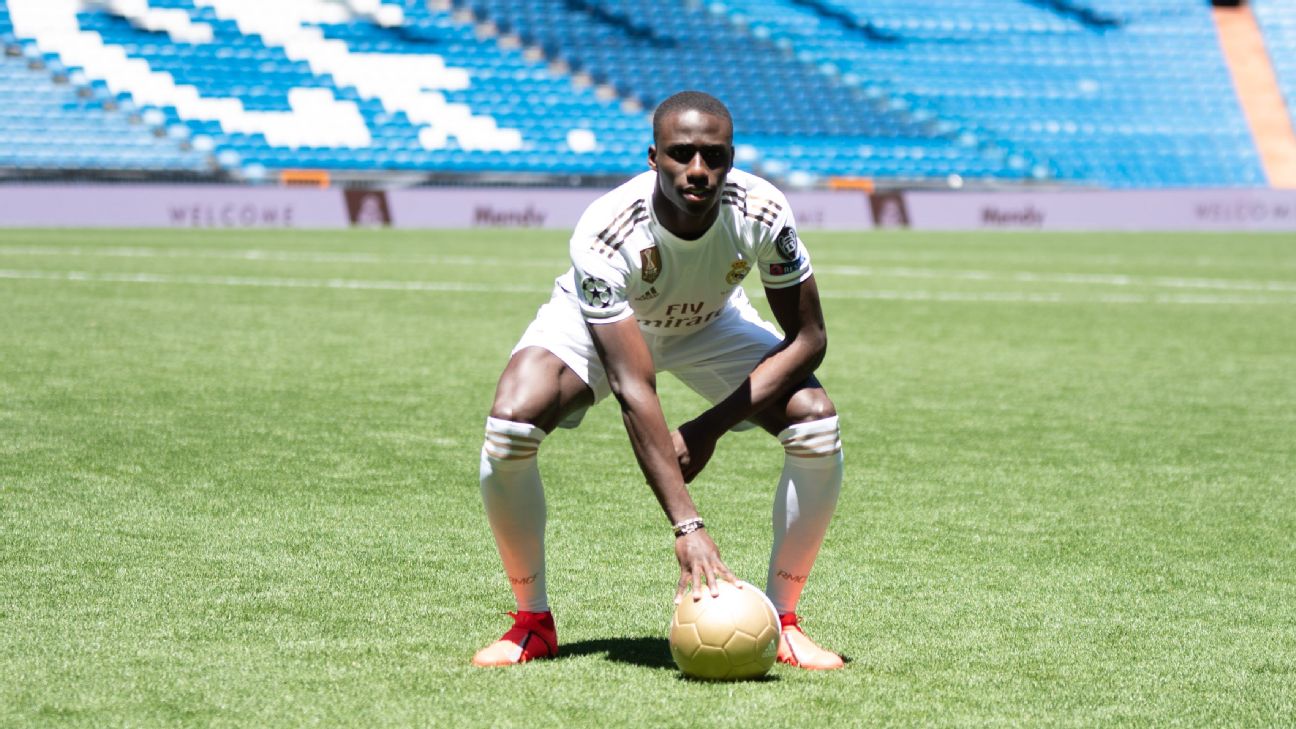 New Real Madrid signing Ferland Mendy said he was told he would never play football again after a hip operation as a 15-year-old left him in a wheelchair.

The France international put pen to paper on a six-year contract following his €48 million transfer from Lyon and was unveiled on Wednesday.

Real Madrid president Florentino Perez was full of praise for the 24-year-old during the left-back’s unveiling and said Mendy was ready to take on the task of playing at the club having already “overcome many challenges” in his life.

“When I was 15, I had hip surgery,” Mendy said in a news conference when asked about those challenges. “I was told I wouldn’t play football again.

“I spent some time in a wheelchair, then six or seven months in the hospital for rehabilitation in order to learn to walk again and now I’m at Real Madrid. It’s really incredible.”

Mendy joined Lyon in June 2017 from French second-tier side Le Havre and has been voted the best left-back in Ligue 1 in the past two seasons by his peers. He made his international debut against Uruguay in November.

“At the beginning I couldn’t believe it,” Mendy said of his move to the Spanish giants. “It’s starting to sink in.

“I think Real Madrid can teach me a lot about football and about life. I want to win as many titles together with Madrid.”

Mendy is Madrid’s fifth summer signing. Brazilian forward Rodrygo joined Madrid from Santos in a €45m transfer earlier this week; a deal that had been agreed last summer.