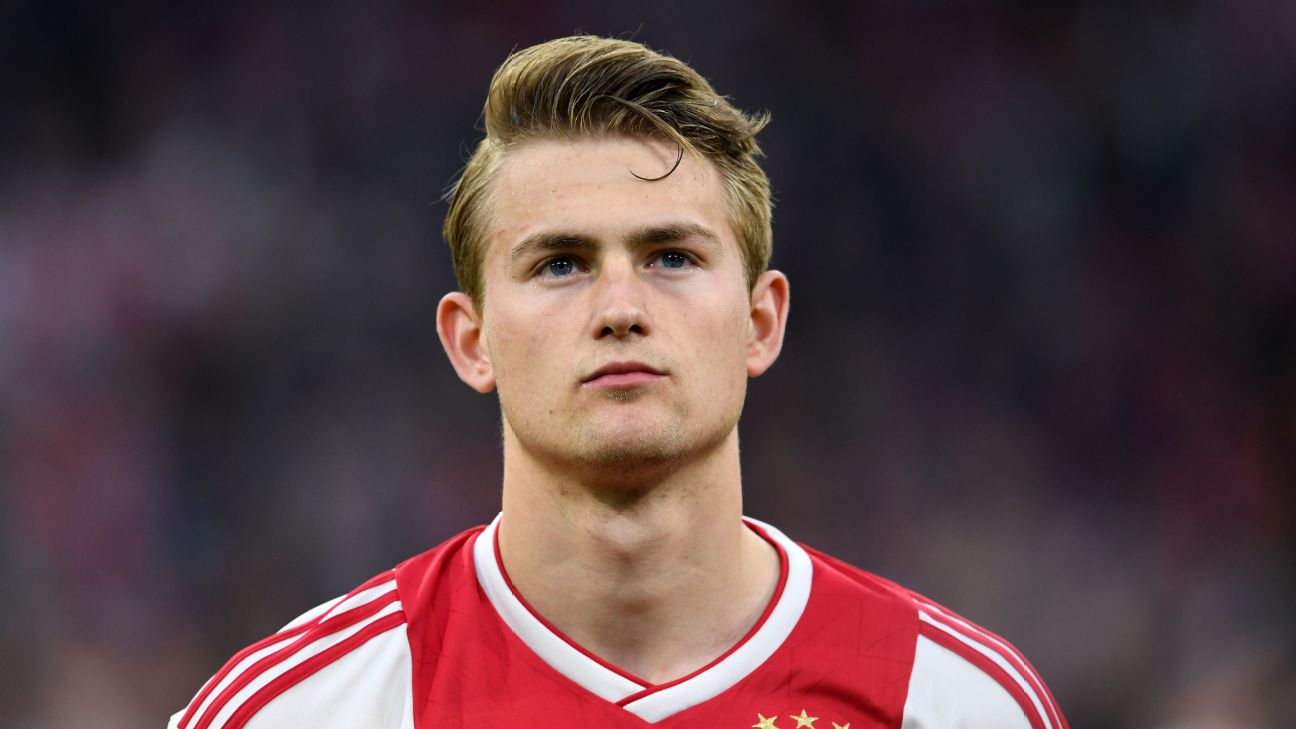 Will Juve stump up the cash for De Ligt?

The future of Matthijs de Ligt has been a source of incessant speculation in recent months and now the Times is reporting that Ajax are asking for a bank-busting fee of £75 million from whichever club finally takes him off their hands. That claim follows reports yesterday that Juventus were the latest club the young Dutch superstar had pledged his future to.

Heads have been spinning at Ajax from the moment it became clear that the teenage prodigy saw no future in remaining in Amsterdam, despite the club’s stunning season in the Champions League, which saw them come within an ace of making it to the final.

The paper understands from a source at Ajax that Juve have yet to make a formal offer for the player. The paper also reports that the involvement of Mino Raiola in any prospective deal is causing nervousness among a number of clubs, including the likes of Manchester City, who had been linked with De Ligt as a replacement for Vincent Kompany.

PSG open to Ney offers, if a big name is included

Neymar‘s desire to leave Paris Saint-Germain is no secret, and now it looks as though the French club could be willing to play ball with Barcelona — but only if the financial terms are “acceptable.”

At least that’s what the Times is reporting, with the paper claiming that Neymar’s departure could soon be sealed and might even end with Philippe Coutinho or Ousmane Dembele moving in the opposite direction.

Barca are apparently prepared to pay PSG as much as £90m for a player they sold for £200m in 2017 and could throw in Coutinho or Dembele — players they broke the bank to sign — as part of the deal.

No tears would be shed at Coutinho’s departure, with the player struggling to make an impact at the Nou Camp since arriving from Liverpool in January 2018.

Manchester United and Chelsea have previously been linked with a move for Neymar as well, but may struggle to come up with a name big enough to entice the French champs.

His dream of a move to Real Madrid may have turned sour, but Christian Eriksen hasn’t given up hope of earning a switch to either Manchester United or Juventus.

That’s according to the Mirror, which reports that the Denmark international was so convinced he was leaving North London that he packed up his house in the capital in preparation for his exit.

Madrid’s signing of Eden Hazard and their pursuit of Paul Pogba look to have kiboshed any hopes Eriksen had of heading to the Spanish capital, but, ever the optimist, he could be open to offers from either United or Juve as both look to build sides capable of winning the Champions League.

Eriksen has apparently already told his Spurs teammates that he won’t be at the club next season.

– Championship side Leeds United are set to demand £30m for Kalvin Phillips, which is double what newly promoted Aston Villa are reportedly willing to pay for the midfielder. That’s according to the Sun, with the paper reporting that the Elland Road club are holding out for a bumper payday for a player who has emerged as the top target for the Championship playoff winners.

– Staying with Aston Villa, it looks like Alan Hutton could be on his way out of the second city — and heading to Nottingham Forest. Hutton is currently a free agent, and the Sun reports that the Scot is on the verge of joining the Martin O’Neill revolution at the City Ground.

– To the women’s game now, where Australia captain Sam Kerr has been offered a $1 million, two-year deal to join Chelsea — that’s according to the Daily Telegraph.