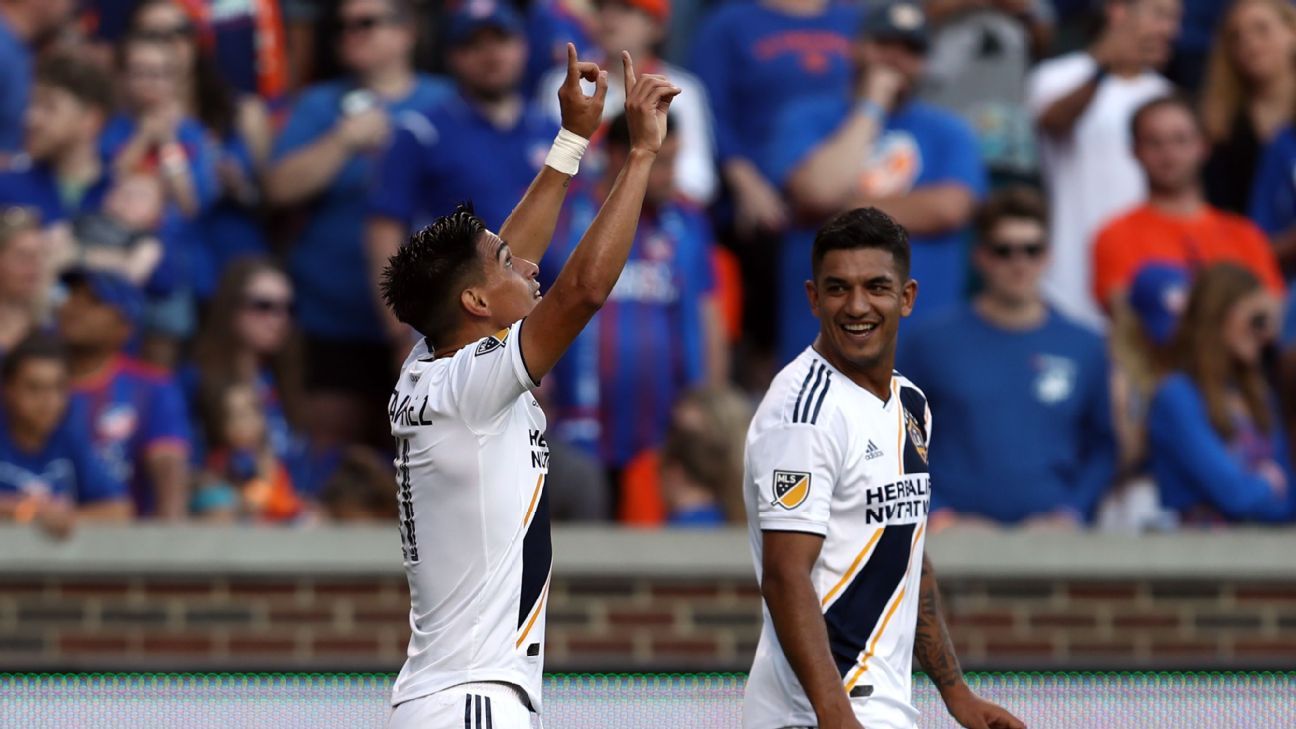 Favio Alvarez had a goal and an assist as the LA Galaxy scored twice in the game’s first 15 minutes en route to winning their third straight road match, 2-0 over FC Cincinnati on Saturday night.

The Galaxy (10-6-1, 31 points) came out of the recent MLS break in impressive fashion as Emmanuel Boateng scored the club’s earliest goal during a match this season, in the 12th minute. Three minutes later, Alvarez, who assisted on Boateng’s goal, recorded one of his own to help Los Angeles win for the third time in four contests.

LA prevailed despite a rather quiet night from star Zlatan Ibrahimovic, who has 11 goals in 13 league matches.

Cincinnati (3-12-2, 11 points) has conceded 17 goals during a five-game losing streak and has managed just four points over its past 13 league matches.

It seemed only a matter of time before LA would break through Saturday.

The Galaxy got the first quality chance in the third minute when Sebastian Lletget went too high on a point-blank chance off a cross. Two minutes later, Boateng was in a one-on-one scenario with Cincinnati keeper Spencer Richey, who essentially ran into the ball for the save.

Boateng was eventually rewarded when he curled in a left-footed attempt for his first of goal of the season. Cincinnati’s inability to clear the ball out of its own box led to Alvarez being able to bounce in a follow for his second goal of the year.

Midfielder Emmanuel Ledesma was the most active and disruptive player offensively for Cincinnati. His best chance came on a header from the center of the box that went high in the 22nd minute.

Cincinnati applied enough pressure in the second half to keep Galaxy keeper David Bingham on his toes, but nothing else.