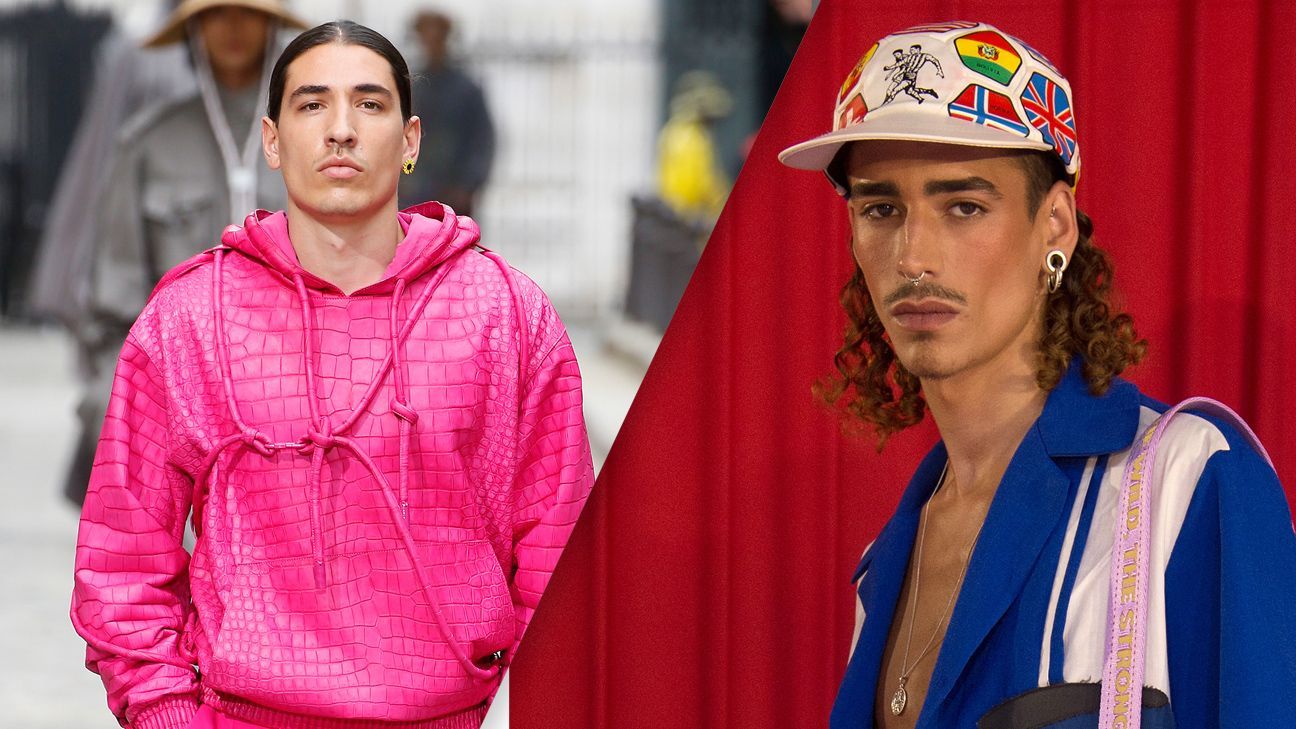 While the majority of his contemporaries are currently dotted around the tropical beaches of the world, Hector Bellerin is spending his summer break doing something a little different.

Indeed, the Arsenal right-back has been ripping it up at Paris Fashion Week, hitting the catwalk for designer Virgil Abloh while modelling the Louis Vuitton spring/summer 2020 range. Bellerin was a vision in pink snakeskin as he made his way down the runway along with a slew of other trendy famous faces, including South Korean rapper Song Mino.

The Spaniard, who is no stranger to the world of high fashion, is currently returning from a knee ligament injury that saw him miss a large chunk of last season. From the looks of things, it would seem the rehab is going well. A model athlete in every sense…

As you might have heard, Neymar’s future is up in the air amid reports that the Brazilian star is keen to leave PSG at the nearest available juncture.

With a potential return to Barcelona unlikely, Real Madrid have now emerged as candidates to secure Neymar’s expensive services — though nothing concrete has emanated from either camp yet. However, Karim Benzema’s latest Instagram post proves that Neymar has been in direct contact with at least one member of the Los Blancos family.

Benzema captioned the post “Nueve/Neyney” — a reference to his favoured shirt number (9) and a delightful nickname for his chum, who himself replied with a couple of “applause” emojis.

We could be jumping the gun ever so slightly here, but this is all the proof we need that a massive transfer to Madrid is in the works for Neymar.

There will be a new football for the knockout stages of the FIFA Women’s World Cup as Adidas pay homage to the 1998 World Cup ball.

The Paris tournament will now be played out with a red, white and blue ‘Tricolore 19.’

Introducing Tricolore 19 – the Official Match Ball for the Knockout phase of the FIFA Women’s World Cup France 2019™. The ball will be used for the first time on Saturday during the first Round of 16 matches of the competition @FIFAWWC #DareToShine pic.twitter.com/uyXjG2O18L

Yes, the Carabao Cup draw happened in a supermarket

As reported earlier in the week, the Carabao Cup draw did indeed take place in a supermarket just down the road from Wembley Stadium and the event, while lacking a bit in glitz and glamour, went off without a hitch. Ray Parlour and John Barnes did the draw honours and the matchups are set for the opening round before Premier League clubs join in later on in the competition. If you missed it, here’s a look at how it went down.

One of the best strikers of his generation has retired after a glittering 18-year career. Fernando Torres brought a great deal of joy to those who watched him play — mostly Atletico and Liverpool fans — so here are some of his best moments.

We had enough room to compile a few of his worst misses (mainly from his time at Chelsea) but that would be a bit cruel.

Sources: Newcastle rule out move for Ronaldo
Ecuador beat Qatar in tournament opener
Follow live: Spain seek winning start against Costa Rica
Germany deserved to lose against Japan, but can they turn it around before their World Cup is over?
Should Canada have had three VAR penalties vs. Belgium?