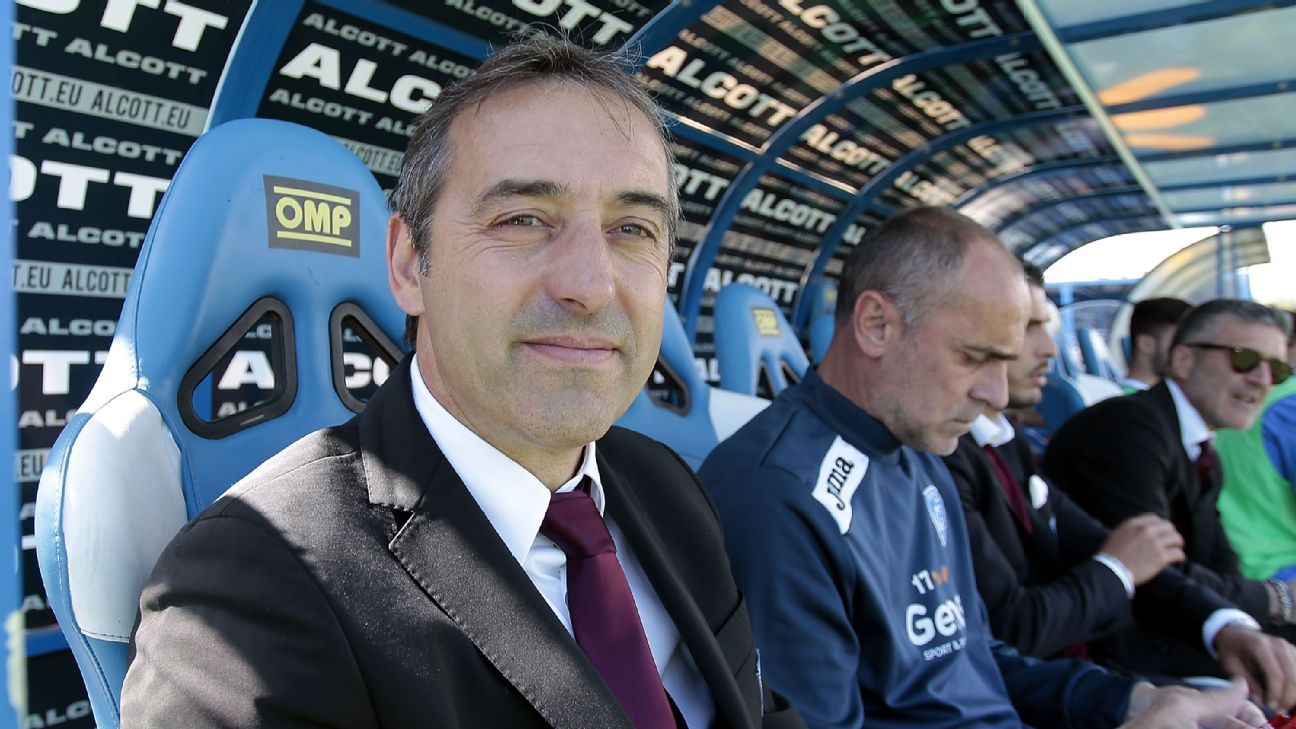 AC Milan appointed Marco Giampaolo as their new coach on Wednesday, handing him the job of trying to end their eight-year trophy drought and take them back to the Champions League after a six-season absence.

It is the first time the 51-year-old, previously in charge of Sampdoria for three seasons, has coached at one of Serie A’s big clubs and he will also be looking to land the first trophy of his well-travelled and somewhat chequered career.

He replaces Gennaro Gattuso who quit the job in May with two years on his contract after Milan missed out on next season’s Champions League by one point after finishing fifth.

Milan said in a statement that they had handed Giampaolo a two-year contract with an option to extend for a further year.

Milan, seven-times European champions and 18-times Serie A winners, have suffered a series of mid-table finishes in the last few seasons, their fall from grace coinciding with Serie A’s own loss of prestige.

They last won Serie A in 2011 and have not qualified for the Champions League since 2013-14 when they reached the round of 16.

Italian media tycoon Silvio Berlusconi sold the club to a Chinese-led consortium in a €740 million ($832m) deal in April 2017 and the club changed hands again the following year when it was taken over by U.S. hedge fund Elliott Management. Giampaolo spent his playing career in Italy’s third and second divisions before it was curtailed by an ankle injury when he was 30.

He lifted Ascoli out of Serie B in his first season as coach in 2004-05 and then kept them in Serie A the following season.

That was followed by a topsy-turvy stint at Cagliari where he was hired before the start of the 2006-07 season, sacked after six months, rehired two months later and sent packing again in November 2007.

In 2011-12, he was appointed by Cesena but fired after three months with the team in the relegation zone.

Next stop was Serie B side Brescia in July 2013 but again it was short-lived and he quit two months later, followed by Cremonese for the second half of the 2014-15 season.

However, he revived his career in 2015 when he replaced Maurizio Sarri at Empoli and, despite the team having sold several key players, managed a more than respectable 10th place with the Tuscans. That was followed by the move to Sampdoria where he further enhanced his reputation.

What’s it like to take a penalty at the World Cup? ‘No joy, just pure relief’
Hazard retires from intl. football after WC exit
‘The best in the world’: Why Brazil’s Casemiro is essential to their World Cup hopes
Follow live: England face Senegal in round of 16 World Cup clash
Croatia stun Brazil on penalties after extra-time drama