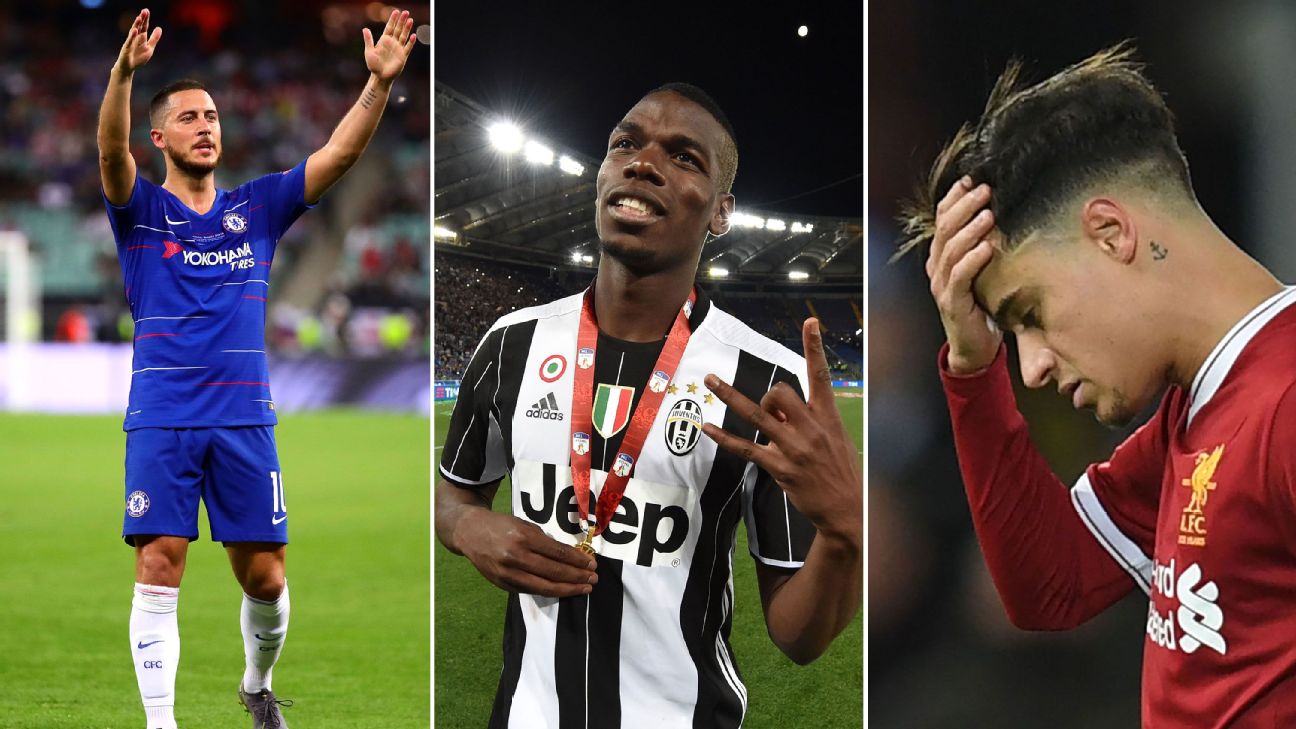 Jump to: Mbappe would play as Liverpool in FIFA is cash was at stake | Joe Hart admits new tattoo is “not everyone’s taste”

As if the grand unveiling at the Bernabeu wasn’t enough, Eden Hazard‘s Chelsea exit has now been further rubber-stamped by the Belgian officially leaving the Blues players’ Whatsapp group.

As revealed by Emerson Palmeiri to ESPN Brasil, Hazard signed off by thanking his former colleagues and letting them know he still loves them all.

“The last message on the WhatsApp group was Hazard’s farewell,”  Emerson said.

“He sent a ‘thank you, I love you guys,’ and then it showed ‘Eden Hazard left the group.’ I said ‘damn, he really left.'”

It’s always tough when a multi-million-pound transfer brings a group text to an end, as these exclusive* screen grabs show. (*imaginary)

– Bernardo Silva trolls Sterling over running style
– Carabao Cup draw to be held in a supermarket
– Beckham a guest at Ramos wedding… but where was Ronaldo?

Liverpool’s recent continental success has not gone unnoticed by a certain Kylian Mbappe, who has admitted he holds Jurgen Klopp’s team in extremely high regard.

In an exclusive interview with ESPN Mexico show “Ahora o Nunca” the Paris Saint-Germain star was asked which club he would pick if he had to play a game of FIFA 19 with money riding on it.

The France international replied: “Maybe Liverpool, because they won the Champions League.”

Not that we’re getting carried away, but adding the lightning feet of Mbappe to that (already rather rapid) Liverpool attack would surely be enough to strike fear into the heart of even the most seasoned centre-back.

Reds fans can but dream.

Joe Hart has got himself a new tattoo, or rather finally had the finishing touches put to a large piece that has been several months in the making.

A solid block of black ink covering the entirety of his right shoulder and upper arm, Hart proudly showed his body art off on Instagram.

“I got my armour on now. Not everyone’s taste I understand that but this definitely represents me,” wrote the Burnley goalkeeper.

Hard to argue that it’s certainly very… distinctive. A worthy addition to the list of footballers’ tattoos.