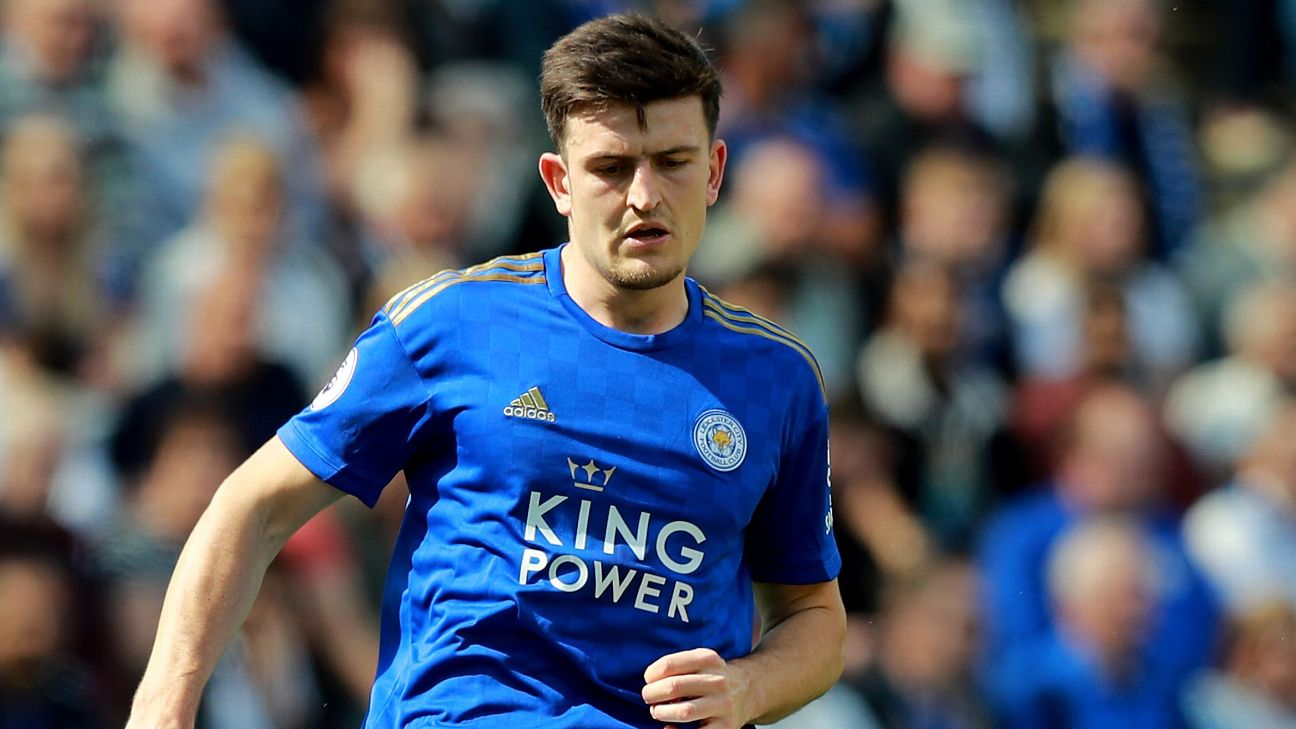 Manchester United and Leicester City are £40 million apart on their valuation of Harry Maguire, with sources telling ESPN FC that the Old Trafford outfit’s initial enquiry rated the England defender at half of his club’s £80m price tag.

United manager Ole Gunnar Solskjaer has made a commanding centre-half his top priority this summer, with the Norwegian keen to solve the team’s defensive problems before the start of preseason training on July 1.

But United look set to miss out on Maguire, who is also a target of Manchester City, due to their low valuation of the 26-year-old.

Maguire has become an England regular since arriving at Leicester from Hull City in a deal worth an initial £12m, rising to £17m, in 2017.

United chose not to pursue their interest last summer, with former manager Jose Mourinho angered by the club’s refusal to back his demands for a new defender. But with United posting their worst-ever defensive record in the Premier League last season, Solskjaer is determined to add a proven central defender to his squad.

United have already abandoned attempts to sign Ajax defender Matthijs de Ligt due to the costs of a potential deal for the 19-year-old, who is also interesting Barcelona and Paris Saint Germain.

But their interest in Maguire now hinges on United executive vice-chairman Ed Woodward sanctioning a more substantial bid for a player who has become regarded as one of the most consistent centre-backs in the Premier League.

United have made one signing so far this summer, completing a £15m deal for Swansea winger Daniel James.

Interest in Borussia Dortmund winger Jadon Sancho has been shelved due to the German club valuing the player at between £80-100m.