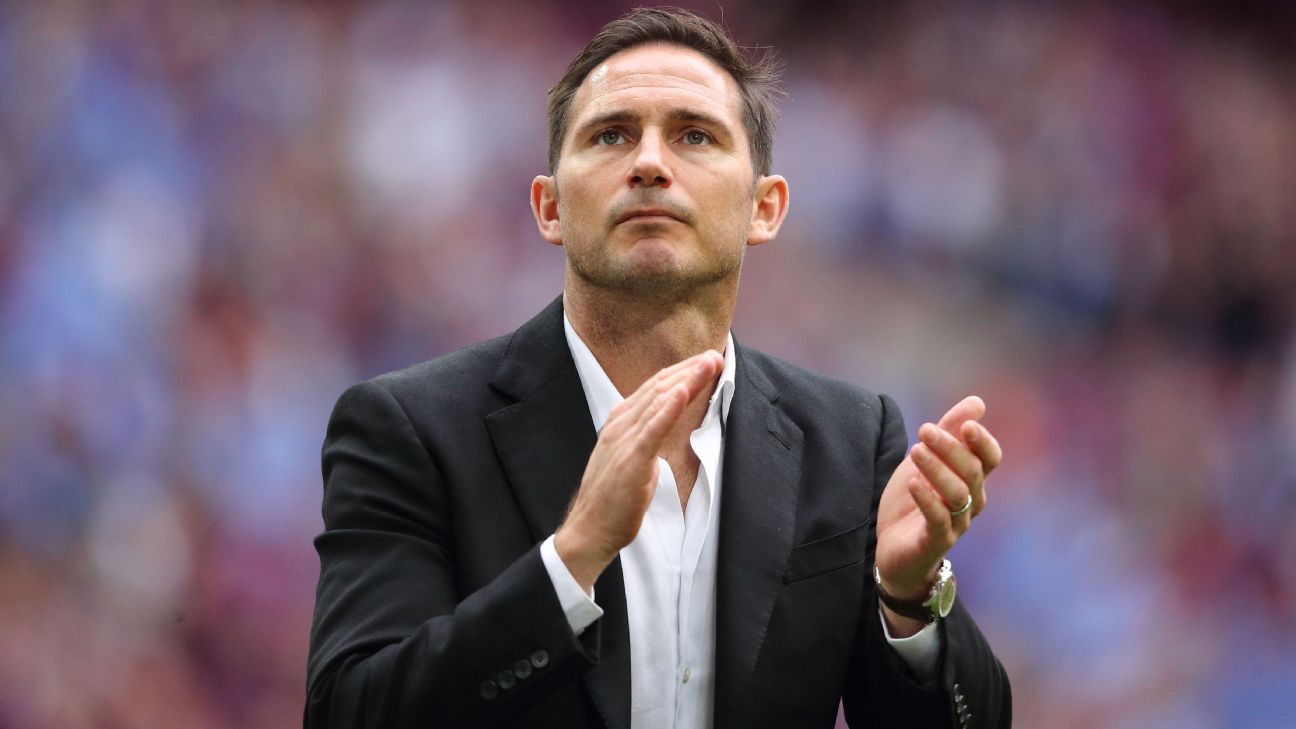 LONDON — Chelsea will make a formal approach to Derby County for manager Frank Lampard this week and want to offer their former midfielder a three-year contract to succeed Maurizio Sarri, sources have told ESPN FC.

Sarri’s departure to take over at Juventus was confirmed on Sunday, with Chelsea director Marina Granovskaia having said the 60-year-old had asked to be allowed to return to Italy in order to be closer to his family and friends.

Lampard has been identified as the preferred choice to take over, with former Chelsea academy coach Jody Morris and fitness coach Chris Jones expected to join him in returning to Stamford Bridge.

Derby want to keep Lampard after a positive first season in which he led a vibrant young team to the Championship play-off final, and are understood to have offered him a contract extension to underline how highly he is valued at Pride Park.

Chelsea would be required to pay £4 million to release Lampard from his Derby deal, but are well placed to do so after Granovskaia secured around £5m from Juventus in the agreement which took Sarri to Turin.

“There’s no change in the situation at present, except for the fact that Chelsea no longer have a manager,” Derby owner Mel Morris said in a statement to talkSPORT on Monday. “We have made it clear to everyone, but most importantly to Frank himself, that we want to retain him at the club for the long term.

“If Chelsea want to hire Frank, then it is in their gift to make an offer in pursuit of that. In the meantime, we will continue to put our best foot forward to continue with our plans for the coming season.

“We will work closely with Frank in that regard, so that he knows how much he is wanted by everyone associated with the club.”

On brink of win, USMNT can’t close out Wales
Courtois busy as Belgium hang on to beat Canada
How the US respond to Wales draw will determine their World Cup fate
Berhalter: Knockout stage for US begins vs. Iran
France must be heard in ‘OneLove’ row – minister