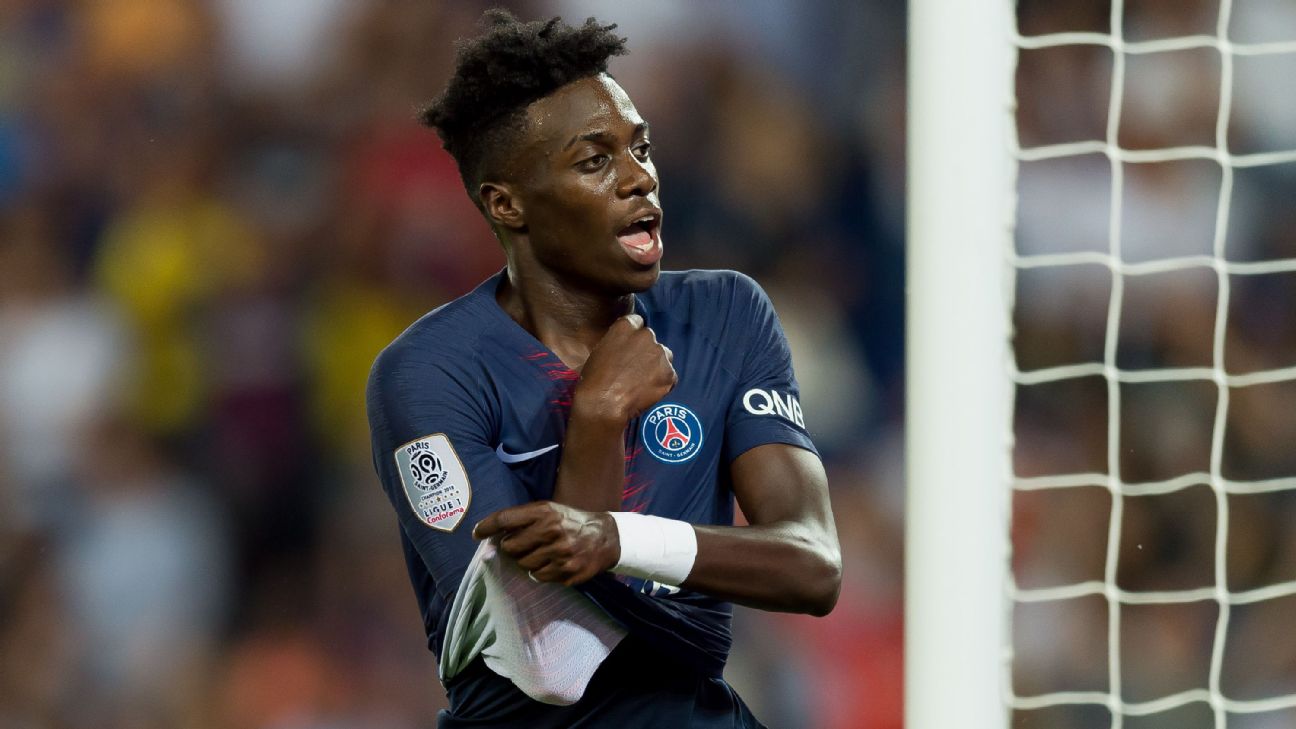 Paris Saint-Germain are in the process of negotiating the sale of U.S. international Timothy Weah to Lille, sources have told ESPN FC.

Although a deal for the 19-year-old is not yet close to being done, as was initially reported by L’Equipe, the French champions have opened talks with the runners-up over the permanent transfer of the 19-year-old.

According to ESPN FC sources, PSG want at least €10 million for Weah, as well as a significant percentage of any potential next sale, as has become a staple for the Ligue 1 champions when selling on their best youth academy products.

Lille are not alone in wanting to sign the United Stars international, but they have stolen a march on their European competitors by opening up negotiations with PSG and hope to tie him to a long-term contract of at least four years in length.

ESPN FC sources revealed last month that the French capital outfit would consider offers for Weah, but were also not actively looking to offload him amid revived interest from Strasbourg among others.

The American scored four goals from 16 appearances across all competitions during his loan spell with Celtic over the second half of last season and already has Scottish and French league winners’ medals after his split campaign between Paris and Glasgow.

Weah recently said it is his dream to establish himself alongside Neymar, Kylian Mbappe and Edinson Cavani from next term but he could find himself playing Champions League football with Lille instead.

Lille enjoyed great success in signing Jonathan Ikone in a similar move from PSG last summer, who went on to combine well with Nicolas Pepe and Jonathan Bamba to earn them a surprise second place in the Ligue 1 table.

Weah scored two goals and added two assists as the U.S. fell at the quarterfinal stage of the Under-20 World Cup in Poland.

Alphonso Davies doubtful for Canada WC opener
Qatar vs. Ecuador makes clear this is a World Cup like no other
Southgate on critics: This is the WC of noise
Turner: Arsenal teammate Saka big threat to US
England make big statement as Jude Bellingham shines in 6-goal win vs. Iran