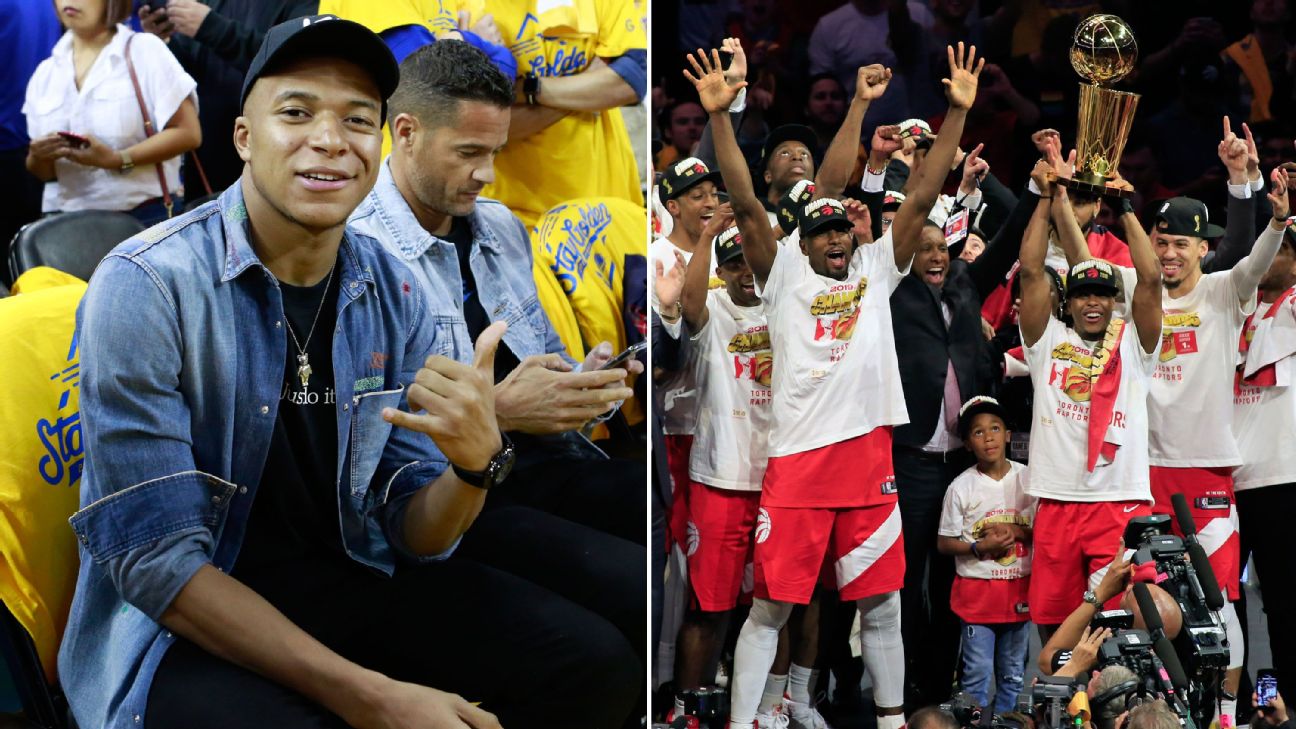 Jump to: Bale tweets about golf as Hazard is unveiled

Paris Saint-Germain star Kylian Mbappe was in town to witness the Toronto Raptors making history on Thursday night by becoming the first Canadian team to win the NBA Championship.

The Raptors mustered a 114-110 Game 6 win over the Golden State Warriors in Oakland to seal a momentous series victory.

– Lowe: Can any NBA team replicate what Raptors have done?

Bale tweets about golf as Hazard is unveiled

Looking forward to watching the US Open this week. Pebble is an amazing course, as long as you drive it well. Cheering for all the #TeamTaylorMade guys this week, especially @djohnsonpga. #usopen pic.twitter.com/9ZEQ0MW09B

Some 50,000 fans filed into the Bernabeu on Thursday night to see Eden Hazard being unveiled by Real Madrid.

While the prospect of a new €100 million player captured the interest of most Real fans, at least one of Hazard’s new teammates had other things on his mind.

Right at the moment that the Bernabeu was filling up with 50,000 fans for the Belgium forward’s unveiling, Gareth Bale sent out a tweet wishing everybody good luck at the US Open, which got under way at Pebble Beach in California.

Bale has reportedly been imaginatively nicknamed “The Golfer” by other members of the Real squad due to the vast amount of time he spends out on the course rather than mix with his teammates.

Rumours also abound that the Welshman is content to sit out the remainder of his vast contract at Los Blancos despite being informed that he is surplus to requirements.