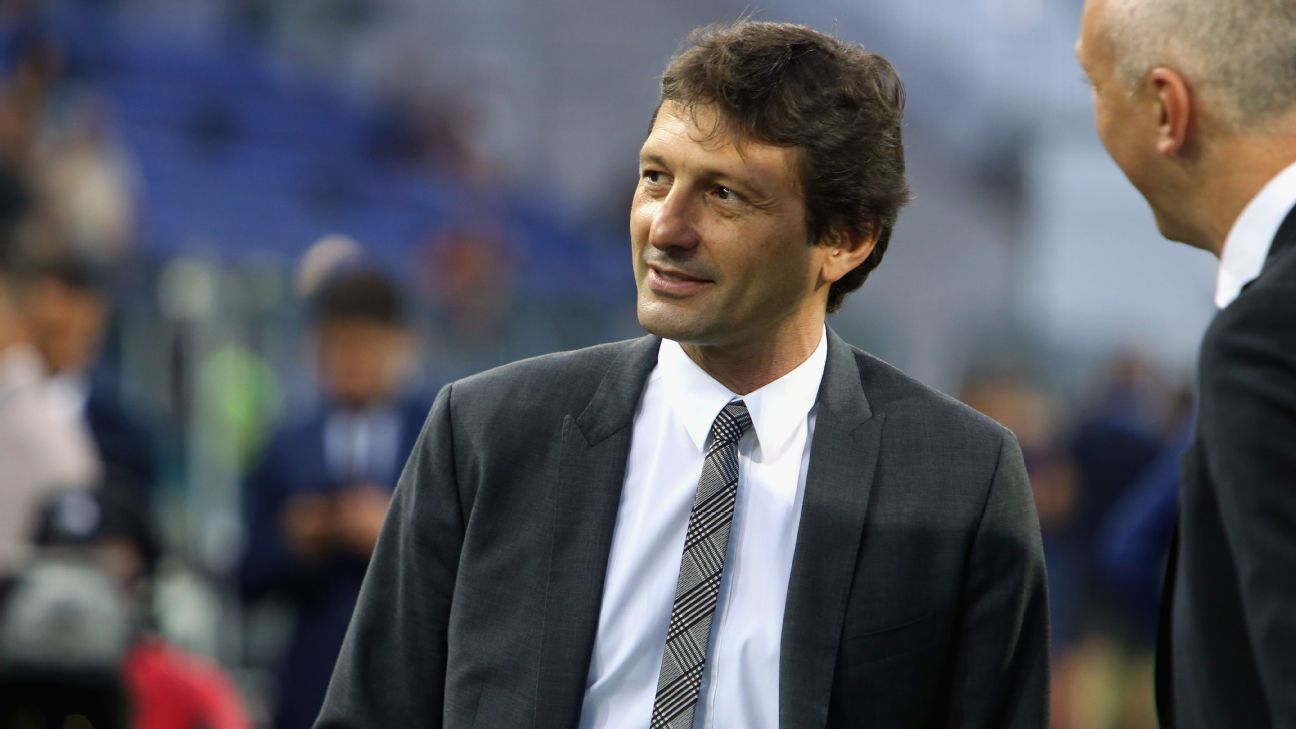 Paris Saint-Germain have confirmed the return of Leonardo as sporting director and that Antero Henrique has consequently left the French champions.

On a busy Friday for PSG, the Brazilian’s return to Parc des Princes after nearly six years away swiftly followed the news that the Portuguese had parted ways with the Ligue 1 giants by mutual consent.

Leonardo, 49, expressed his delight at re-joining PSG, the club where he laid the foundations for Oryx Qatar Sports Investments’ (QSI) lavish project in his previous spell as sporting director, but also played for a productive season between 1996-97.

“I am really happy to come back to PSG once again,” Leonardo said in Les Parisiens‘ official statement. “This club has been so important to me in my football career and in my life. “I had really emotional moments here both as a player in the late 90s and more recently as sporting director along with our chairman Nasser Al-Khelaifi on my return to the club in 2011.

“Today, I come back to Paris full of energy to re-join this club that I deeply respect.”

Leonardo resigned from his role back in July of 2013 and left in August of the same year after receiving a 13-month ban for pushing referee Alexandre Castro after sending captain Thiago Silva off in a 1-1 Ligue 1 home draw with Valenciennes. He spent 2018 as sporting director at AC Milan.

PSG chairman and CEO Al-Khelaifi expressed his satisfaction at seeing the man who kickstarted the Qatari era in Paris by signing the likes of Silva, Zlatan Ibrahimovic, Javier Pastore, Thiago Motta and Maxwell, as well as landing Carlo Ancelotti as coach, restored to his original role.

“It is always a special moment to see Leonardo return to PSG,” said Al-Khelaifi. “Leo has a place in our club’s history, and we all know the role he played as sporting director at the start of our project. PSG has always remained his family and we are delighted to welcome him back.

“His return, with his enthusiasm and talent, will bring the club into a new ambitious cycle and I am sure that this reunion will bring happiness to the Parc des Princes, which has always kept Leo in its heart.

“Leonardo is able to link the PSG generations, which is even more special with the club’s 50th anniversary next year.”

PSG placed on record their gratitude towards the departing Henrique for his professionalism and commitment during his two-year stint before wishing him the best for the future.

While the Portuguese sold well and joined the capital club before the arrivals of Neymar and Kylian Mbappe, he oversaw two years of sporting regression and fell out with coach Thomas Tuchel, midfielder Adrien Rabiot and Motta in his maiden post-career role as under-19 coach.

To cap a busy day for PSG, the permanent sale of Moussa Diaby to Bayer Leverkusen on a five-year contract was confirmed in an unexpected move that will help towards remaining financially compliant with UEFA’s financial fair play (FFP) rules.